Japanese forces bombed Pearl Harbor on December 7, 1941 and constantly bragged that they could invade California at any time. Detective Toby Peters did not believe them. Besides, it was January already and full of cases. Two seemed connected, but the connection did not jibe.

One case involved a murder frame up of William Faulkner and there seemed to be a score of actors interfering with the wife of the deceased. A goon from this case seemed to be responsible for another as well - the death threats against Bela Lugosi.

Lugosi was just trying to make a living after the fame and fad of Universal's 193a Dracula wore off in the bombing of Pear Harbor. People wanted to laugh for the time being, not scream; so Bela accepted work in personal appearances, especially for American troops, and grade B- multi-monster films. He also entertained the kids in his neighborhood with his vampire persona while laying croquet.

All the while, someone was mailing him dead bats with stakes in their bat hearts, along with bloody messages, ever since the Pearl Harbor attack.

A goon in a vampire costume was beating up detectives and maybe killing film agents while a Dracula Fan Club group roamed the streets. They went to beauty salons, dentists, and library shelves all over the city.

Bela Lugosi fills a starring role in this murder mystery that boosts his remembrance as a hero of Universal Pictures and of audience enjoyment and fantasies.

The 1930 - 1940s era and its mystery genre are still celebrated at science fiction conventions, where they are remembered as very good times.

I recently found this book, Never Cross a Vampire , and could not put down the paperback until I was finished reading the whole story. It was a delight for a Lugosi fan and a 1940s mystery fanatic.

'I've got a client in jail,' I said. Seidman was touching Phil's arm to suggest restraint. He wasn't actually going to step in my brother's way if he lost control.

'She's in this with somebody,' I said.

'In what?', said Phil. 'Shatzkin's murder? Newcomb, Haliburton? Is she keeping busy on the side by threatening Bela Lugosi? It sounds like a cheap movie.'

The Attraction Of Vampires

The romance of the vampire genre is palpable. Middle school girls and boys fall in love with these tragic, beautiful creatures, even if the youth give no thought to romantic relationships with their peers.

The Twilight series books and films have been followed with spinoffs and related work, including the interesting Riding Hood, in that film, the identities of the werewolves were well disguised up to the end. In an uplifting triumph, the last one did not have to die and the promise of love reflected in his eyes...

Hollywood for Vampire Films, Then and Now 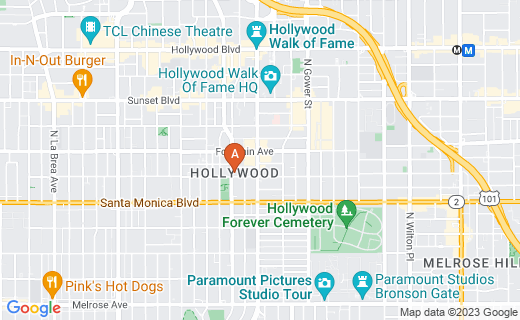 In my collection of vampire films, books. and short stories are some very well written works and others that are fantastic as unique and even funny turns in the classic vampire tales coming out of the tradition of Vald the Impaler's father, Nosferatu, and the actual bloodbaths of Madame Bathory.

One item I lost was a vinyl LP of novelty numbers called Dracula's Greatest Hits. Occasionally, you can find it at an online auction for several hundred dollars. A couple of crossover novels featuring Holmes and Watson against Dracula are pretty good as well.

Stuart Kaminsky wrote a series of mysteries starring a beat up detective called Toby Peters. In the 1940s' setting, Toby changed his last name from Pevsner to Peters to get along better in Los Angeles, as so many people did.

As a detective to the celebrities of the 1940s, Peters took on two cases at once in Never Cross a Vampire in 1942: William Faulkner and Bela Lugosi.

Stuart Kaminsky is the same writer that helped to create the highly successful film Once Upon A Time In America . His film biographies of Clint Eastwood, John Huston and others are well known. A prolific mystery writer, he was President of the Mystery Writers of America, a prestigious organization.

How does a college education boost writing skills for stage, screen, and film? Professor Kaminsky earned a BS in Journalism and an MA in English, followed by a PhD in Speech. He wrote three series of mystery novels, one starring the Peters character in LA (written from 1977 - 2004), another featuring a Soviet detective in Moscow, and a third with a Jewish detective in Chicago.

He wrote a fourth series later that starred a process server and a graphic novel series with other authors in the Kolchak: Night Stalker series. Additional novels were set in CSI:New York and Rockford Files settings.

He was almost as prolific a mystery writer as as Erle Stanley Gardner, who was an attorney (who passed the Bar Exam after teaching himself the law). Atop all this, Kaminsky added many non-fiction works from his experiences and research. His education and college-level instructing experiences helped to give his writing depth and timelessness. This is true even of his pulp-like mysteries that include every bit of period Americana that is available to be found.