I came across one website that publishes interesting English words and their meanings. Each week it would come up with a theme and publish interesting words pertaining to the theme. In one of those weeks, the theme was “word origins from mythological gods and goddesses”.

Greek and Roman mythologies have myriads of gods and goddesses. Their ancient gods and goddesses may have fallen from grace; but have now become special meanings in the English language. Let’s take a look at some of these gods and goddesses, or rather “alien” English words. I have added to the list to make it eleven words. 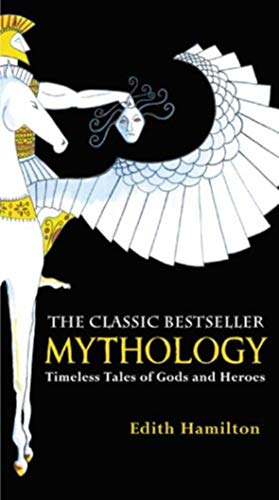 Interesting words and their origins

Aesculapius was the Greco-Roman mythological god of medicine and healing. The Rod of Aesculapius is used by the medical fraternity to denote things relating to medicine. It is the iconic staff with a snake wound around it.

In the English language, “Aesculapian” when used as a noun, means “doctor”. As an adjective it means “relating to medicine”.

While on this subject, Aesculapius had a daughter named Hygieia, the goddess of health, cleanliness, and sanitation. Therefore we have the noun “hygiene” meaning “a practice conducive to cleanliness”.

This word came from Proteus who was a Greek mythological sea god who could change into different forms. “Protean” is an adjective with the meaning “assuming many forms”, “able to handle many different things”, “versatile”, “variable”.

Terpsichore was the Muse of dancing and choral song featured in Greed mythology. She was one of the nine daughters of Zeus and was in-charge of dancing. So the word when used as an adjective, means “of or relating to dancing”. When used as noun, “terpsichorean” means “dancer”. From this Terpsichore, these words were derived; chorus, choir, and carol.

This word came from Bacchus, the god of wine in Roman mythology. The Greek had a similar god called Dionysus. “Bacchanal” is a noun, meaning “ wild and drunken celebration”, “ drunken reveler”.

Morpheus was the god of dreams in Greek mythology. This gives us the adjective “morphean” meaning “sleep-inducing”, “of or related to sleep or drowsiness”. The name of the drug “morphine” is derived from “Morpheus”. The idiom “in the arms of Morpheus” means sleeping.

Incidentally, the father of Morpheus was Hypnos, which leads us to the next word.

Hypnos was the god of sleep in Greek mythology. “Hypnosis” is a noun meaning “an artificially induced trance state resembling sleep, characterized by heightened susceptibility to suggestion”.

The Greek had Hypnos, while the Romans had Somnus. “Insomnia” therefore means “unable to sleep”.

Nemesis was the goddess of retribution or revenge. The word “nemesis” is a noun meaning “something that a person cannot conquer or achieve” or “rival whom a person cannot overcome”.

These two words were not from any god, but also from Greek mythology where the handsome Narcissus got fixated with his reflection that he turned into a flower bearing his name narcissus. And the noun “narcissism” means “a fixation with oneself”.

My last word is a popular term "Achilles' heel" meaning "one's greatest point of weakness". In Greek mythology, Achilles was the greatest warrior in Homer's novel "Iliad". Achilles was invincible except for his heel. And he died as a result of a small wound on his heel.

There is another article that I wrote about personal names having fascinating meanings. If you are interested, the article is called "Personal names with meanings".

There are also names that have become special English words. Read "What's in a special name?"

What about the funny side of English like "English as it is spoken"?

By the way, the website that I mentioned at the beginning can be found HERE.