Are You Going To Eat That Spotted Dick?!

I had oatmeal for dinner...so! It was good, it was filling, and I lowered my cholesterol...I think. My Grandmother used to say, "I'm not eating this because I like it, I'm eating it to survive!" And survive she did! She had some lean times, but always found a way to make a way . I'm kind of like her; at times I eat what I refer to as Grandma meals.

Now mind you, my Grandmother didn't always have less than enjoyable meals, but when she did, she appreciated it the same as a meal that was grandiose; both made her happy. There was a time when my meals were always grandiose, filet mignon one night, fresh grilled salmon the next, and stuffed chicken breast the day after that. I still enjoy beef, seafood and poultry, but now it might be along the lines of beef flavored, shrimp flavored and chicken flavored instant noodles! Yup...and I'm not ashamed! I remain poised, and will doctor these little packs up and get my eat on!

Admittedly, I draw the line with some meals, and won't let anything cross my palate. When I shop I peruse the aisles. Some stores have clearance items in the aisles, and not only on a Clearance Rack. One day I was p-e-r-u-sing and came across a can of Spotted Dick by Heinz. Now...hold on HubPages team, before you flag my hub, Spotted Dick is a traditional British sponge pudding that dates back to 1849. Please don't misunderstand, I mean no offense...I just get hung up on names, and I'm not eating anything that sounds like something you'd have to go to the clinic for! I read the heating instructions, and it said, "To prevent spurting, cover with a paper towel." The Spotted Dick spurts...Lawdy-Lawd, I nearly dropped the can! AND, the Spotted Dick was on the shelf next to custard...WHAT THA'?! I had to read up on this. Spotted Dick is commonly served with custard. Educate yourselves people! Don't be like me ...thinking the store had subliminal seductions in aisle 5!

More p-e-r-u-sing and I came across Obambites. This is vanilla ice cream with red, white and blue gummy bears, and is made by a local company. I mean, I like the President and all, but I don't want to eat him! I visited another store and found, "Damn Good Beef Jerky". I didn't even know that word could be used as the name of a food item; I thought, "How good could it be for only $2.29?!" I'm cheap, but I'm not curious! I go to the store looking for one thing and B-A-M there's a food item with an odd name that leaves me wanting to be on an I.V., or deeply, deeply disturbed.

As a child, I didn't always eat all of my food. I had a strategic move to hide what I didn't like in a bunch of paper towels that I carefully hid under the dining room table. My Mother always left the table for something in the kitchen, and there was my chance! She was never sure what happened to all of the paper towels. I admitted my misdeeds to her a few weeks ago; 40+ years later. I feel so much better; coming clean about it and all...redemption is everything! I think back to my wasteful days as a child, and even my days as an adult when the times were carefree, and am truly grateful that I can buy a roll of paper towels for a $1.00.

I remember a movie starring Charlton Heston, called "Soylent Green". In short, this movie depicts life in the year 2022. The economy was in a tail-spin, people were starving, and literally dying in the streets! Food prices were out the roof; a jar of strawberry jam was a delicacy and cost $150.00! The Government developed a processed wafer to stave off hunger. Through Charlton Heston's pursuits (he was a police detective) he discovers, and announces, "Soylent Green is People!!" We aren't too far from the year 2022, and I wonder, if the current economic climate doesn't improve, will there be a REAL Soylent Green?! I don't want to eat people ya'll!

Wait a minute...I hope I didn't cause you concern. Things are not bad for me people, well...not right now! You don't have to show up at my door with a bag of groceries, I haven't resorted to the potted meat...yet, I'm not staring at the dog...or the dog food. I'm just at a place in my life where I am grateful for the meal; whatever the meal or meal choice may be...but not people...remember I draw the line with some meals! 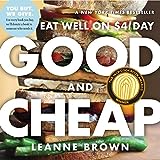 Please Enjoy My Other Articles: