Since 1948, the third Thursday in October has been celebrated by thousands of credit unions around the globe as International Credit Union Day.

Some credit unions in both the United States and abroad celebrate the entire week from Monday through Friday as International Credit Union Week.

Like other holidays such as National Donut Day, Butterfly Day, Pi Day, etc. International Credit Union Day is a holiday created and promoted by private groups rather than being a government recognized or created holiday (although the governors or mayors some states and municipalities do proclaim the holiday each year by issuing official proclamations on behalf of International Credit Union Day).

The force behind International Credit Union Day is the industry's trade association, the Credit Union National Association (CUNA) and its more recent offspring, the World Council of Credit Unions (WOCCU).

What Are Credit Unions and How do they Differ from Banks?

So, what are credit unions and why all the fuss, especially in this era when the world's financial system is still trying to recover from the 2008 crash?

Credit unions are small, local financial institutions that are very much like banks in many ways. However, in addition to their small size and their success in having weathered the financial crisis with little or no damage so far, there are some other differences between credit unions and banks.

The biggest difference between banks and credit unions is ownership. 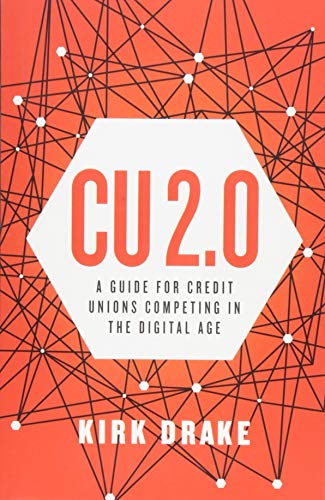 CU 2.0: A Guide for Credit Unions Competing in the Digital Age
Buy Now

Two other differences are, first, the fact that credit union membership is limited to people from a recognized group while bank ownership is open to anyone who is willing and able to purchase their stock.

Second, while the goal of banks is to make a profit for their shareholders, the mission of credit unions focuses more on helping people and/or local communities grow financially.

Unlike commercial banks which will loan money to anyone who meets their credit standards regardless of whether they are stockholders or not, credit unions restrict their services to members only.

In order to take advantage of a credit union's lending services a person person must first join and, to do this, they have to open and deposit money into a share account.

As a part of this mission of thrift education, credit unions also tend to place a greater emphasis on financial education in their marketing than do banks.

The requirement that owners/members be a part of a target group in order to qualify for membership tends to limit the size of a credit union's market and thus its growth which acts to keep credit unions, on average, smaller and more locally focused than banks.

Originally, credit union membership was strictly limited to members of a narrow group which usually consisted of either workers at a particular company, a local union, a local profession (such as teachers in a school district), etc.

In most U.S. states credit unions can now expand beyond a specific company or other group to include a broader market group which is usually defined as people living in aa certain geographic area or affiliation with some loosely defined group.

To understand why credit unions are different from banks, we have to take a look at history. The roots of credit unions go back to the cooperative movements that began developing in Europe in the middle and late nineteenth century.

As a result of the industrial revolution and urbanization, the world was changing rapidly and laborers and middle class shopkeepers and artisans found themselves struggling to survive both physically and financially in this new environment.

To improve their lot, these people began banding together to form cooperative associations whereby they pooled their limited funds to purchase needed goods in bulk thereby obtaining the goods at a lower price than if they had purchased them individually.

The savings were then passed on to the members of the cooperative in the form of goods at a lower price.

In addition to saving money on goods needed to feed and clothe their families or, in the case of farmers, tradesmen and artisans, purchase goods for their businesses, these people also needed to save and accumulate money for security and future needs.

This gave rise to financial cooperatives or, as they came to be known, credit unions.

The concept behind credit unions was simple. People would join the credit union and begin saving. Loans would be made to members who needed operating capital for their businesses or for household needs.

While the focus of credit unions was on the lower middle and working class section of the population, their goal was not charity but, rather, a mechanism to provide a means by which these people could improve their lot in life and build security for themselves and their families.

The Cooperative Solution: How the United States can tame recessions, reduce inequality, and protect the environment
Buy Now

Cooperatives & Stock Companies have Much in Common

The joint stock company or what we now call the for profit corporate model used by the investor/capitalist portion of society is really very similar to the cooperative model.

In this case the goal is to bring together enough capital from a large group in order to create a large enterprise capable of generating profits for the investors.

In the case of the cooperative model, individuals band together to pool funds to save on bulk purchases or accumulate capital for individual needs.

A cooperative is owned by and run by the members with each having a single vote in determining the management of the company.

In the case of the for profit corporate stock model, individuals contribute money to purchase shares which entitle them to a proportionate share of any profits generated by the venture. Instead of equal voting by individual members, each member is given one vote for each share purchased.

Links to Other Hubs on Money & Finance