How To Save Money On Funeral Costs: Beating The High Cost of Dying

This is a rather macabre subject, but let’s face it.....having a funeral can be really, really expensive.  When I think about my own funeral, I think I might literally turn over in my grave or something if I thought of my family paying a bucket load of money to see me off into the hereafter!

Funeral planning has to be at the low end of the spectrum on things to plan for I suppose but then on the other hand, when it comes to budgeting for the ultimate goodbye, wouldn't it be a good idea to save money if we could?  Or at least have some knowledge base to go on so we don't get taken to the cleaners?

My husband's niece is married to a mortician and they run a funeral parlor in Michigan.  During a recent conversation, she was kind enough to point out some of the ways these days that people are trying to save money on funerals.

Here's some of the information I've gathered in talking to her (thank you, Lisa) and also in doing some more research! I think it's worth considering.

TIPS ON HOW TO SAVE MONEY ON FUNERAL EXPENSES

You can rent a casket! Renting a casket is quite commonplace....who knew this? They have special caskets with a liner inside so that you can have a traditional funeral in terms of viewing the body and having a service. However, after the service, the body is removed along with the liner and then cremated. You can receive the ashes back and then do what you want with them or have them stored in a crematorium.

How does this save you money? Caskets are probably the biggest ticket item in a funeral! You can of course shop around......again who knew this? You can actually buy caskets on-line or some Costco stores carry them!

Also not having to transport the casket to its final resting place, i.e. the cemetery, buying a vault (which is required by law now), openings and closings for viewings, vehicles for the funeral procession, etc. add up to a huge savings.

In other words, you can have the service with all the trimmings and eulogies, you can view the deceased and say your goodbyes, and then that’s the end of the "show". The deceased is then cremated....you get the ashes.....end of story.

Cremation is becoming the funeral wave of the future because it’s so much less expensive. But renting a casket and having a funeral service is important to many people because it represents closure and satisfies many people’s religious beliefs in terms of a proper goodbye.

It is estimated that about 60% of people will turn to cremation in the next few years because of the outrageous cost of having a "standard" funeral.

I had already decided that cremation would be my funeral of choice, but I do like the idea of having a service and allowing people to have closure. Memorial services are great.....I’ve been to quite a few.....but sometimes they don’t feel the same as an actual funeral for a person that you have loved and treasured. 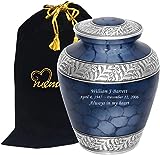 OTHER MONEY SAVING TIPS ON A FUNERAL

A mortuary sometimes won't even tell you that you can save on these things. It's usually after the fact that most people find out how much money they could have saved.

When death knocks at your door, even if you’re prepared for it, you are at your most vulnerable. It’s always a good idea to know in advance what your options are and hopefully this will help you decide in your time of need.

HOW TO BEAT THE HIGH COST OF DYING

In short, there are many ways to save money on funeral expenses.

No one likes to think about this ultimate event in one’s life but the reality is, it’s going to happen one of these days and why pay more than you need to?

Isn’t it more important to spend money on living rather than on dying after all?

I believe that the final act should not burden anyone financially.  I would hate to think of my family trying to "put on" an elaborate funeral.

To be honest, I would much rather them use the meals I have in the freezer and all the goodies and have one heck of a great dinner in my honor.....and maybe toast me as the cook of all time!

Think ahead a bit and keep some of these money-saving ideas in mind.

There really is no need to get into debt when saying goodbye to a loved one.

They can’t participate and I think it is much more important to concentrate on the life that they lived rather than on their death.

Spend the money before they’re gone to honor them and don’t worry about throwing it at them when they’re gone. 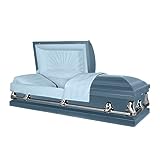