Cutting Costs On Furniture: How To Save Money By Restoring Your Furniture

HOW TO SAVE MONEY ON FURNITURE BY DOING IT YOURSELF

I sometimes think how great it would be to be a carpenter.  If you could make your own furniture, wouldn’t that just be the ultimate?

Think of the money you’d save, and think of the beautiful pieces you could create!

Realistically, not many of us are carpenters, so we have to sometimes pay a lot of money for the furniture we need in our lives.

Sometimes though, we just can’t budget for or justify forking out money on something like furniture.

So what to do instead if you want something new for your home but you just can’t afford it?

The answer is to do it yourself.  Anyone can do it.....seriously!

We can all learn do-it-yourself furniture tasks and they are not that hard.

Let’s look at a few great ways to recycle or repurpose furniture.

You never have to leave home to do it…  Well maybe a little to get materials but you can turn old into bold and worn into reborn!

TIPS ON HOW TO SAVE YOUR FURNITURE AND SAVE MONEY

Don’t throw it out! Before you think of just chucking your dresser because it’s dinged and banged up, think about it. Do you want to put it out for a garage sale and make $5 or $10 on it? What’s it going to cost you to replace it? This is the most important question.

I had an old dresser...the first one we bought when we were married in 1975. It had been in storage and was a little worse for the wear. The mirror was a mess from age and the finish, which was maple, was just way out of date. I thought about selling it but realized that I’d never get any money for it. It was a beautiful old dresser and the more I looked at it, I realized that with a little paint and elbow grease, it could be restored.

I bought some stripper and within several days, I had stripped it down to its beautiful natural wood. When I stripped off the finish, I realized what a treasure it was! I then experimented with stains to bring out the best color in the wood and found a hickory hued stain made this disaster into a beautiful treasure!

I took the mirror to the local glass shop and for a nominal fee, they replaced the glass and it looks brand new! Think of the money I saved from not buying a new dresser! This is a 9-drawer dresser and would have cost me over $1000 to replace.

COLOR IS THE FABRIC OF OUR LIFE

Many years ago, I bought some dining room chairs to go with our dining table. Because I wanted upholstered chairs, I paid more for them than regular chairs. At the time, I was in my "blue" stage so the chairs were a beautiful shade of blue. Everything in my house was blue, beige and brown and that was my color scheme. However, years later when I moved to Central Oregon and decided to go with browns, greens, golds and brick reds, yuck! I was very aware of the fact that I had all these other colors and my chairs were blue. Gasp – what would the decorator police think?

Being frugal, I lived with it for several years, and when I had saved up some money, I started to think about what I could do. I went to the fabric store and found that they had many upholstery fabrics that were beautiful (who knew) and many of them were totally affordable! I also did what I do best….shop the coupons…and shop the sales. I told myself that I was only "allowed" to buy something that was on super sale and that went with my color scheme. If I didn’t find it, I walked. After a couple of trips through the fabric store, I found just what I wanted and in enough quantity that was perfect. I even bought extra just in case (which turned out to be a great idea when 2 years later, my little darling Griffin the malamute chewed the end off one of the chairs!) The cost to cover 8 chairs? $20 - and that was with material to spare! The backing material cost about $5.

I got the idea because some time before this, I had heard someone in the fabric store saying that she couldn’t afford new seat cushions. So she had learned to do it herself. I ended up talking my husband into letting me take one of the chairs apart (we had a staple gun so we could put it back together if all my efforts went south). I took my material home...after all it was "only" $25 so if I screwed this up, I could always make dog blankets or something with it!

I took apart the chair pad and realized that the padding was already built into the chair itself. All that I needed to do was create a pattern from the material I took off, ditto with the backing, and voila! I just had to refit the material to the chair, staple it on and I would have brown chairs!

Well, I cut out all the patterns and did try my best to make the cushion look the same as it had looked. However, there is a trick to upholstering which I probably should have thought about. Or I could have taken a class on it at the local fabric store. The problem was that the corner parts are really hard to get "just so". The chair looked "okay" but I wasn’t happy with the do-it-yourself job.

The solution? I called an upholsterer (actually several) in town and got the best price per chair, which was $20. Since I had all the parts cut out, it was a simple job and he just did the fitting for me. By the way, originally, I was quoted about $100 per chair to have someone redo them in a new color. That was including the material but obviously, I was able to save a bundle on the fabric and the labor.

So with a little ingenuity and doing most of the work myself, I ended up saving a bundle on my chairs and I now don't ever have to worry about the fashion police or the decorating police slapping me with a fine!

HOW TO SAVE MONEY ON FURNITURE BY REPAINTING

When all else fails, and you have a lovely piece of furniture but you just can’t strip it or stain it, they have this marvelous paint I found.  It's an interior/exterior oil finish paint that comes in all kinds of colors and textures.  The great thing about this paint is you don’t even have to strip or sand the furniture you’re painting.

It simply goes over the top of any existing paint or stain and leaves you with a totally different look to your piece with a dull or shiny surface depending on what finish you select.  And how does it stand up to wear and tear?  Fabulously!

I used this paint to repaint several pieces.  We had some old nightstands that were only partially wood so they could not be stripped and stained.  I have black furniture in our bedroom, so it seemed logical to just paint them with a distressed black type of look.  They turned out beautifully!  The painting was so easy it was incredible.

I did the same with my deacon’s bench which was pretty banged up from years of wear.  I could have stripped it down and restained it but I really didn’t want to do it to be honest.  So I painted it with the same paint with a flat finish to it.  It now is a beautiful distressed black that really stands out.  I also recovered a cushion I had (that was blue) with the same fabric as my dining room chairs that I went back and repurchased later.

HOW TO SAVE MONEY ON REFURBISHING PATIO FURNITURE

If you have old patio furniture, a BBQ that works beautifully but just needs a new coat of paint, pots that are perfectly serviceable outside but that look horrible, spray paint works like a charm.

We have several little cafe tables on our deck and patio in the backyard that have withstood many rain and hail storms and have also been baked by the sun.

I have purchased rustproof sprays and just taken them one by one and made them new again.

Likewise with my clay pots outside or flower containers that start to look a little sad and less than new looking.  Instead of purchasing new this and that, I try and just keep what I have and give it new life.

When using spray paint, just remember the over-spray factor! You can use plastic or tarps hanging from the garage ceiling to seal off an area to keep the wind from giving you a fit with over-spray.  Or use a protected area behind your fence if you have a day that is relatively wind free. You can turn old and beat up to brand new in a matter of minutes with spray painting.

Same goes with an old BBQ...or you can hand paint if you'd like though that takes a bit longer.

HOW TO SAVE MONEY ON FURNITURE

I believe in recycling to the core of my being. I believe that this is the only way we can actively preserve the world we know and love.

Don’t we owe it to ourselves to try and think of ways to recycle what we already have?

Why buy more stuff when the stuff we already have is too much in most cases?

It’s that old want versus need theory.  I try these days to always think about it before I leap.....do you really need something new? Or wouldn’t it be better to turn something old into something new?

And don't forget about that scavenger idea...you can find terrific buys or even freebies on Craigslist, freecycle, etc.  That's really saving and getting into the spirit of repurposing! Taking someone else's throwaway and making it a beautiful piece of furniture is to coin a word, priceless.

Give it a try.  You’ll surprise yourself at how wonderful it can feel to create your very own treasure and something you can be proud of telling the world about....hey - I did it myself! 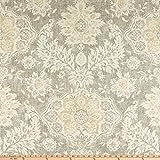