There is not a better feeling that ripping through the water on your jet ski on a hot, humid day, while the cool water splashes on your face and sprays your body, cooling it off.

There is not a worse feeling than looking at your broken-down jet ski sitting in your garage after you ripped a hole in the bottom of it because you didn't see the stump just below the surface level.

The best way to cover yourself from not having one of those bad days is to purchase personal watercraft insurance.

Here are some true stories of some things that have happened to jet ski owners that you think will never happen to you:

Somebody dumped a stop sign, pole and all, into the lake. An 18-year-old boy on a jet ski ran over it, it was just under the water line, and put a nice rip in the hull. It sank immediately.

A 16-year-old girl was driving her jet ski in front of her friends' boat. Both were traveling at 40 mph. The jet ski died, the boat ran over her and the jet-ski; killing her instantly.

A 32-year-old man lost control of his jet ski and ran into a boat dock. He had minor scratches and bruises, but it did considerable damage to his personal watercraft and the boat dock. The owner of the boat dock demanded that he pay for the damages. The man ended up paying $6,000 in damages on the dock, and didn't have a jet ski to ride anymore because he didn't have insurance.

A 42-year-old woman was riding her personal watercraft while pulling her 8-year-old son and her best friends' 9-year-old daughter. The woman lost control of her jet sk while turning at 50-mph, slamming into the hull of the boat and exploding the boat and the personal watercraft; killing herself and two people on the boat. The children were sent into a whip that ran them into another boat, killing the girl and badly injuring the boy.

These are among a few stories about what could happen to you, but most likely won't. But it's like everything else in life, if you're willing to take the chance and you have enough money to pay the damages, you don't need insurance.

The biggest reason most people don't get personal watercraft insurance is because they don't want to spend the extra $250-300 per year for something they use only a few times per year. 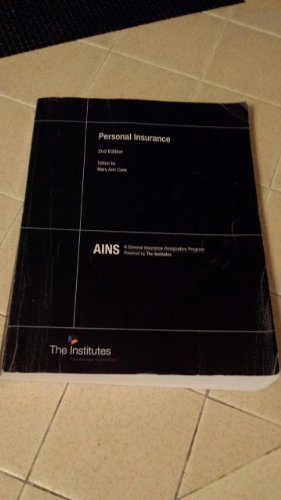 However, there are many things that personal watercraft insurance covers that you can't put a price tag on. Those things include damage to another craft or dock , bodily injury or death to another person due to your negligence, and the negligence of another driver while using your jet ski.

Moreover the personal watercraft insurance (PWC Insurance) covers towed water skiers or wake boarders who become injured using your craft as well as physical damage to the hull, machinery, and equipment. Jet ski insurance also covers injury to you caused by an uninsured watercraft operator and towing assistance if you break down on the water.

The best way to make a decision about anything is to weigh the pros and cons of purchasing insurance for your personal watercraft.

The pros to having jet ski insurance is that you don't have to worry about being stranded in the middle of the lake, paying medical bills, or paying for damages to your personal watercraft or other personal property. It is also to know that if anybody gets hurt on your jet ski, you're also covered.

The cons of owning personal watercraft insurance would be paying all that money every year and only using the jet ski once a year, or never filing a claim on the insurance.

Overall, the final decision to purchase insurance for your personal watercraft is up to the individual. However, just like anything else, it's always better to have it and not need it than to need it and not have it. The choice is solely up to the owner; it's not required anywhere to have it like automobile insurance is. However, personal watercraft or jet ski insurance is something that if you can't afford to replace it or pay for medical bills, then you might want to look into it.

Video: The Importance of Having Personal Watercraft Insurance