The FCC is made up of a board of six appointed commissioners who served at the convenience and pleasure of the sitting President. The commission was originally created by the Communications Act of 1934 with the primary focus of regulating the radio industry. Since that time, various acts and amendments to the acts have expanded both the responsibilities and the scope of regulation of the Commission to include television networks, shortwave radio, broadband, interstate communications to include internet, wire, and satellite. The Commission also acts as the primary licensing body for all radio and airwave related functions within the USA to include the hardware and software employed in the transmission of such communications.

The original intent behind the agency was to monitor the airwaves for abuse and profanity. This is the tie that makes the licensing process a responsibility of the agency. Basically, if an airwave provider could not comply with the regulations regarding that mode of communications then the licensing of that agency would be brought into question or possibly a fine would be levied for misconduct.

By 1996, the mission of the FCC would be most accurately stated as follows: make available so far as possible, to all the people of the United States, without discrimination on the basis of race, color, religion, national origin, or sex, rapid, efficient, Nation-wide, and world-wide wire and radio communication services with adequate facilities at reasonable charges." The Act furthermore provides that the FCC was created "for the purpose of the national defense" and "for the purpose of promoting safety of life and property through the use of wire and radio communications. "

For its present day goals, the FCC has identified six areas in which specific actions are to be taken and progress registered. They are as follows:

In the areas of Broadband , the commission’s strategy is to regulate technology in order to provide a neutral, fair, innovative, and competitive environment for broadband providers such that all Americans will have access to a robust broadband network of reliable products and services.

In the Media arena, the Commission is focused on transitioning all entities to the digital base of operation. In addition, the FCC desires to offer regulations which promote and foster competition and diversity in the marketplace.

In terms of the Spectrum of communications, the FCC will basically monitor and regulate in a manner which allows the entire public communications spectrum to be effectively utilized in an efficient and effective manner while offering the best products and services to promote competition and growth throughout both the domestic and international sectors.

The Commission will also review and “modernize” the FCC to deal with the newest technologies and offer the most efficient and effective methodology of operations.

With regard to Homeland Security and Safety , the Commission is focused on making sure communications facilities licensed by the FCC provide emergency, health, safety-related communications in order to service the public need.

While all of the above six goals are noble ones and arguably, to a degree, in-line with the mission statement of the Federal Communications Commission, one cannot help but wonder how the current FCC Chairman, Julius Genachowski, can aspire to the levels of regulation which he is currently proposing. Just this past week, the FCC gained government approval to regulate the Internet within the borders of the USA.

President Obama ironically stated that this plan would, “help to preserve the free and open nature of the Internet while encouraging innovation, protecting consumer choice, and defending free speech .”

Given the consideration that the Internet has not been regulated up to this point, how then can we determine that we have improved any one of those elements outlined in Obama’s quote. Anytime regulation comes into play, the environment becomes more constrained which can only work to hamper the items which he has cited in justifying this particular move. This move simply opens the door for the government to expand its regulation to include the registration and licensing of any and all users of the Internet and then to either charge fees for that authorization or to use the information as a basis for creating a tax structure of internet commercial transaction. In any case, I assure you that all you have to do is eventually follow the money to find out what the intent is in this case.

Ultimately, this move with the Internet and some of the potential changes which the FCC is contemplating in the review and licensing process for radio and televisions will play heavily into the program balance and content of existing stations and potential even some websites.

It does not take a genius to see what is happening in this approach. There are many within the Washington beltway who feel that the liberal agenda is not being heard by the American public. They actually believe that is the reason that the country tends to lean to the right on most issues. So, if the FCC can force a more balanced approach in program offerings then the public will hear the liberal agenda. I find it quite interesting to speculate that the same consideration would not be given if it was the conservative agenda which was diminished on the air waves.

On the basis of what the FCC is attempting to do, we can construe that far too many in the talk radio and Internet vein have subscribed too heavily to the conservative slant. Never mind that conservative talk show hosts seem to have a quite broad audience of fans who contact local stations and request that their favorite talk show hosts be given air time on the station. In turn, given the loyalty of listeners, that station is able to take the numbers and turn it into effective tools for advertising revenue generation…basically the lifeblood of the radio and television industry. On the other hand, the way the FCC views things, the communications environment in America is a public one therefore this becomes the basis to demand that all programming be fair and balanced thus providing a media outlet for those liberal talk shows which cannot stimulate enough audience to hold their own in the commercial talk radio markets. This particular move will in one fell swoop remove the private sector radio and television stations from the free market system in America and basically put them under the thumb of the FCC for content by using licensing as the lever. Perhaps we should contact the Russians for advice on how to implement this system effectively.

The FCC, under the presidency of Ronald Reagan, was forced to re-examine its practices and modernize to the point of moving toward a more market-driven perspective in its regulation of the airways. This allowed radio and television stations to concentrate their efforts on the types of programming which was most popular with the listener or viewer and would in turn bring in the best revenue streams. That configuration has continued now up to present day and suddenly there seems to be a high level of interest in shifting things away from a market-driven base in communications programming and back to an environment monitored and regulated by the government. This would not be a direction one might expect a democratic republic to pursue.

Under FCC guidelines, an existing station can be re-licensed if it meets the requirements of public interest, convenience, or necessity . Assuming complaints have not been filed which must be adjudicated prior to re-licensing, this would appear to be the Commission’s level of involvement in the licensing practice. Obviously, public interest has much to do with listener loyalty and advertising sales therefore station management and ownership pays close attention the numbers and aligns their programming accordingly to maximize public interest. In effect, the other two considerations are more a concern of the Commission than of a given station as long as the station is accessible on its licensed channel had provides an avenue for public complaint. Additionally, stations regularly begin and end talk show type radio broadcasts with a statement stipulating that the views of the commentator are not necessarily those of the management and ownership of the station thus one would have to stretch a bit to say that station owners and managers are simply leaning their programs to the conservative stint as a service to the conservative viewpoint. Things don’t work that way in an open, competitive market. If it did, I suspect that every other station on my FM radio in the Dallas-Fort Worth area would not cater to the Latino population.

The FCC is also beleaguered by a study it commissioned in 2004 which was shared with Senator Barbara Boxer, a rabid liberal of California. Apparently, the Commission had dropped many requirements in its stipulation of how many stations one owner could have in a given market or markets. As it turns out, the report indicated that station ownership in terms of the diversity of owners had dropped by 40%. Given Ms. Boxer is a liberal, I am quite certain that she is convinced this is a conspiracy which is being carried out to silence the liberal voice in America. The thought never crosses her mind that it might just be good old fashion capitalism at work selling advertising by employing the path of least resistance theory. Otherwise, why would I see so many Latino stations popping up on my local dial?

With the above incident in mind, one might better understand why there is pressure on the FCC Chairman to balance the scales toward a more liberal stance in the broadcasting industry…even if it does not sell laundry soap very effectively. We cannot let capitalism come ahead of socialism when it comes to properly orienting the American radio listener or television viewer. I wonder if they have ever given any thought to the concept that the listener or viewer has an on/off knob on their electronic device which allows them to undermine any government effort to make them listen to what they don’t care to hear. The great thing about that knob is it works toward either side of the aisle and guarantees that the individual still retains the right to think for his/herself.

Let’s get down to last and most important part of this discussion. The First Amendment to the Constitution in the Bill of Rights reads: Congress shall make no law respecting an establishment of religion, or prohibiting the free exercise thereof; or abridging the freedom of speech, or of the press; or the right of the people peaceably to assemble, and to petition the Government for a redress of grievances. On the basis of our right to freedom of speech, we must question the bounds of the FCC’s desires and their charter. When regulation of a radio or television station, or the Internet, for that matter, reaches the point that the government is dictating the information that is available in terms of content, programming, and format, I think there is a reasonable chance that our rights of free speech as citizens of the United States of America have been violated.

This is an activity to be carried out by the FCC for which we as citizens must remain vigilant and ready and willing to call or write to our elected officials and complain. In fact, why not complain now before the process gets too far along so that those in elected office will know that a significant portion of the American public is not in favor of government run media outlets in America. 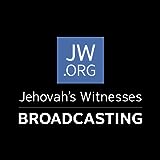