Congress shall make no law that applies to

the citizens of the United States that does not apply equally to the Senators and/or Representatives, and

All existing laws and regulations that do not meet these criteria shall be declared null and void.

It is I think, high time we bring our elected representatives back to the real world of life in the United States. We have heard all the stories, from unpaid taxes on millions. To special treatment by Banks they regulate. The list goes on and on, Republican and Democrat alike.

Even after the recent Election in Massachusetts, it seems the pols just don’t get it. So I think it’s time we bring it home to them.  In a united, clear, and convincing voice, we must demand that our elected officials submit to the same laws they bring to bear on us.

Some say that there is no way they would vote against their own self interest in this way; and to that I say ‘Bunk’! They will if we the people, start flooding them with the demand that they do so.

I would take it a step further and email the White house and insist that the President start the initiative, along with the line item veto. I have provided links for you to do both. There is also a link to join in an online petition but I would suggest you contact your representative directly by email, phone, and letter to express your opinion. There is nothing quite so powerful as tied up switch boards and bags full of mail to get the point across.

I cannot take credit for thinking this up and there are other proposed 28th Amendments out there so you should be specific about this one. I think the simple ones work best, and I don’t think we have to get any simpler than this to get out point across. It is also the fundamental point of the TEA Party folks I think, and once again, here the current pols just do not get it. They may pick and choose among the two parties for candidates, but the ones they’ll vote for are gonna listen loud to this message.

Some of These May Interest You.. 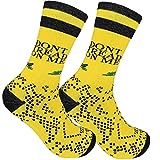 Dont Tread On Me Tea Party Gadsden Flag Socks Made in the USA, Yellow, One Size Fits Most
Buy Now

Like What You've Read?? Give it a Thumbs up!

Do You have something to say??? Join Hub Pages - It's Free!!