Overpopulation and Culling Of Individuals

People, animals, bacteria, molds, even cancers reproduce and spread to fill up the landscape in which they live. Prevention and reduction methods work on many of these entities, but not so effectively on human populations, except for genocide and serious disease, two implausible methods to apply purposely.

People cannot effectively be made to stop having babies. In the 2010s, America sees over 3,500 abortions on average daily, while China experiences 35,000 abortions daily. Certain third world countries practice female infanticide in times of extreme hardship just as they have always done. The key to the last practice is female, the female of the species being held as 1) not valuable and 2) scorned as able to have children that are additional unwanted mouths to feed in hard times.

Birth control and abortions do not decrease world population overall, as shown by the increasing world population numbers every year. Some nations experience population declines, partially from residents moving elsewhere, but nations suffering large increases more than make up for those losses overall.

The Zero Population Growth movement in America did not work in the late 20th Century. In Ohio during the 1970s - 1990s, state legislation was discussed that would require sterilization of female public assistance recipients. It did not pass out of committee. Welfare Reform on a national level in the late 1990s instead limited cash benefits to three (3) years only, with no additional benefits distributed for more than 3 children, ever. It did not work ---

In my state, a bypass system was quickly put into effect by the population in question. A single parent with three children would receive cash benefits for three years, transfer legal custody to the next door neighbor and keep the children at home, while the two adult neighbors split the cash benefits between them. The first mom would sometimes have up to three additional children and receive additional cash benefits for three years. Custody of the kids would be transferred up and down the block, adults sharing the benefits. With Case Workers handling up to 400 families each with ongoing follow-up every month, the grassroots program could not be stopped and sometimes, not detected for several years. The birth rate did not decline.

China is over the tipping point of the threshold number of people living in one land area that can be supported adequately. People are dying and more people will die - many of them. The one-child-only program of 1978 is not preventing these deaths or overpopulation; and in some cases, is causing more deaths. Infants are dying by design, while the population remains too large to survive long term. Nature's solution is that many more people will die, from starvation and illness

Sanctions Also For Women Who Do Not Have Children

Chen Guangcheng is the blind activist that fought extreme family planning techniques in China for many years (and now fights from his base in America), was placed under brutal detention, and finally was released to come to the USA. His ordeal brings to light the atrocities of forced abortion and other population control methods used in his native land. He is the living witness in 2012 of these events, his punishment further proof of their existence, even when other voices say that forced abortions do not happen or are illegal. Legal or not, they occur. In addition, women can now be charged large monetary fines for a second pregnancy.

I first heard of the extreme methods of enforcing the one-child policy in the mid-to-late 1980s through a documentary film series on PBS that focused upon Chinese medical and family planning procedures. Films included, among others, some narrated by the well known Bill Moyers. In the 1990s, I saw medical documentaries concerning forced abortion in conjunction with my training. By 2010, I had met several people that had fled China to escape forced abortion, seen forced abortion, or studied this procedure in their medical training experiences in filming documentaries or comparing Eastern and Western Medicine.

The video below carries text explaining more of the situation.

Song written in repsonse to 1995 and 1996 documentaries shown in UK about dying rooms, references listed at end. 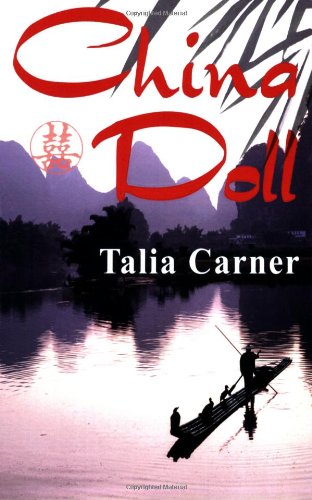 China Doll
The author learned that because of lingering starvation, the social experiment of the cultural revolution, or the current sacrifice under the one-child policy, Chinese have been losing their baby girls through "coercion, prejudice, neglect—and outright murder."
Buy Now

Reports exist that couples among China's endangered nationalities (minorities) have been permitted for a few years now to have at least two children instead of only one. These minorities are usually found in rural areas of the nation.

The extent to which extreme family planning measures fought by activists are spread throughout urban areas of China is not well known, but an upset husband that posted pictures of his wife and dead 7-month-old fetus to the Internet created an international uproar in June 2012.

Aside from forced abortion, China still is home to killing rooms or dying rooms. Certain infants are paced at birth in a room, the door closed and they are left to die. Some orphanages and some hospitals have both housed these rooms, but not all orphanages or hospitals have them. Below are Youtube links showing some of these conditions. Some are quite graphically disturbing and some show many babies and 1-year-olds tied with rope into potty chairs and to each other all day, wearing trousers that have no crotch material. Their life is permanently the potty chair.

Further Details On the Chinese Woman