Steve Biko - a remarkable person and martyr in South Africa

"You can blow out a candle / But you can't blow out a fire / Once the flames begin to catch / The wind will blow it higher" . - Peter Gabriel: “Biko”

On 12 September 1977 Steven Bantu Biko died. His body was emaciated and battered. It was the police who killed him.

On the night before he had been driven from Port Elizabeth to Pretoria, a distance of about 1500 kilometres, in the back of a Land Rover, naked and chained to the floor.

He had been interrogated for some 22 hours in Port Elizabeth and was already near death when it was decided to take him to Pretoria. His body was a mass of bruises and he had severe head wounds when he was packed into that Land Rover for the long journey through the late winter cold.

Biko died of a massive brain haemorrhage caused by the beatings he had received at the hands of the police. They claimed at the time that his death was the result of a hunger strike. 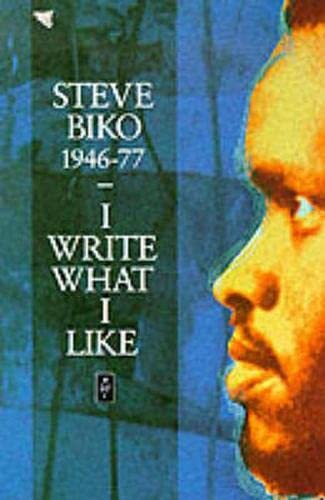 I Write What I Like : A Selection of Writings
Buy Now

“If one is free at heart, no man-made chains can bind one to servitude.” - Steve Biko in “Black Consciousness and the Quest for a True Humanity.”

Biko was a South African student leader, having led a break-away group of university students out of the liberal, mostly white, National Union of South African Students (Nusas) to form a black body called the South Africa Students Organisation (Saso).

He had been born in King William's Town in the Eastern Province on 18 December 1946. Biko, after high school, in 1966 entered the medical school of the University of Natal in Durban to begin medical studies. Here he became involved in student politics as a Nusas member, but soon found himself chafing at the liberal paternalism of the white students. He was also convinced that blacks needed to develop self-reliance and to restore their pride in their culture and history.

He therefore led the break-away from Nusas and helped to found Saso in 1968 of which he was elected president in July 1969.

In December 1970 Biko married Ntsiki. He left the medical school in 1972 and began to work for an NGO called the Black Community Programme (BCP) in Durban.

In early March 1973 Biko, along with several other Saso leaders, was banned and restricted to the King William's Town district. Having moved back to his hometown he immediately began setting up an Easter Cape branch of BCP, but at the end of 1975 an extra clause was inserted into his banning order making it illegal for him to work for the BCP.

The following year he was detained under the notorious Section 6 of the Terrorism Act for a period of 101 days during August to December.

The end and the beginning

On 18 August 1977 Biko was again arrested under Section 6 and taken to Port Elizabeth for interrogation.

His subsequent death in Pretoria shocked the country. When he first heard the news of Biko's death, the white editor of the East London Daily Dispatch , Donald Woods, who had met Biko and become a friend, was incredulous: “I know the Nats (the Nationalist Party which instituted apartheid) are mad – but even they aren't so mad as to let him die of anything in detention.” Woods phoned Biko's family to get confirmation and was devastated to hear that it was true – Biko was dead.

Biko was an eloquent speaker, and an attractive personality. He was a thinker of some depth and a writer who could put complex ideas into simple language. He was, in other words, a great communicator. His banning effectively silenced him.

Biko also lived what he preached, not being subservient to anyone.

His coffin was drawn on an ox cart through the streets of King William's Town on its way to the graveyard. The funeral was attended by tens of thousands of mourners from all over the country.

The funeral marked the end of the bodily life of Biko, but his influence is still felt. The apartheid regime created a martyr whose memory will live for as long as people value self-respect and freedom.

As he wrote in 1973: “We have set out on a quest for true humanity, and somewhere on the distant horizon we can see the glittering prize.”

The text on this page, unless otherwise indicated, is by Tony McGregor who hereby asserts his copyright on the material. Should you wish to use any of the text feel free to do so with proper attribution and, if possible, a link back to this page. Thank you.