How to Protect Yourself from Being Mugged

A mugger is someone who intends to rob you in a public place and may be prepared to use violence to do so.  Also referred to as highway robbery, pick-pocketing or purse-snatching, mugging is an increasingly attractive crime because people carry a greater number of valuable items with them than ever before.  Twenty years ago, a mugger might escape with your watch and wallet.  In this age of technology, a criminal might also get a cell phone, a laptop computer and an IPod as well.  Because these items can be quickly and easily resold, mugging remains prevalent in all parts of the United States.

In any dangerous encounter, your safety must take precedence over any other concerns.  Your well being is always more important than possessions.  Each situation is unique and unpredictable, but you can minimize the likelihood of violence during an attempted theft through a few simple actions. 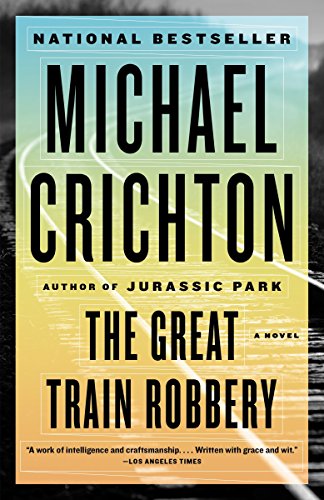 Protect yourself from danger

How to protect yourself

Travel in well-lit areas and minimize your travel time. It is only common sense to realize the longer and further you travel, the more likely you will encounter a threatening person or situation. Avoid short cuts but get where you are going, especially during evening hours. According to Bureau of Justice statistics, most muggings occur between 6:00 PM and 12:00 AM.

Avoid traveling alone after dark. If you must travel alone, walk with a sense of purpose but don’t hurry—you will appear frightened. If an area makes you particularly uneasy, don’t be afraid to act “crazy.” Talk or sing in a loud voice or walk in the street instead of the sidewalk. This will draw the attention of other pedestrians as you walk, making a discreet crime more difficult. It may also convince an attacker that you are unpredictable and a poor target.

Keep valuables out of sight. Cell phones attached to a belt or a wallet bulging from your back pocket will only tempt thieves. Men should carry valuables in a front pants pocket or jacket whenever possible. Avoid using your cell phone or IPod while walking about—it not only advertises that you have valuables to steal, but thieves perceive you as distracted and an easier target.

Assume the mugger is armed. Twenty percent of all violent crimes were committed by an armed offender, and seven percent carried a firearm. Your assailant will give himself every advantage over you that he can. If the thief is carrying a gun, assume it is loaded. Never fight with your attacker. Movies and television make it appear you can outfight an armed criminal, but you are no match for a knife or a gun.

Look into the eyes of your attacker. Don’t give him a dirty or defiant look—just make eye contact. This simple action can potentially accomplish several things: 1.) It will establish a connection between you, making you a person and not just a victim. This won’t deter him from robbing you, but it might prevent a physical attack; 2.) His eyes will narrow or shift before he makes a sudden move, alerting you to his intent.

Look for identifying features. Note the approximate height, weight and age of the thief and specific identifying features. The prevalence of body art makes it easier than ever to positively identify an attacker. While noting general features, look for scars, tattoos, distinctive hair styles or piercings. Pay attention to clothing, jewelry and headwear.

Stay calm and remain as impassive as possible. Do not curse, make judgmental remarks, or say anything flippant. You don’t want the mugger to believe you are challenging or mocking him. If he interprets your actions as threatening or condemnatory, he is more apt to respond with violence.

Give the mugger whatever he wants. You might be allowed to keep something with sentimental value if you ask, but a thief is unlikely to be talked out of more than a single item. Don’t try to fool the mugger by carrying a second wallet that is empty. You are more likely to make him angry than to deceive him.

Don’t reach for your valuables without explaining what you plan to do. A sudden or unexplained action might convince the mugger that you’re reaching for a weapon. Announce every action in advance and move slowly and deliberately.

Ask what he wants you to do while he gets away. He might tell you to lie down, stand still, or even drop your pants. Do whatever he tells you, but continue to make eye contact if possible. If you look down or away from the mugger, he might try to knock you out to ensure a safe getaway. Continued eye contact will warn you of sudden actions on his part.

What to do if a mugging has occurred

Get to safety and report the crime to the police.  Once you are in a safe place, immediately call 9-1-1.  Note the direction the mugger fled and report all details to the best of your ability.  The faster a crime is reported, the greater the odds of capturing a thief quickly.  The longer a criminal remains at large, the more apt he is to perpetrate another crime.

Report all stolen items as quickly as possible.  Have credit cards canceled and report the loss of your cell phone to your provider.  If your wallet and/or keys were taken, have the locks changed on your house or apartment immediately.

Seek medical attention for injuries.  If you have been injured, use an extra piece of clothing to apply pressure to a wound.  If you have not been seriously hurt, don’t assume you are okay.  Doctors might uncover injuries through examination that you did not suspect.  Documenting your injuries will also help establish a legal case against your assailant when he is captured.

Acknowledge the emotional trauma.  Being mugged is a traumatic event, and you will not easily dismiss feelings of shock, anger or fear.  It is important to recognize your feelings as natural and a part of the process of healing from psychological wounds inflicted by this terrible event.  Discuss your feelings with someone you trust and allow yourself time to work through them.

Within the last year, over five million violent crimes occurred in the United States.  Getting mugged is a real and personal threat—not just something that happens to other people.  Most muggings are simple robberies, but the chance of being hurt or even killed always exists.  No plan or strategy guarantees your safety—all you can do is remain cautious and take no unnecessary chances.  The more careful you are, the safer you will be.