Local Currency - How the Lewes pound is protecting the Local Economy, and some info about other alternative currencies 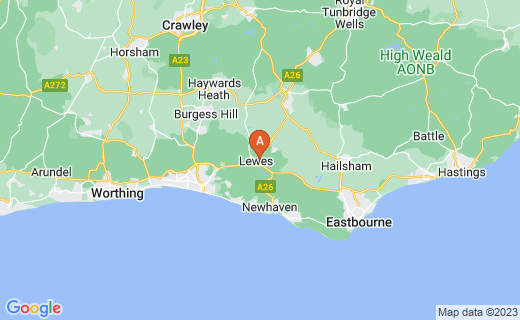 What do you do when the value of money is plummeting, and no sooner do you spend it, than most of it disappears out of the local economy? Simple! Print your own local currency, and use it only within the local community. That is the radical solution proposed by the Transition Town network, and a small number of Transition Towns are either trialling such a scheme, or already have it in place.Lewes in East Sussex, England, is one such town, and their new currency, the Lewes Pound, originally went live in September 2008.

The initial print run of 10,000 proved extremely popular and the notes quickly became a rarity in the shops, because people treated them as collectibles, but subsequent print runs found their way into peoples' wallets and began to prove the local currency of choice in many of the independent stores and business that line the streets of this historic and picturesque old town. Approximately one hundred and thirty shops and businesses including four pubs have now signed up to accept the Lewes pound, and it is exactly inter-changeable with the normal pound sterling, and has the same value. The local Barclays Bank has also agreed to operate the scheme, and Lewes inhabitants are very excited by the benefits that they hope to accrue by ensuring that a pool of money remains within local hands providing a welcome boost to the town's prosperity. The new, higher denomination notes launched in 2009 have taken the scheme to a new level, and as of May 2010, steps have been taken to further improve and integrate the currency.

The Lewes pound and it's various denominations, cannot, by law, display the Queen's head but is, however, legal tender. 'There will always be a need for a national currency, but it's a question of trying to go back to what can be done locally,' said Oliver Dudok van Heel, one of the scheme's initiators. 'With the current credit crunch, there is some disquiet about the global economic system, and who knows how important this could be? Studies show if there is more than 12 per cent unemployment in a community these systems become very popular.'

Sustainability expert, Beth Ambrose denied that the Lewes pound was a declaration of independence. 'This is not us versus the rest of the world. All we want to do is strengthen what's good in our community.' She said. 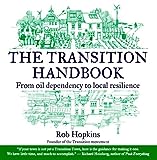 So What's a Transition Town?

Other towns in the UK rolling out similar schemes include Totnes in Devon, where a local currency has been operating since 2007. Brixton, in South London is working on the introduction of the ‘Brixton Brick', and a number of other communities operating within the Transition Towns Initiative are hoping to join the party soon.

The Transition Towns network is currently going from strength to strength and has over 330 member communities in the UK, Australia, New Zealand, Japan and the USA already actively involved, and almost 1000 others world-wide in the process of joining. Broadly speaking these are communities who want to safeguard their existence in an increasingly hostile economic climate. At first glance their activities, though worthy, appear simplistic and small scale. They promote locally grown produce, and community gardens, farmers markets, and improved recycling.

But the thing is, if we get things right on a small scale we can protect ourselves to some extent from the tsunami that is currently engulfing the world's economies. Any initiative that brings food production back into the local community, promotes local enterprise, and takes a stand on pollution, has to be moving in the right direction.

Ithaca Hours is a well-established local currency system in use around the Ithaca district of New York. It actively promotes local economic strength and local self-reliance by keeping money local. Over 900 participants accept Ithaca Hours for goods and services, and many employers pay some, or all of their wage bill, in the local currency. This scheme is now so large and successful that it is able to offer small businesses Ithaca Hours business loans at 0% interest. Find out more information at their website:

Another well-known local currency initiative, also in the USA, is Berkshares, available in the Southern Berkshire region of Massachusetts. This scheme is designed to encourage people to choose local produce, local industries, local businesses, over and above national and international businesses, thus strengthening the regional economy.

Unlike some other local currency schemes, Berkshares have a built-in 10% incentive to encourage their use. If you go to a local restaurant, for example, and pay in Berkshares, you receive an automatic 10% discount to the listed dollar price. This cost is borne by the trader, but only becomes applicable if the trader needs to exchange his Berkshares for dollars.

IF You haven't yet joined then why not SIGN UP WITH HUBPAGES TODAY?

HubPages membership is totally FREE - So get writing, make friends (and if you want) Make Some Money!