Objectification - A mirage of autonomy, beauty, power and sexual appeal

In a culture that uses manipulative media as a weapon to disguise and justify today's forms of oppression and injustice, the phenomena of systematic sexism and racism are becoming more & more prevalent, and not just tolerated but even unseen, unnoticed. And one of the many oppressively sexist tools that is becoming more prevalent yet harder to notice or question is 'Objectification'.

It eloquently disguises behind a mirage of beauty, power and innocent sexual appeal. In this hub, I will attempt to break this mirage down but before I begin, I would like to make sure we are on the same page in terms of what 'Objectification' really means. Generally speaking, objectification refers to treating a person solely like an object to satisfy the objectifier's needs. The type of objectification that is usually referred to when referring to women being objectified is sexual objectification which still falls under objectification, only it is more specific and entails treating a person like a 'sex object'.

Examples of sexual objectification in media include portraying sexualized women as interchangeable instruments as seen in Figure [1].

Another example includes dehumanizing the objectified person by erasing any feature of individuality or personhood as seen in Figure [2]. This could be done through what is known as 'dismemberment'. According to Greening, dismemberment advertisements emphasize one part of a woman’s body while erasing all other parts of her body. And though the dismemberment is supposed to be symbolic, it still portrays the objectified woman as a full or a partial object rather than an autonomous human being.

1) A mirage of Autonomy

This isn't true because psychologically speaking, humans are motivated by rewards. If women from a very young age are sent the message that society's socially constructed definition of beauty is associated with empowerment, and are constantly rewarded for being submissive, they are more likely to get drawn to objectifying looks/roles.

It is also important to note that not all women are consented before being objectified. Media is rather incapable of featuring what women have to say without objectifying the hell out of them. This includes women in the entertainment industry especially those in modelling and fashion careers, but it also includes women across a vast spectrum of professional majors.

Take for instance Michelle Obama who should have enough accomplishments for media to focus on. But type her name in Google Images and see what it has to suggest:

Likewise ‘Sarah Palin’, an American politician, is degraded to nothing but her legs, bikini, shorts, and divorce.

Let’s try Kate Middleton, perhaps a royal princess will cut some slack .... and nope, the same all same keywords pop up “hot”, “legs”, and “hair”! Seriously media! You don’t just objectify women's bodies; you break it down into various sexualized parts! 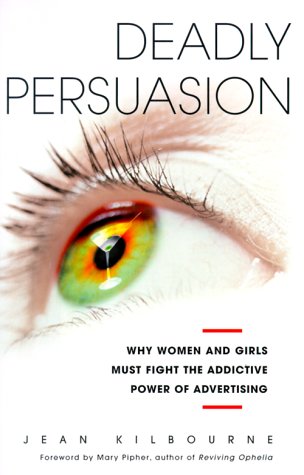 DEADLY PERSUASION: Why Women And Girls Must Fight The Addictive Power Of Advertising
Buy Now

You would think that being treated as a mere object or as part of one to satisfy someone else's needs and the notion of power are mutually exclusive. Ironically though, society has made both notions mutually inclusive by misusing the term 'objectification' when referring to 'sexual appeal' which in turn is almost globally associated with a twisted definition of power.

Take Cameron Diaz's recent controversial comments. According to HuppPost Celebrity, Cameron Diaz was quoted in an interview with the Sunday TImes to have said, "I think every woman does want to be objectified. There’s a little part of you at all times that hopes to be somewhat objectified, and I think it’s healthy”. "It's empowering," she explained.

People tend to read the likes of Cameron's comments and assume that objectification is indeed healthy & empowering, when in fact media has successfully associated a mirage of power with objectification, a mirage that drifts more women away from where power really lies. The mere possibility of women allegedly wanting to be objectified, especially those who understand the accurate meaning behind it, should alarm the society. Women who want to be objectified are literally saying that they don't mind being treated as mere instruments to please the desires of their objectifiers. How is that anywhere close being healthy?

Some will argue that sexual objectification grants sexual empowerment which to me is still an oxymoron because 'power play' and feeling objectified in bed is still not the same as being thought of as a serving 'sexual object'. It's the difference between a mutually satisfying act of love and being on the receiving end of a sexual assault. 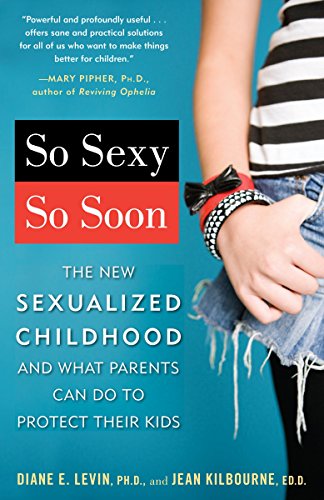 So Sexy So Soon: The New Sexualized Childhood and What Parents Can Do to Protect Their Kids
Buy Now

3) A Mirage of Beauty & Self-Confidence

Many argue that objectification enhances women's body image on the preface that a willingly objectified woman is constantly praised or rewarded for her looks. Based on this premise, then women in objectifying industries would presumably be more confident, more physically secure, and yet real life examples and research prove otherwise.

Apparently, not only is the confidence of the women, who are constantly bombarded with retouched unrealistic adverts, is shaken, but rather the confidence of those in the adverts is shaken as well. Imagine, if your looks were critiqued and evaluated every single day, imagine if every minor choice you made is geared towards enhancing your looks or at best maintaining your looks as hard as you could! Imagine if what you saw in the mirror was constantly measured against an unrealistic physical appearance, one that could only be slightly attained through enduring a combination of pain, discomfort and unhealthy habitual rituals. Wouldn't this make you constantly conscious, constantly worried and thus physically insecure?

4) A Mirage of Sexual Appeal - Objectification only shows that men like women, so what?

It's normal to feel attracted to someone on both physical and emotional levels. This is not what objectification is all about. Objectification is about degrading a human being to nothing but a piece of meat, represented in either the entire body or a fetishised part of it. Harassment, rape, prostitution, and pornography are all examples of objectification whereby humans are viewed at solely from a sexual perspective.

Unfortunately, so many times people I speak to confuse 'objectification' with 'sexual attraction' which are completely different things. This is mainly because media has managed to mix up the notions of 'love' and 'objectification' together.

A good example would be Axe's many racy commercials. In those commercials, there is always one guy and many sexually attractive kinda interchangeable women. And when the commercial is decent enough to feature one woman instead of many, the woman is literally degraded to nothing but a single fetichised part of her body, hence the objectification. For instance, in the clip below, Axe features a supposedly cute love story. You would think the couple featured in the ad are two human beings but instead the couple is depicted in the form of a disembodied head of hair and a pair of breasts. Ultimately, the commercial explains that the head of hair represent a guy since the ad is for Axe's hair products and the pair of boobs represent a woman as if to say that women see nothing but hair in men and men see nothing but boobs in women.

So what's the Big Fuss all About?

Well the big fuss is that objectification doesn't stop at silly cartoonic figures because the same object that can be turned into a cartoonic boob can be depicted as a sexualized corpse. Whether we admit it or not, the continuous dismemberment of women into pieces even symbolically conditions our brains to associate lust & pleasure with sexualized violence.

Still Can't See it, then Ask Yourself

Ask yourself why in today's culture, less weight regardless of the means, straightened hair, super tiny waist with unproportionate large boobs, and lighter skin are the prerequisites required for beauty. These standards are not intrinsic nor are they biologically wired in us. Ask yourself why would girls and women view empowerment in women whose organs have been dismembered, instead of seeing it in women who are genuinely empowered.

We don't or at least shouldn't tolerate subliminal bigotry or racist messages especially when they are targeted at children. So why should we tolerate messages that bombard people with dehumanizing images on daily basis even if such messages were subliminal. It all boils down to one question, if violence and dehumanization are not okay in real life then why are they okay when they disguise behind what is known as 'sexual objectification'?

Women in Media !!! What part of her are we selling ?