A Brief History of Spain - Part One

Where we meet in unity and faith...

The Guardia Civil have a long and chequered history in Spain, albeit not all fondly recorded.

Commissioned in 1844 they were formed to maintain order in a wild countryside where bandits and malcontent's roamed threatening the Spanish monarchy and government.

The peasants were revolting and the state needed to stamp it's mark of authority upon an anarchic situation.

Andalucia was a trouble spot for the central government, always has been and probably always will be, even when Felipe Gonzalez virtually ran the country from his base in Seville, Andalucia has always been difficult.

Remembering that the 'Andaluz' citizen is made up of Jewish/Arab/Romano stock, it's easy to see why there is scant respect for an authority, that basically dislikes and distrusts all of them!

Add to that the fact that until tourism arrived on the table in the mid sixties, the table was mainly bear of food and the poverty was mostly ignored by central government, as Andalucia was not a profit centre.

It had harsh weather, scarcity of water and belligerent populace, why bother with them.

Tourism changed all that, and some merit must go to Franco for recognising the potential of this marketplace, even if he was wary of full exposure and initially only allowed tourists to stay in Paradores built or converted especially for the purpose.

The combination of cheap flights, the Spanish weather and package holidays opened Spain up to the modern world, with it's screaming hoards, and 'patata fritas' replaced 'patatas al la pobre' to become the mainstay of the 'international food' which replaced (in public)authentic Spanish cooking.

The Paradores are a lasting heritage from these pre mass tourism days, and charming places to stay for quality and comfort in an age of 'microwave ' tourism.

Some were custom built, but the best are converted castles and grand houses, normally holding prime positions with magnificent views.

Andalucia is the wild card province of Spain, now autonomous (self governing) yet very much an essential part of the national economy, producing 40% of the GDP via property sales and tourism.

During the Civil War the Guardia divided almost 50/50% between the Nationalist forces and the Republicans, whether that was a tactical move to ensure success whoever won, or whether it reflected the specific location of the various Guardia 'cuartels' (barrack blocks built in most main towns to control the area) when the war started, the Guardia fought on both sides in any case.

After the war the Guardia became a strong element in Franco's security forces and maintained strict control over all rural areas, where dissidents were more likely to spring up.

They were a force to be feared by anyone who was opposed to the state and 'status quo' until Franco was dead and King Juan Carlos had declined their offer to rule as monarch when they stormed the parliament for a historic second time, (the first time they brought about regime change) and the King told them to stand down.

From that point the Guardia seemed to disappear from public view, I mean obviously they did not just stay in their barracks for ten years, but it seemed like it, and my first recollection of their return to grace was when once gain I saw the road blocks manned by Guardia, this time no longer chasing bandoleros, but searching for a more deadly enemy, ETA terrorists.

Guardia have always been sent to serve in areas other than where they were born or lived, for obvious reasons, it's possible one could feel a conflict of interests if called upon to arrest or detain someone you grew up with.

But a second reason is that unlike the bandoleros, who killed when cornered, the ETA bands would and did kill Guardia in their homes or in cafés in full view of the public and sometimes the victims children have seen their father murdered in revenge.

So where once the Guardia could walk tall and free to do as they needed, whatever that was, to maintain order, in todays' politically correct world they are curtailed and trained to keep a low profile and be almost servile to the public.

Now when the Guardia make an arrest, they wear masks, and the terrorists publish videos of their exploits without disguise.

What a crazy world.

I remember a German friend of mine who lived in the campo had a recurring problem with a robber who kept returning to steal from his house. He duly filed the 'denuncias' (crime reports) and was told that there was nothing to be done... "If I arrest him he will be back on the street before I have finished the paperwork" Hans was told by the Guardia.

"Well if I catch him trying to rob me he's dead, and I'm going to lie in wait and shoot him with my shotgun" stated Hans, whereupon the Guardia officer said "Well bury him where we won't find him and clean up well"

Democracy brings it's own rewards, but many older Spanish people have lamented to me the 'old days' when Franco ruled with a rod of iron and the only people with anything to fear were those who crossed him. Days when house doors could be left open without fear of robbery and public disorder was unknown.

I remember when I first lived in Spain things were much easier all around, as we passed from the days of Franco into the days of a different type of dictatorship, that of the European Union, who have increasingly inflicted more rules on their subjects!

In the 'old days' if the Guardia caught you driving when, let's say you were 'slightly inebriated' at 3am on the way home from a night out, they would take your car keys, run you home and tell you to collect the keys from the cuartel the next day, when you were sober.

This week the Guardia announced that they were going to carry out 300,000 drink drive tests this Christmas...

OK I know drink driiving causes deaths, and that 25 years ago there were far fewer cars to have accidents with at 3am in the morning, and that those other cars were probably also driven by equally drunk people..... but right now if you drive in Spain with one glass of beer in your system, you are in trouble.... Spaniards visiting ventas and bars not allowed to drink one beer!

Nowadays most of the Guardia one sees are carrying out traffic controls, (and this Christmas breathalizing drivers) but there is a much larger presence of them that is not so visible, dealing with terrorism, drugs trafficking and organised crime, especially human trafficking into Spain from Africa, a major problem, both in the numbers that arrive on our shores, and in those who die trying to get here.

So the days are gone when the Guardia was a sight to be feared, when they were apparent on seemingly every street corner, holding their rifles and often leaning against a wall using their tricorn hat for a rest.

Today they are a totally modern force dealing with almost every aspect of security in Spain, and as long as you treat them with the respect they deserve, they will be helpful and courteous, however.... don't try to be smart with a Guardia, you will lose big time!

...and do not drink and drive this Christmas! 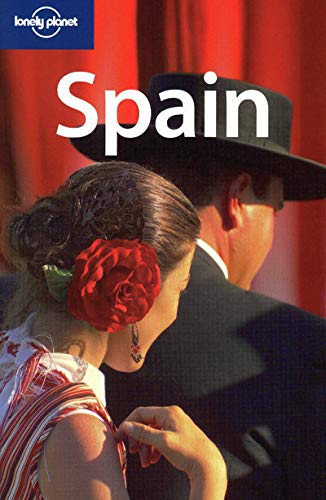