Who Owns Your Money?

Is it really yours?

Firstly, a dollar bill is just a promissory note, an IOU. It is a promise to pay the holder the value of one dollar. It is easy to use but the dollar bill remains the property of the people that printed it. In the United States it is the Federal Reserve.

The Federal Reserve is not Government.

The Federal Reserve is comprised of 12 Banks, represented by a board of 7 people.

These Banks are owned by shareholders.

Major shareholders in all these Banks are a group of 4 companies; I will call them the “big four”.

These companies are major shareholders in the top ten financial groups in the US: Bank of America, JP Morgan, Citigroup, Wells Fargo, Goldman Sachs, Morgan Stanley and others.

So the big four not only have representatives on the boards of all the major US financial Corporations but also on the board of the Fed. 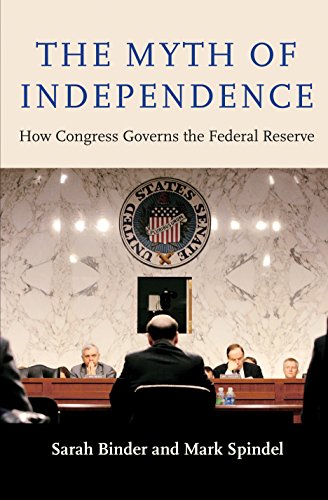 The Myth of Independence: How Congress Governs the Federal Reserve
Buy Now

Parts of the big four

If you didn’t know any of this, it is probably because the big four are also major shareholders in many of the news sources: Time Warner, Walt Disney, Viacom, Rupert Murdoch’s News Corporation, CBS Corporation and NBC Universal.

The big fours influence does not just stop in the US though.

They also have controlling interests in some of the tax havens in the Cayman Islands, Monaco and also in the legal Shell companies of Liechtenstein.

Representatives who run international institutes such as the IMF, Central European Bank and the World Bank were trained by and are probably still paid by the big four.

So, you don’t own your money; at best you just borrow it.

The big four have more influence on your life than the elected government which in turn is influenced greatly by them.

It is easy to find out the information on the big four companies but you will never know the names of the actual people that own them and hold the influence on your life, let alone get to vote on them. Well I guess that is the reality of democracy at work.

When it comes to the US deficit, who will pay it?

You can bet your borrowed dollar that it will not be the “big four”.