Saying I Love You with Actions

The simplest way to tell someone that you love them is to simply say “I love you.” The more often you tell them that, the better. Of course the words have to be sincere and, to really be effective, should be backed up with actions that demonstrate your love.

Speaking as a man, it can be difficult, at least at first, to utter the words I love you. For one thing, when you first tell a woman that you love her you are taking the relationship to a higher level and that implies the possibility of a commitment which can be a scary thought at first. It can also feel awkward when you first start using these words, but it gets easier, which is good because women appreciate it when you keep reminding them that you love them (men do too, but we usually don't like to admit it). Of course, once you are married it becomes very important to keep saying love you regularly as that helps to keep the spark in the marriage.

While saying the words often, and sincerely, is very important, you must also say it with actions in order to give the words meaning. Surprise gifts – flowers, candy, etc. - given for no particular reason is one way to put action behind the words.

Sometimes the most insignificant of things can mean the most. 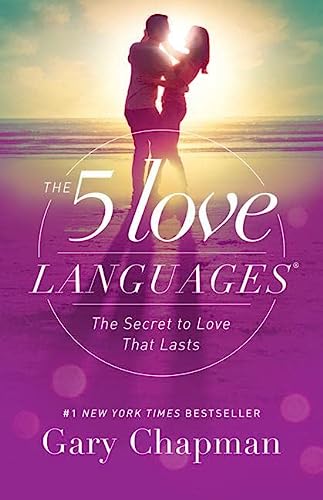 Shortly after my wife and I got married, her twenty-one year old daughter, who lived with us, began complaining of stomach pains. I offered to take her to the doctor but she declined (partly because, being new to this country, she didn't understand medical insurance and assumed it would be very expensive). Feeling a little better, she went out with her boyfriend and then, about nine-thirty, called to complain that she was in quite a bit of pain. Her boyfriend brought her back home and, after calling and failing to find an Urgent Care Center that was still open, I gathered up the insurance card, made sure my sons had my cell phone number to call me if needed and headed for the Emergency Room with my wife and step-daughter.

We checked in and were told to wait. When we sat down, my wife opened her purse and handed me a magazine. She had noticed that whenever I went someplace where I had to wait – a doctor's office, the immigration office, the motor vehicle office, etc. I always carried a book or magazine to read.

While I was concentrating on getting our daughter taken care of, my wife took a second to grab a magazine for me on the way out. The fact that she took the time to know me that well and went to the trouble of looking out for me in ways like that spoke volumes to me of her love for me. It's the little things that usually make the biggest statements of love.

A Lifelong Love: How to Have Lasting Intimacy, Friendship, and Purpose in Your Marriage
Buy Now

Links to My Other Hubs on Theme of Love