Why Women Are Not Married ?

What our Culture says ?

Is it possible for a single woman in her fifties with a happy and contented life? Not if we listen to what the cultural messages say. We are living in a culture that tells us that finding a partner, preferably soul mate, is necessary for our happiness. The culture tells us that only in an intimate relationship with that somebody, we can find emotional satisfaction, sexual fulfillment, companionship and security. The older single woman is often seen as an isolated loner, an unhappy over-committed worker, or a neurotic loser who fails at relationships many times. The idea that we need to couple or get married to be happy has spawned a multimillion-dollar industry of online dating, personal ads and matchmaking service. Having said that, we can also observe the emergence of a new type of single woman, one quite different from the traditional spinster or single girl in her twenties. 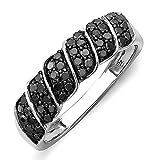 New cultural messages have slowly emerged to contest the dominance of the ideal that women need to be coupled or married to be happy. It also facilitates single women’s acceptance of their lives. Feminism, increasing acceptance of divorce and of women’s career successes and changing sexual norms are encouraging alternative values in women. New trends have also emerged such as diamond ring for the right hand of single woman who wants to indulge herself.

Women who want to reward themselves for their ambition, independence and good fortune in life can buy right-hand diamond ring. Unlike the typical diamond ring that is use to make a major commitment, a right-hand ring is a symbol of woman’s success and fit her personality.

Television shows such as Sex and the City, Golden Girls, Friends and movies such as Waiting to Exhale, The First Wives Club, Divine Secrets of the Ya-Ya Sistedhood, are emphasizing the importance of friendship network in providing intimacy and sustaining a viable single life for women who are in their twenties, thirties, forties or older. Media attention has also led more women to consider having baby as a single woman.

Modern single women, who are in their thirties, forties and above, create the structures that support a viable single life before they are able to discard the cultural ideal of the couple as the only route to happiness, and as the only get away from loneliness. By their forties and fifties, these never-married and divorced women had good jobs, homes, a strong network of family and friends. They are actively involved in their neighborhoods, churches, voluntary organizations, or political organizations. They discard the cultural norm and come to appreciate the life they had created. They believe creating a satisfying single life is like building a good marriage; it is a process of development, self-discovery and work.

More and more never-married and divorced women over the age of thirty-five have higher personal income than married women. These women’s economic advances make single life possible for them. Increasing number of women in the United States is able to support themselves and their children. Despite a common concern about the economic plight of single mothers, 68 percent of these mothers are above the poverty line, and almost 40 percent are well off.

The New Single: Finding, Fixing, and Falling Back in Love with Yourself After a Breakup or Divorce
Buy Now

A New Type of Single Woman

The increase in cultural visibility and an acceptance of a long-term single life has made the route of becoming a new single woman an easier route for many women. This new single woman is content and happy with her life and the prospect of remaining single. She is satisfied with her accomplishment, her relationships and identity. She is no longer classified under a specific personality, a loner or an individual living a lifestyle deviating from the norm.

Many single women today are willing to engage in sex without romantic expectations of intimate relationship and long term commitment. However, this does not mean they are casual about sex or interested in one-night stands. They pursue sex without the illusion that they had found a soul mate. They still seek the relationship that involved sharing interests, activities and friendship. In fact, according to the renowned survey Sex in America, single people “have more partners, but they have less sex.” Since mid of twentieth century, sexual revolution has begun with a more positive attitude towards sex for young single women, a shift that alters many people’s views about sex and mature single women.

To lead a satisfying life, she built six pillars of support for herself :

1. She has a home that nurtures her, whether she lives by herself or with other people

2. She possesses a satisfying job that provides her with economic autonomy

3. She is satisfied with her sexuality and find outlet for their sensuality.

4. She enjoys some connection to the next generation, which can take in many forms of relationships – her own children and grandchildren, nieces and nephews, stepchildren and younger volunteer work with the young.

5. She finds intimacy within a network of friends and family, who provides companionship and shoulders to rely on in times of trouble.

6. She is not alone, but creates and maintains a contemporary community through her friendship network, made through diverse organizational settings such as workplace, school, college, work, church and politics.

The text and all images on this page, unless otherwise indicated, are owned by Ingenira who hereby asserts her copyright on the material. Permission must be granted by the author in writing prior to copy or republish this article in print or online.