A world of secrets

The middle ages were not some overly happy time period like many reenactors would have you believe. It was a time where thoughts were enough to have end up meeting a short lifespan. During this time period many people who were scientists, philosophers, and in some cases magicains found themselves at the mercy of the over oppressing church at the time. Sincer many artists ended up overlapping into these groups or in some cases associated with them a lot they too where subject to this harsh form of governance. To ensure that these groups could continue doing their work they tended to form secret groups that provided a safety net for the members of the groups. For painters, they would often use religious imagery to hide their true messages into the background. It was an easy way to not worry about having the church come after them.

Given the nature of the times this UFO like looking images could be viewed in a couple of different ways. If the artist who ended up adding them into the work of art was the member of a secret group than maybe it was a way for them to talk to one another without having to worry about raising suspicions. Of course if this was the case than next questions is what would a symbol like that mean and would there be anyway of being able to decipher it?

Generally when it comes to conspiracies it becomes difficult to find a large one that ended up working. The idea that these were real sightings that they could have witnessed might make a little more sense than it being a secret message. There are a various natural occurring things that could make someone think they saw a UFO but the way these images are painted really makes it difficult to not see the extraterrestrial concept with them.

Origin of Most of the Artwork 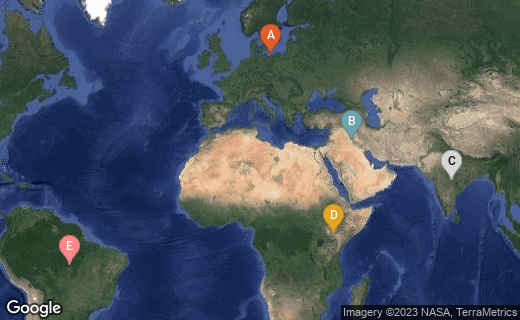 A lot of the medieval artwork that shows UFOs comes from Europe, but can also be found around the globe

This region has a long history with UFOs and Alien type imagery found in many ancient sites and ruins.

This part of the globe plays home to the Hindu religion. Many of the epics and holy paintings show sky chariots and warriors fighting from the heavens

Many tribes from this region have many folk tales about beings from the heavens who come from far away homes in the cosmos.

Many of the tribes here tell similar stories as to those that are told in Africa. Depending on the tribe the gods can be friendly or angry.

The Trail of Images

While the images of these strange UFO paintings in this hub are of European origin, there can be similar images that are found across the globe. From the Middle East to China many ruins and ancient monuments have carvings and paintings that give off the air that sky gods of some kind are visiting Earth and are working in the development of mankind. The "Old World" isn't the only locations that have these overwhelmingly interesting images in them but many of the Native American tribes have similar versions of these images in different temples. Tribes in Africa also have certain beliefs that are centered around the idea of powerful creatures from the heavens coming down from the heavens. In the stories these travelers from the heaven can be either helpful or harmful, depending on the tribe and story. While there do exsit many natural occurrence that could explain certain parts of these kind of stories, the descriptions that come out which almost describes astronauts is something that is a very interesting common theme that comes up again and again.

When it comes to being able to try to understand what these images are you have to first be able to look at it from the point of reference at the time. Given the technology at the time, medieval or ancient people wouldn't have described the case in the same fashion that we would today. In order for them to convey their message they would have to put in comparison to something that they would understand. This is why when you view the image of the wood engraving above, the potential UFOs look more like circles than in the other paintings shown on this page. While the point of reference can prove to make some of these pieces of art more difficult to understand, for others it is a bit on the crazy side that some of these paintings are very close to what the average UFO encounter ends up being. Creators like

Da Vinci had a natural ability to be able to think out side the box and gain useful insight. The chances that everyone who was alive during those times possessed the same ability is slim to none. There had to have been something to trigger these similar images in so many different pieces.

Similarities between Europe and India

India has been a region where many people believe extraterrestrials had been involved in many of the ancient tales that can be found in the part of the world. There are many stories about giant sky battles with gods coming down from the cosmos to use the Earth as a battlefield. Along with the gods coming down there is also a lot of talk about giant flying machines that are used during these battles. These flying machines come down from the sky and have a pilot controlling the craft. These stories are found both in various holy books as well as images in different holy places. With other continents when it comes to similarities, there are plenty that do exist, but none are quite as close as Europe and India.

between Aliens and Religion

The Connection is Strong

While there are an endless amount of conspiracy theories and people claiming to have unlocked the secrets of an alien race, these ancient pieces of art are one of the few that leave you wondering what is going in these classic paintings. While some of the images can be on the debatable side such as the abstract colored circles, there are some that have what really looks like a pilot flying a craft through the sky. This really clear image leaves more questions that it does answer. What is their connection to the religious scenes that are playing out in front of them? What gave the artist the inspiration to come up with a flying machine that is almost as recognizable as Mickey Mouse is? The jury is still out about aliens visiting Earth, but very few things make you question more than the hidden secrets of these medieval pieces of art.

Do you think Aliens have been visiting us over the centuries?