Breaking down ungodly altars by casting out demons!

Louis Fourie born again in Yehoshua, baptized with water and Fire and a true Follower. I have Pitch my tent with Elohim my Friend.

Deliver a young woman what was demon possessed.

One day in 2013 we were called to go assist with praying for and the deliverance of a young demon possessed woman.

When we arrived, the young woman was already shivering and we could see she was terrified.

Some Demons will only go out with fasting and prayer.

The incest altar of God.

The last day, the young woman was throwing the prayers warriors around in the room and they couldn't control the situation. Only when they spoke in tongues, did the woman calm down, but she was not delivered.

The Lord shown us blood altars.

The Lord had shown us several months before about blood altars specifically and how they work. With our biblical knowledge on blood covenants and then blood altars, we felt we could help her.

We began ministering to her and found out that she had been involved in satanism as a teenager. She drank blood of an animal sacrifice (cat) and she had cut a blood covenant with satan. We first prayed for the destruction of these blood altars and covenants that had been set up.

We prayed in tongues and she quickly became very warm. After seconds she complained of burning and then the demons began manifesting. A man’s voice shouted out that she belonged to him.

I would just like you to take note that this young woman had done so much drugs that her voice was very raspy and you had to strain to hear her normal voice.

After commanding the demon to be quite He became violent and jumped on one of the men. He was ready for this because they were praying for her for three days and this was the norm. As she couldn't overpower the man, she tried to get past him where another prayer warrior was waiting in front of the door.

A warrior, full of the Holy Spirit, maneuvered her back onto the sofa and almost immediately, she was up and running for the opposite door where I was. I commanded the demons to leave the woman and they threw her backwards onto the sofa once again.

She was thrashing around on the sofa, so we took one of her arms and bent it upwards behind her back. The power was un-imaginable. That this small young woman possessed by demons could throw grown men around as she did was unimaginable.

She straightened her arm behind her back and threw two grown men away from her as if we were nothing. But God, with His power, we took control and wrestled her to the sofa. We commanded the demons to come out of her and to go to waterless places and never to return in the name of Yeshua (Jesus).

She struggled for a few seconds and then she gave up the demons and by sighing big loud sighs. Thus they were expelled from her body. She immediately felt the relief and it showed in her face. We asked her how she felt and she said that she felt lighter. We then ask her to accept Yeshua (Jesus) as her personal savior and she prayed the sinner’s prayer.

She was now totally free and we asked her to say that Jesus Christ is Lord and is her King, which she did without problems. She was delivered but she still had fears that the demons were waiting for her in her room.

So we went and prayed also in and for her house, claiming back what belongs to God. She became calm and went into her room, free from fear. We had to pray for her boyfriend as well because they were married by a satanist priest. We explained that they had to get married before God and advised them not to have sex before marriage, as this was one of the ways a blood altar could be erected in their lives.

They have eight children together, but they couldn't look after themselves. Their earthly possessions were comprised two beds, a cot and some clothes.

They lived in a rented room. Satan has almost destroyed them, physically and emotionally. They have nothing in this world, and once again we saw the destructive work of the enemy.

Go read all about Ungodly Altars. 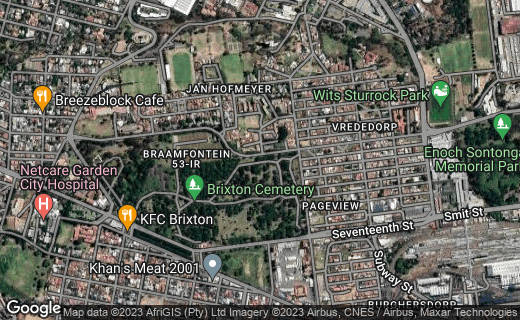 Words can break down children.

And when they came to the disciples, they saw a great crowd around them, and scribes arguing with them. And immediately all the crowd, when they saw him, were greatly amazed and ran up to him and greeted him. And he asked them, “What are you arguing about with them?”

And someone from the crowd answered him, “Teacher, I brought my son to you, for he has a spirit that makes him mute. And whenever it seizes him, it throws him down, and he foams and grinds his teeth and becomes rigid. So I asked your disciples to cast it out, and they were not able.” And he answered them, “O faithless generation, how long am I to be with you? How long am I to bear with you? Bring him to me.”

And they brought the boy to him. And when the spirit saw him, immediately it convulsed the boy, and he fell on the ground and rolled about, foaming at the mouth. And Jesus asked his father, “How long has this been happening to him?” And he said, “From childhood. And it has often cast him into fire and into water, to destroy him. But if you can do anything, have compassion on us and help us.” And Jesus said to him, “‘If you can’!

All things are possible for one who believes.” Immediately the father of the child cried out and said, “I believe; help my unbelief!” And when Jesus saw that a crowd came running together, he rebuked the unclean spirit, saying to it, “You mute and deaf spirit, I command you, come out of him and never enter him again.” And after crying out and convulsing him terribly, it came out, and the boy was like a corpse, so that most of them said, “He is dead.”

But Jesus took him by the hand and lifted him up, and he arose. And when he had entered the house, his disciples asked him privately, “Why could we not cast it out?” And he said to them, “This kind cannot be driven out by anything but prayer.”

Jesus Heals a Boy with a Demon.

And when they came to the crowd, a man came up to him and, kneeling before him, said, “Lord, have mercy on my son, for he is an epileptic and he suffers terribly.

For often he falls into the fire, and often into the water. And I brought him to your disciples, and they could not heal him.” And Jesus answered, “O faithless and twisted generation, how long am I to be with you? How long am I to bear with you?

Bring him here to me.” And Jesus rebuked the demon, and it came out of him, and the boy was healed instantly. Then the disciples came to Jesus privately and said, “Why could we not cast it out?” He said to them, “Because of your little faith.

For truly, I say to you, if you have faith like a grain of mustard seed, you will say to this mountain, ‘Move from here to there,’ and it will move, and nothing will be impossible for you.”

And he went down to Capernaum, a city of Galilee. And he was teaching them on the Sabbath, and they were astonished at his teaching, for his word possessed authority.

And in the synagogue there was a man who had the spirit of an unclean demon, and he cried out with a loud voice, “Ha! What have you to do with us, Jesus of Nazareth? Have you come to destroy us? I know who you are— the Holy One of God.”

But Jesus rebuked him, saying, “Be silent and come out of him!” And when the demon had thrown him down in their midst, he came out of him, having done him no harm. And they were all amazed and said to one another, “What is this word?

For with authority and power he commands the unclean spirits, and they come out!” And reports about him went out into every place in the surrounding region.

Have no communion with demons, they want to kill you.

Do you believe that Satan can get legal right by blood altars in your life.