Holy Sh*t! What On Earth Is Going On?? More Phenomenal Paranormal Experiences.

Being Mortal: Medicine and What Matters in the End
Buy Now

Strange Phenomena All Around

Ever since my alien experience in 2008 I have been able to see UFO's. I see them regularly and have now seen many but before this experience happened I had seen none. I didn't even believe in them! However, as time has gone on the phenomena happening around me has grown stranger and weirder and increasingly difficult to believe... yet it has been happening right there in front of me.

Earlier today I visited my ten-year old daughter. Whilst there she told me that her cousin (ie my newphew, also a young child) had filmed some kind of 'monster' or 'ghost' in the local park on his mobile phone and he had shown her the video clip. As she revealed the details it immediately freaked me out because the previous night I had walked through the same park on my way home and had also noticed something extremely odd. The park is actually on a slant and although I walked across the top I could hear rustling from the bottom end of the park. When I turned to look all I could see was a fairly tall humanoid figure in the dark who seemed to be zooming around in circles, making lots of rustling noises and acting very oddly indeed. At first I thought it might just be a drunk.

By the time I had reached the other end of the park and was about to step onto the street in order to walk up the road, I could still hear this 'person' (or so I thought at the time) rustling about in the leaves so I decided to take another look. This time it struck me that this figure actually appeared extremely top-heavy and was definitely not the shape of a normal person. Their behaviour was actually quite erratic, almost animal-like, yet this being was alone. It was quite dark so I couldn't see very clearly but this being appeared to be dark in appearance with a hunched back and quite muscular at the top. However, the speed that this entity was zooming around the park would have left any normal person feeling rather dizzy. I actually felt a little scared by it at second glance and got out of the park as quickly as I could... then I was reminded of the being earlier today when my daughter revealed the details of the video.

I have no idea who or what that was in the park, but the behaviour was not human and the fact that my nephew has got this thing on film has actually freaked me out a little bit... but that's not where it ends.

I stayed for an hour or two then started to make my way home. This time I decided I would avoid the park at all costs. Whilst walking up the street I started looking at the sky, regularly glimpsing at that large bright prominent star which has been visible since early February from the UK. If you have previously read my Planet X / Niburu hub then you will already know that this 'star' should not even be there. It has been getting bigger and brighter ever since it's arrival and I have often caught sight of it in the corner of my eye wrongly believing it to be the moon - it has become that prominent.

It was a clear night so I decided to seek out the other visible planets... then I noticed another odd thing. I spotted an orange coloured orb shaped flashing UFO which zoomed across the sky from Venus and headed straight towards the large bright object. Although this object appeared to be travelling relatively slowly it covered decent ground and had travelled most of the distance towards the object by the time it went out of sight due to the route I was taking. This is not the first time I have seen UFO's travelling to and from the bright object. I have become so accustomed to experiencing UFO sightings now that I thought nothing of it and carried thinking about the being in the park for the rest of my journey... until I got to my street!

However, I do think that the rather strange propulsion system that this object appeared to be using is definitely worth a mention in this hub. Although the UFO appeared as an orb it's top and bottom would stretch out like elastic then quickly snap back into the centre-point as though being suddenly released, which is what actually seemed to be thrusting or propelling the object through the sky at short distances each time this phenomenon occurred. It was amazing to watch but at the end of the day, for me, it was just another random UFO sighting. I don't even think about reporting them any more.

The street that I live on is quite a steep sharp hill although it's not particularly long. I live at the very top. As I turned the corner onto the bottom of my street I looked up and saw another UFO - but this one was the biggest, closest and most shocking that I have ever observed. This thing was huge! I can only describe it as a huge orange glowing orb with red flashing lights circling around it's center. This vehicle was travelling smoothly through the sky at close range without a sound... but it was there right in front of me, it almost passed me overhead. As I had turned onto my street I had also noticed a car parked right at the top outside my house with the lights still on. At first I wondered if the driver (plus any passengers) had maybe spotted the UFO and parked up to get a good look at it.

However, when I reached the top of the hill it turned out that there were two people sat in the car. Both of them were staring at my house before they had even noticed me. I took a good look at them, it appeared to be one male and one female. Rather oddly they took notice of my every move and stared directly at me until I had opened the door and actually entered my home. As soon as I closed the door I heard the car drive off and looked out through the window. They were gone. I have no idea who they were, yet it almost seems as if they were expecting me.

Unfortunately, when you have a UFO experience and even after you've become accustomed to them as I have you just don't think to take your mobile phone out of your pocket and take a photograph - the thought just doesn't seem to enter your mind. However, I did take a very short video clip of a UFO a few weeks back which seemed to be coming from the new object or star which has been visible in UK skies since early February. I may just clip this into an image and upload it to one of these hubs.

These experiences are now getting to a point where I am starting to feel a little uncomfortable. Things do not always appear as they are and I'm unsure what to make of all this activity. It's strange, it's odd, it's weird and it doesn't make sense. I now continuously find myself asking why? Why me? Why I am able to perceive all of this stuff ever since my 2008 experience? How is it that nobody else sees it? Do I tell people? Or keep it to myself? Is this happening for a reason?

I don't have any of the answers but one thing I can say for certain is that the more time goes on and the weirder these experiences get, the more credible I and beginning to find people such as Lt Colonel Philip Corso (who I already highly respected), Alex Collier and Edgar Mitchell (plus the countless others) who all claim a very real extraterrestrial presence is amongst us.

Also, just before I sat down to write this hub I was in my back garden looking at the previously mentioned huge bright star in the sky which many people have been observing and commenting about. I glanced the other way, then when I looked back the star had magically and suddenly just faded into the distance as though it had quietly drifted away at high speed! If it has indeed disappeared then it must have shot off like the flick of a switch. Has anyone else noticed this? 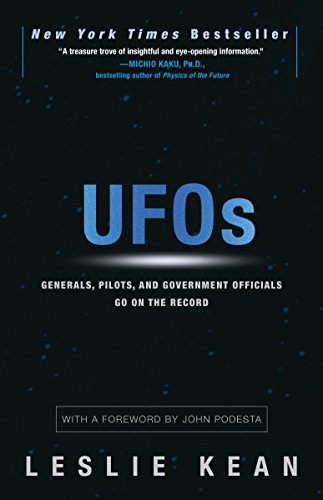 Selected by Extraterrestrials: My life in the top secret world of UFOs., think-tanks and Nordic secretaries
Buy Now

Other Great Hubs by Sparkster:

So You Don't Believe In UFO's? Ecuador Government Disagree!

Awareness & The Great Integrity: The Perception Of Mankind

Evidence That We Are Not Alone In The Universe

The Fundamental Law Of Attraction