The Baker Hotel, Texas, Is It Haunted?

The Baker Town Hotel is located in Mineral Springs, Texas and began in 1925 as a collaborative project by the town folk who were afraid that the visitors to the town were profiting from their mineral springs. The town managed to raise over $150,000 dollars and then decided to hire one of the experts on hotels at that time, Theodore Baker. Baker already had hotels in two of Texas’s largest cities, Dallas and Fort Worth, so he was chosen to aide in the design of what was hoped to be a money making venture for the town.

Some of the extravagant items inside the hotel were 450 guest rooms, each with available ice water, fans and lighting that would turn on and off as a guest left or entered their room. also available was a valet service where a guest could deposit their dirty laundry for cleaning. Other huge attractions for the hotel were the beauty parlor, two huge ballrooms, an outdoor pool, a bowling alley and a gymnasium, many of these novelties were unheard of in that day and age, not to mention that the hotel was one of the first skyscrapers built outside of a major city coming in at fourteen stories high. 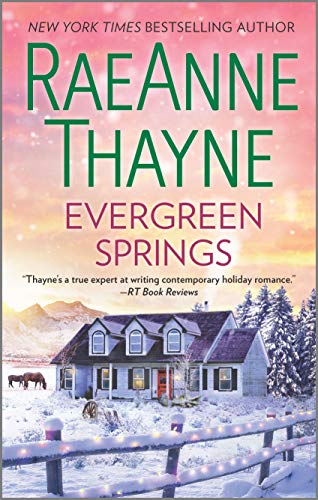 The hotel prospered through the early 1930’s even though its creator Theodore Baker would go on to file bankruptcy in 1934, his nephew, Earl Baker took over the hotel but had little success in bringing the hotel back from the edge of disaster, until 1940 when a military base opened nearby. Fort Wolters was a boon for the hotel and its surrounding communities as Fort Wolters was home to the largest placement of infantrymen. Throughout the war the Baker saw guests come and go as it is recorded that over 30,000 people were stationed in and around Mineral Springs at this time, making the Baker Hotel a temporary residence for many.

Unfortunately once the war ended, Fort Wolters was closed and the insurgence of guests fell off to a trickle, but still Earl Baker refused to let the hotel fail and continued on, rallying several times through the years until finally in 1963 Earl announced that he would be closing the hotel after his 70th birthday. On April 30th of that year Earl had the building boarded up and closed it down. There was a brief resurgence in 1965 when a local group leased the hotel from Earl, but it closed its doors for a final time in 1972, it is believed that the hotel was never the same after Earl was found unconscious in the Baker Suite from a heart attack in 1967, he later died. The hotel has had some interested buyers, the latest a group in 2008, but today it still sits alone and empty, gradually falling deeper and deeper into disrepair aided by vandals and Mother Nature.

So who has been occupying the Baker Hotel in the intervening years since those of flesh and blood have since ceased using its grandiose accommodations? Some spirits were seen roaming the halls long before the Baker ever closed, a woman has been seen, heard and her perfume has even been detected on the 7th floor of the hotel. It was believed that this woman was once the hotel manager’s mistress and becoming distraught over her situation threw herself from the building. She has often been seen flitting along the corridors of the 7th floor and her perfume can still often be detected in the southeast corner room, where it was believed she stayed. Management of the building has also reported mysterious footsteps that can be heard coming toward you and yet no one is there, or for instance it was reported that during the Christmas season several years ago that lights on the 7th floor would continually go out and when one of the management team went to the fuse box in an attempt to find out what breaker kept blowing he heard someone creeping up on him but when he turned no one was to be seen. It is reported that the manager then spoke aloud to the spirits and told them he meant no harm, they never had any problems with the Christmas lights after that.

There were also several reports during the 1990’s from tellers of a bank across the street from the hotel that claimed many times you could look across the street and see windows open, then the next day you may find those windows closed and others open, this went on continually for years and the tellers assumed it was a caretaker for the hotel airing out the rooms. Since the closing of the hotel in 1970, there has never been a caretaker whom resides in the hotel.

There have also been reports of apparitions seen, such as a small boy with a large shaggy dog who was believed to have died in the hotel back in 1933 from leukemia. There have also been reports of what appears to be a badly mangled and scarred helicopter pilot roaming the grounds. One of the more gruesome stories and sightings is of another man though and have been happening at the hotel for years, it is thought to be a man who worked for the hotel in the late 1940’s. Believed to be Douglas Moore the young man was involved in a prostitution ring at the hotel and upon his mothers urging quit his job and then reported the activity. It is said that he was invited several weeks later to return to his job at the hotel where he would be fatally crushed by the elevator days later. It was said two employees were the cause of the young man’s death, but it has also been reported that the entire tale is rubbish, but none-the-less the young man known as Douglas Moore was severed at the waist by the elevator and is said to be seen roaming the basement area of the hotel, well the top half of him anyway.

There have been many reports of music, whispers and other voices and noises being heard when venturing into the hotel and it is often said that there are many more ghosts who reside in the Baker Hotel that never make themselves known as they just want to live their afterlife in peace. It is reported that the show Ghost Adventures will be airing an investigation in the hotel on December 7th, 2012. I know I will be tuning in just to see what they might find. Happy Hunting!