An age old battle rages still. On the surface it seems civilized, intelligent almost humorous; yet below the emotional line it is ferocious, bloody and unforgiving. The valor of the warriors is notable. Their actions in some instances can even be considered stellar.

Battle after battle, they prepare themselves, expecting their numbers to increase with others who are of like mind. Yet, increase or not, these career warriors are persuaded if they must fight alone, it is their fate, and, they are confident that they have the words of persuasion necessary to bring them victory!

What is this war?

This war is the eternal religious war, the war for and against Christianity. It is the war that only subsides when there is no conversation about religion, its founders or its followers.

Prayers that Avail Much: Commemorative Edition (3 Vols. in 1)
Buy Now

Who are these warriors?

The warriors are simple everyday people. They are people who battle in forums and on social networks; they battle for their beliefs. The warriors have fought many a battle and won glorious victories for their convictions. They know they are not warring to convince one another to change. It is understood that the convictions of both will be embossed upon their tombstones at that fateful hour.

They battle courageously, back and forth, warriors all; those who oppose the faith and the defenders of the faith. Each one careful to maintain emotional control, struggling to be heard by those who are seeking, those who have questions, those who have not yet learned to fight. These warriors understand clearly that to lose ones emotions is the beginning of loosing the battle. Each one endeavors to use logic to dissuade others and win some to their cause.

"Who is Jesus?", "Is the Bible true?" "Where will you go when you die?" "Can you prove it?" "Have you ever seen God"....the lines are drawn, sides have been chosen and the battle commences.

The tactics of the opposers to the faith are obvious. They attempt to dominate the topic, to use logic to disprove everything the defenders have to say. To mock and trip up those who are not slow to speak, those who anger quickly. The defenders of the faith skillfully avoid the traps, moving with precision, relying on the written Word. No side is unscathed; battle scars are visible on all who engage themselves in the fight. But scars or no scars, both sides are determined to do the bidding of the heart cry in their own souls.

What prize do they seek?

The prize is for the most precious thing in the universe, the human soul. The soul that Jesus died for...the soul that is more loved by God than man could ever comprehend. Countless numbers look on the battle, some too shy to enter in others afraid that their not strong enough to fire even one shot successfully. Often these are the unpersuaded, those who halt between two opinions. Those who are performing that delicate balancing act between believing and not believing, between choosing and not choosing.

Not making a choice is actually making a choice! When you falter or fail to decide, your choice has already been made for you. Not moving keeps you right where you are. The choice is to move and go forward or not move and stay stagnant.

What side are you on? What do you believe? There is no middle ground as some would like to suggest. There is a choice that all men [women], must make, and as stated above, not making a choice is actually making a choice. Choose ye this day whom you will serve, Joshua 24:15. How long halt ye between two opinions, if the Lord be God, follow Him. If Baal be god, follow him. 1 Kings 18:21

The greatest battle is won in prayer.....

Prayer to Receive Jesus As Your Lord and Savior

I come to you recognizing that I am a sinner in need of salvation. I believe that Jesus is the son of God, that He died for me and that He rose from the dead. Jesus, come into my heart; be my Lord and Savior. I receive you now and am now saved.....In Jesus Name Amen

Congratulations on your new life in Christ.......Read your Bible daily, pray daily and ask God to send you to a Bible believing church......

Fight the Good Fight of Faith 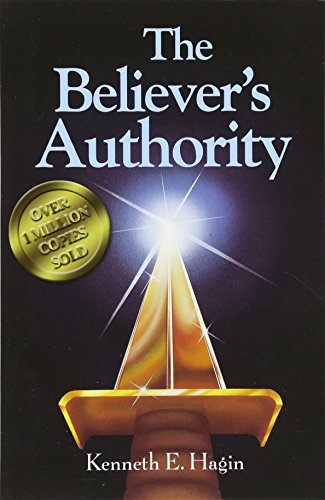