The Prayer of Agreement

The Only Prayer that Can't be Prayed Alone

1.the act of agreeing or of coming to a mutual arrangement. 2. the state of being in accord. 3. an arrangement that is accepted by all parties to a transaction. 4. a contract or other document delineating such an arrangement.

All this means is that the Prayer of Agreement cannot be prayed alone. It also means that whoever you are praying in agreement with, must actually want what you want.

The Prayer of Agreement like any of the other 9 types of prayers is specific to its name; Agreement. Full agreement is necessary if you are to receive that which you are praying for. You ask someone who does not believe in healing to agree with you for your healing. There is no agreement there.

You cannot ask someone who does not believe in prosperity to agree with you that all of your needs are met. There is no agreement there.

You have to find someone who believes like you believe about the subject you are praying about in order for there to be agreement. Many people have thought others were in agreement with their prayer request, only to find out later there never was any agreement.

Finding out in the beginning what people believe before asking them to agree with you in prayer will save you a lot of hassel.

In April of 2013, people watching the NCAA tournament saw a devastating and freak accident. Kevin Ware came down awkwardly on his leg breaking it severely. After the initial shock several of his teammates and a coach gathered on the court in prayer. It was the Prayer of Agreement for Ware. Tweets flew around the country and no doubt around the world with the one line... prayer for Ware.

Millions of people went into prayer agreeing that Ware recover speedily, that no repercussions or permanent damage be done, and that he would just be alright. These people were knowingly or unknowiling praying The Prayer of Agreement.

It Takes a Minimum of Two

My first husband and I went through the same challenges as any new couple in learning how to get along in our new status of husband and wife. We were both born-again Christians, fire baptized and running for the Lord, Hallelujah! And, we argued almost constantly.

Every year our church went to the Campmeeting sponsored by Kenneth Hagin Ministries in Tulsa Oklahoma. This particular year, our pastor was going to speak and we really wanted to go and support him. But as newly weds, our "money was a little funny".

One evening, after a particularly difficult day, we settled down and began a civil conversation. The subject of this conversation was the upcoming Campmeeting. My husband asked if I really wanted to go to which I said yes. He then said, "Well, let's pray in agreement and just believe God."

We stood and embraced one another as he began to pray. "Father in the name of Jesus, we touch and agree according to Matthew 18:18-19 about going to Campmeeting. We believe that all of our need is met and that we have clear finances to go and return, In Jesus name. Satan,we take authority against every effort of yours or your demons to stop the Word of God from coming to pass. We declare we are going to Campmeeting, in Jesus name! Thank you Father that it is done right now. Amen and amen."

Again I say unto you, That if two of you shall agree on earth as touching any thing that they shall ask, it shall be done for them of my Father which is in heaven. Matthew 18:19

Well, you know how the story ends, we went to Oklahoma and were blessed.

God will take the little and make it much!

You may think it strange that we, my husband and I, who argued so much were still able to get an answer to our prayer of agreement. It really isn't strange when you examine it.

The prayer of agreement says, "If two of you agree as touching any thing that they shall ask it shall be done for them of my Father which is in heaven." It doesn't tell us that we have to get along in order to do this. It tells us that if we take a thing, a situation, a circumstance and agree about that thing, situation or circumstance, it shall be done.

My husband and I did not agree about quite a few things, but we did agree about going to Oklahoma; and God honored that agreement.

All God needs is a little. If you believe Him, He will take that little and make it much, just for you. 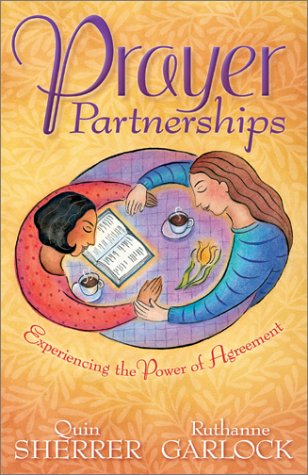