HILARY STAGG HE COULD MAKE A HARP SING TO YOUR HEART

I Was So Lucky To Meet Hilary Stagg

I was in Pasadena Ca. attending the Whole Life Expo in the late 80's and over all the noise I could hear a Harp being played. After about an hour I found myself standing at a booth where Hilary Stagg was playing the harp.

That day I purchased his tape "Feather Light" and from that day on I was in love with Hilary Stagg great work.

Hilary believed in dreaming and developed a way of dreaming through the Harp and making Music.

As time passed I find more of Hilary's work and have collected all of his music.

When I heard the news that Hilary had pass away all I could think was his is an angle with his harp.

"Thank You For Your Gift of beautiful Music"

Sunlight In The Rain - By Hilary Stagg

This song is from Hilary Stagg CD Beyond The Horizon.

With The springtime here and rain coming and going this video says it all.

Hilary Stagg had a great way of making the harp sing song that tough us deep with in our heart .

I'll always be thankful for the great gifts he made.

Hilary Stagg tribute CD is all about Hilary's life, as well as a tribute to all of us that miss him. Any of Hilary Stagg's CD make a great gift..

This CD is a beautiful tribute to Hilary Stagg. 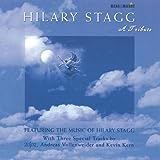 Reflection Of Love is from Hilary Stagg's Sweet Return CD. I fine this sound to be a great way to show love for someone you care for.

Amazon has made the job of looking for Hilary Stagg's CD the easy.

You can fine the one you like and on most of Hilary Stagg's CD you can hear a small part of a new one that you may be looking to get. 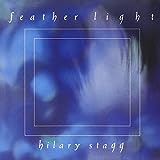 Feather Light
Feather Light was my first music from Hilary Stagg and I have always loved it the best.
Buy Now

Winter Magic - Video For The Holidays

I pick this video for all of us that are started to get ready for the up coming holidays.

I hope it help you with the stress of the Holidays.

Harps - Remember Anytime Is A Great Time For A Harp

Harp for someone or maybe for yourself take a look.

An Harp is easy to play and before you know it your be in love with the sound and music you can make.

I do hope you give the harp a try.

Remember when it gets to much stress for come back and listen to Hilary Stagg's harp playing. 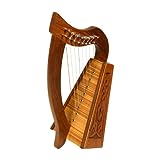 The life of Hilary Stagg

With a high school band sousaphone background, Hilary Stagg (named for Sir Edmund Hillary the famous mountaineer) was an electrician when in his mid-twenties he attended an Andreas Vollenweider concert.

He was enthralled and so inspired that he purchased a small harp. It was a delightful challenge for him to use his knowledge as an electrician in amplifying the instrument and his custom amplification was superb.

He tried formal lessons but quickly decided he would learn to play the harp a different way.

Hilary believed in and practiced lucid dreaming and developed a way of dancing with the music in his dreams a way of exploring and composing music in his "sleep" that became the core of his compositions.

As he experimented Hilary developed a gentle yet powerful melodic style that gave new meaning to soothing and relaxing music. He began performing regularly, refining his technique and confidence.

The results of his labor and dedication can be heard on seven titles for Real Music, Beyond the Horizon, Feather Light, Dream Spiral, The Edge of Forever, Winter Magic (Christmas selections), Sweet Return and finally Hilary Stagg a tribute.

Hilary died suddenly after a brief illness in June 1999. His music is our gift and ready to comfort and uplift at the touch of a button.

Hilary Stagg Was Influenced By

Loggins & Messina and The Doobie Brothers and The Moody Blues

Hilary Stagg also credits the sweet melodic stylings of Loggins & Messina, the Doobie Brothers, and the Moody Blues as influences for his music.

Loggins and Messina are a American rock-pop duo consisting of Kenny Loggins and Jim Messina who achieved their success in the early to mid 1970s. Among their well-known songs are "Danny's Song" and "Your Mama Don't Dance".

The Moody Blues are an English band originally from Erdington in the city of Birmingham. Founding members Michael Pinder and Ray Thomas performed an initially rhythm and blues-based sound in 1964 along with Graeme Edge and others, and were later joined by John Lodge and Justin Hayward as they inspired and evolved the progressive rock style. Among their innovations was a fusion with classical music most notably in their seminal 1967 album Days of Future Passed. Have sold 50 million albums worldwide and have been awarded 14 platinum and gold discs. They remain active as of 2010.

Just Stop In And Vote

I would like to thank each one that stopped in to vote.

If you have not heard Hilary Stagg check out the YouTube video.

GIVE YOUR VOTE ON HILARY STAGG

I would like to thank for do this video, it is so beautiful.

This video is a tribute to Hilary Stagg for all the wonderful hrap music he has given to us.

To The Presence Nature

The on move Hilary Stagg music is in

Hilary Stagg was working as an electrician when he heard Swiss harp sensation Andreas Vollenweider in concert. At that moment the Northern California native was inspired to learn all he could about the electro-acoustic harp.

A few years later he was releasing his own albums using his knowledge as an electrician to amplify his instrument to suit the soft dreamy music he was developing. Stagg also credits the sweet melodic styling of Loggins & Messina, the Doobie Brothers, and the Moody Blues as influences.

Over the course of his recordings Hilary Stagg has grown increasingly accomplished as a performer and composer Linda Kohanovand All Music Guide .

WHAT IS THE ELECTRIC HARP

Take a harp and add electric

Like electric guitars, electric harps are based on their acoustic originals, and there are both solid body and electro-acoustic models available.

A solid body electric harp has no hollow sound box and thus makes very little noise when not amplified. Alan Stivell writes in his book Telenn la harpe bretonne of his first dreams of electric harps going back to the late 1950s.

He designed and had made a solid body (after different electric-acoustic harps) electric harp at the turn of the 1970s-80s, about the same time as Rudiger Oppermann. Alan Stivell later (early 80s) had a meeting with Joel Garnier who decided to create a model.

Alan Stivell went on independently to design and have different single models been made with Leo Goas-Straajer (before the Camac - Alan Stivell last experiment). The first such commercially manufactured instrument was made by Camac also helped later by the request of jazz-pop harpist, Deborah Henson-Conant.

The result looked like a light framed Celtic style harp, but each string had a crystal (Piezo) pickup at its base. They can be plugged into various amplification systems and players are able to use effects pedals similarly to electric guitar players.

Another part of Henson-Conant's request was that she should be able to move around the stage with the harp and thus the smaller electric harps usually include a system to strap the harp to one's body.

Solid body electric harps are usually lever harps, though solid body pedal harps have also been built. Since the cost of a pedal harp is so high it is more economical for a harpist to purchase an electro-acoustic model of pedal harp as it can also be played without amplification.

An electro-acoustic harp looks nearly identical to a regular acoustic harp whether lever or pedal. It too has pickups at the base of each string and some also contain a separate pickup inside the sound box enabling the harpist to mix the signals from both kinds of pickup to produce special effects. Often such harps include an on board preamplifier.

One of the most famous electro-acoustic pedal harp models is Camac's "Big Blue", finished in a striking electric blue color.

HILARY STAGG AND THE SOUND OF ANGELS

Hilary Stagg had such a love for his music and the harp music that Hilary played was like hearing an Angel with a harp.

The first time I heard Hilary Stagg so many years ago to this very day the sound of Angels sing seems to come from his music.

I am sad that there will be no more of Hilary's music to touch my heart but I will always rejoice in the gift of music he has given myself and so many others.

For all time we do have Hilary Stagg music's with us.

Hilary Stagg - This is a tribute to Hilay Stagg

ANGELS - We all can use an angel in our life

Fiber Optic Angel Figurine
Turn off the lights and enjoy the soothing ebb and flow of colors throughout this fiber optic angel figurine. The lovely, frosted glass figure in multi-layered gown, poses serenely with folded hands, atop a silver base.
Buy Now 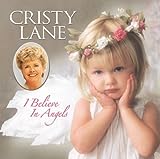 I Believe in Angels
Cristy Lane's 'I Believe In Angels'. Her heartfelt renditions of classic country/gospel songs are both inspirational and emotionally (and sonically) fulfilling
Buy Now 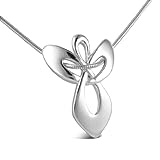 HILARY STAGG - Some of the best from Hilary Stagg

Look over the music below by Hilary Stagg and see if you can just vote for one.

All of his music is a vote from me.

MY WORLD ON SQUIDOO - Check out other lens

As much as I like Hillary Stagg. Here you will see some of my other interests, that I have created squidoo lenses about.