The story starts with my brother. He was 5. One day we got to know from somewhere that there is a school for martial arts nearby. My parents thought, boys need to be strong. So they admitted him there. Me and my sister was also taken care of. My family was into sports, so we were admitted in a cricket training school. Everything was good, we all were happy, suddenly don't know what came in my parents mind, they thought it would be great if all of their children learned martial arts! Dream of being a part of national women's cricket team for Bangladesh just vanished with a twinkling of eye. Back then, whatever my parents decided was final.

Okay. So we joined the martial arts school. Previously I thought all martial arts meant 'KARATE' but there I knew I was so wrong! There are so many different types of martial arts....the one we started to learn was Taekwondo. I wont describe much here, just FYI, it is the national sport in Korea. We used to go to a all girl's school, and our taekwondo school was for both girls and boys. My sister, being way more introvert than me, found it very difficult to cope up with the new environment. At first, we didn't like it at all.

Days passed by. We used to go there every alternate day. Our trainer, Dipu sir, was very strict about the discipline and training. We were not like most of the other girls here who are not used to sports or physical activities, but even then, did he torture us! After an appetizer of one-hour long warm up, he served us the main practice course. A minimum of 200 kicks, punches, blocks each we practiced our choreographed demonstrations. We used to curse him everyday. We prayed so much to God to get us out of that hell.

God listened to our prayer.

So 3 years were gone. Things were not like before. Our stamina increased. We got strong, really really strong. The torture became fun. we had races, we had competitions, something new everyday. We made new friends. It was like a new family to me. We eagerly waited for every 48 hours to pass so that we could go to taekwondo classes. What we didn't realize was, we were growing up. According to the social and religious stigma, doing any kind of physical activity in front of boys were not considered 'good' anymore. One day, our parents forbid us to go there. My whole world shattered. I had nothing other than taekwondo in my mind. I had so much yet to achieve. I wanted to get my black belt. I was preparing myself to participate in national tournaments. The only question run in my mind was, 'WHY? WHATS MY FAULT??'

It was 1999-2002. I was only 14. I couldnt do anything, other than hoping that someday, I might get the chance again. Taekwondo schools for girls are not available here. My previous school didnt run anymore for some reason. But almighty god must have been really pleased with me, as in 2009 I found another taekwondo school in Dhaka. But it was too hard for me then. I was a 2nd year med student, had to be at med school from 7 am till 3 pm. My taekwondo classes started at 3:30 pm. I couldnt manage time to have lunch for a year or so. But after a year of 3 hour training session everyday, for a year, I finally proved myself worthy of my ever-worshipped black belt. Boy, was I happy! :-) 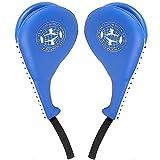 Please visit my other hubs

Would you like to train yourself in martial arts?