It was always thought the high altitude conditions of Mexico City in the 1968 Olympics could trigger a world record in the some events,but how many people in the Olympic Stadium thought that they would witness quite simply the greatest physical feat in Olympic history. The enormity of the way which he beat the long jump world record,will probably never be matched in Olympic History.

Among the legacies that have lived on from the great Jessie Owens era were his long jump records.His world record leap of 8.13 metres(26ft 8ins) 1935 ,and his Olympic best of 7.38metres(26ft 5 ins) at the Berlin games a year later both stood until 1960 . Both fell to the US star jumper, Ralph Boston, who improved the Olympic record in Rome and inched the world record in six instalments up to 27ft 5 ins. by 1965, an advance of 9ins in 30 years.

Bob Beamon, a 22 year old black athlete, born in Jamica in the state of New york, was already known to have immense talent and great potential. He was an ill-disciplined jumper and described by coaches as a "loose cannon" . Anything was possible, the lean and lank jumper was just as likely to take off from his wrong foot and way behind the board as he was to launch the perfectly accurate take off,

It was here in the thin air that Beamon opened the qualifying session with two hopeless fouls.He got by on his third, and last attempt which produced a leap of 26ft 10 and a half inches , which was three inches shorter than the new Olympic mark that was recorded by Boston.

A day later the sixteen finalists gathered for the final round and the first three jumpers in the draw all produced fouls.Beamon was next up with his huge bounding strides and tremendous pace as he neared the take off board, he hit it perfectly and square with force. The height of his leap was noticeable and breathtaking. the big man landed with his head between his knees.The Mexican spectators knew they had witnessed something special and gasped in amazement.The officials gathered in a huddle and slowly the electronic board lit up, an 8 appeared then came 90. Eight metres ninety centimetres.Twenty nine feet two and a half inches!

The following wind speed was the maximum allowed, the fast tartan track and altitude had allowed him to shatter the world record by 55 cm(1 foot 9 and thee quarter inches).At the time many thought the record would stand for a 100 years.

As it happened he never again jumped further than 26 feet 11 inches, and failed to make the Olympic team in 1972.

The next time the long jump world record was broken was in 1991 in Toyko, Japan when US athlete Mike Powell leapt ahead at 8.95 metres. 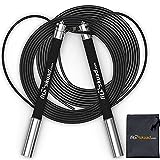