Paolo Rossi played in two world Cups for Italy,his priceless contribution to the Azzuri's 1982 World Cup triumph is legendary,all the more as it seemed he was destined to never play in that world cup.

The gifted Rossi was actually suspended from football for 3 years in 1980 after it was alleged he was involved in fixing football matches.The famous betting scandal erupted after Rossi's team Perugina drew 2-2 with Avellino.Rossi scored both goals,but he was accused of taking a bribe!The match fixing involved a huge syndicate and there were dozens of arrests.for Rossi's part he got a three year ban, however he always protested his innocence,and it was reduced to two allowing Rossi to play in the 1982 World Cup.

Born in Prato,Tuscany in1956,he made his professional debut for Como where he started out as a winger ,and was rather injury prone in his early career. Converted to striker he scored 21 goals in his first season,his progression was noticed by Enzo Bearzot who took him to Argentina for the 1978 World Cup.

Italy finished fourth in this tournament,as the 21 year old Rossi caught the eye of the football world.The prowling striker having scored three goals against Hungary,Austria and France. The fox in the box looked hungry for success.Only six months later though his career lay in tatters due to the betting scandal.

Azzuri coach Bearzot again selected Rossi for the 1982 World Finals. despite only playing three games for Juventus since his ban

Italy's campaign blew cold and hot.in the 1st round group stages they cynically drew all three games scoring only two goals.In the second round they had to play Brazil and Argentina.

In an extraordinary match against a wonderful Brazil, Rossi scored first after five minutes. After a Brazilian equaliser Rossi scored again, but Brazil levelled once more.Only for the brilliant Rossi to complete his hat-trick, and knock the peoples champions out of the world cup.

Many thought the Italian bubble would burst, but after Rossi scored his sixth goal of the tournament, a diving header, to set Italy on their way to world cup glory.He also assisted MarcoTardelli for the second goal as the Azzuri outplayed their opponents in a 3-1 triumph.When it mattered Italy had beaten the best the world could offer.

Paolo Rossi was a hero again, he was the tournament's best player and he took the Golden Boot award.

Although Rossi was in the Italian squad for the 1968 World Cup, he did not play a game. Club football success continued whilst playing for Juventus.His career was still plagued by injuries,and he retired from football aged 31.

He scored 20 goals in 48 appearances for Italy including 9 world cup goals.

Many years later the player involved in accusing Rossi in the match fixing scandal admitted the allegations were made up. 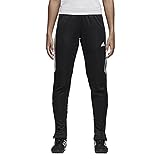