The World Cup Mascots. The Story So Far.

After searching over more than 40 applicants, Armadillo was chosen as the mascot to laud over the FIFA 2014 World Cup Finals.

Launched by a Brazilian legend, the indestructible Ronaldo the three banded armadillo is capable of rolling itself into a ball, and a very apt mascot for the hosts, probably the greatest ball conjurors ,in the history of the world cup.

Brazil are keen to promote the importance of the environment and ecology,the armadillo is indigenous to Brazil and is in danger of becoming a rarity.Most of Brazil will be hoping it can bounce back just like the record winning Samba Boys.

I have covered Willie in  World Cup Willie The First & Greatest World Cup Mascot .This pioneering Mascot was a huge success at the 1966 world cup finals held in England.He was,and still is the most popular and easily recognised mascot.FIFA'S Mascots have been seen at every world finals since.But have they really lived up to Willies reputation?In my eyes the mascots that have succeeded "The Grandfather" have been a bit of a let down. How many can you remember?

These mascot makers all had the same idea as a theme of small boys with footballs lined up for the next three finals.

Mexico gave us a sombrero wearing Juanito as a mascot for the 1970 finals. He wore the Mexican colours of green,white and red.His large tourist hat had MEXICO 70 on the front.A memorable mascot, probably because they were the first finals televised in colour.

Tip & Tap danced in for winners West Germany in 1974. The two boys, both wearing the traditional white shirts of Germany,had the letters WM ( (Weltmeisterschaft, World Cup) on one shirt and the number 74 was on his friends shirt.

In 1978 the winning hosts Argentina were represented by Gauchito. Wearing the pale blue and white colours of the home nation with whip in hand and hat on head, he ticked all the boxes!However i seem to remember the ticker tape celebrations better.

It really started to go downhill from here, as it was the turn of the fruit & veg! Spains mascot for the 1982 world cup was Naranjito a small orange with a wide grin.He is also wearing the Spanish national colours.

In 1986 Mexico spiced it up with Pique. A chili pepper complete with sombrero and moustache. Neither of these inspired the home nations to glory.

Then came Ciao,the aptly named mascot for ITALIA 90. The name comes from the Italian greeting .The red white & green blocks makes it looks like it could have been constructed from Lego!

For the 1994 tournament in the USA, we were presented with Striker The Dog, Imaginatively voted in by the great American public. He looks like he is wearing a uniform rather than a football kit.

The first fowl was introduced to us for France 98.Based on the French national emblem,Footix smiled on the French that year as they won their first ever World Cup.A mainly unforgettable mascot ,but for myself an oddly memorable one. As i still have the t-shirt with this motif !

The first World Cup of the millennium held in Korea/Japan 2002 brought us not one, but three mascots.They were "High Tech" Pokemon style characters Kaz, Ato and Nik.(mostly remembered as Tic Tac Toe).

The lion roared back for Germany 2006,a rather sad looking beast compared to Willie,The Henson Company created another Muppet.The grandly named Goleo VI. Complete with with his talking football.

Pants? well actually no!His creators didn't give him any,and he went about his work half naked.Even the German public never took to the lame lion.This talking,dancing lion was a spectacular failure in their eyes.

Zakumi the World Cup Mascot, for the 2010 world finals held in South Africa was a friendly green haired yellow leopard,he was chosen to front FIFAS marketing of the 2010 world cup. finals . Zakumi was there and "ready to welcome the world" at the great kick off

Zakumi was derived from "ZA" an acronym for south Africa and "Kumi which translates into "10" from African language.He looked like the host with the most, and a determined looking animal with a cheeky hint of attitude.His main priority was to turn this showcase event into a joyous and happy occasion,and bring out the true spirit of this colourful African continent.

Sadly Zakumi was somewhat overshadowed by the real big noise from the tournament, the vuvuzela.

This tuneful addition to every game was provided by the local supporters, and found to be highly annoying by most fans and television viewers.It was not Zakumi that provided the real "buzz" and true spirit, but the vuvuzelas. 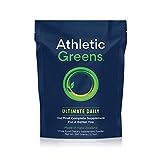