World Cup Football 2010, Have the England Squad a hope in hell

Ah, Football, the beautiful game. Not so beautiful though if you are not backing the winning team. However, for the legion of true football fans it is about more than just your team.

Hubby is an ardent football fan and has already decided that he will be monopolising our home TV for the duration of World Cup 2010. In fact he probably decided this just as World Cup 2006 ended.

No change there then.

Each World Cup he and I share friendly banter about what matches her may or may not be able to watch. As soon as the competition kicks off this goes out of the window. If there is a World Cup football match on when he is home he will be watching it. As someone who works shifts this inevitably means that he watches almost all of the World Cup matches.

It is not a problem if England are out of the competition as Hubby has a short list of other teams that he admires. This list usually includes Italy, Portugal and one or two of the South American and African countries. The final list will depend upon how well they have been playing. He is a professional football fan to the end.

Of course, as an English person he would love England to win or at the very least do well. Both he and I are old enough to remember watching World Cup the last time England won, in 1966. Like most other English fans we are hardly likely to ever forget it. However if we could win again perhaps we could broaden our conversation a little further than 1966. I may not be a football fan but, come the World Cup and the football saturation my brain receives, I find I am soon cheering and jeering along with the best of them.

So what are England's chances this year? Are they good, slim, fat or downright impossible?

England have a few things in their favour for World Cup 2010 but of course nothing in this life is perfect. Still we should not bleat, as this will be true for all teams participating in the contest. Here, in my humble opinion, are a few of the pros and cons for World Cup 2010.

The England squad's manager Capello seems to me to be an asset. He is knowledgeable and has a great footballing background. To be fair that is usually the case for such manager's. However Capello seems to know his own side, be an authority figure and have the knack of picking the right team. As of 24th May the final England World Cup squad has not been finalized. Capello is keeping his options open. This seems to me to be the right way to go about it. Soon he will have to finalise the squad to ensure that the team work properly together. Only time will tell if Capello will go down in English footballing history as the manager to secure the second World Cup win for England.

Earlier this year it seemed as if feisty Wayne Rooney was at the peak of his football career. There seems to be a time in each great footballers career when they cannot put a foot wrong. Playing for his Manchester United football squad he seemed to at his peak. Unfortunately Rooney has had to contend with injuries since then. He has still been a playing force to reckon with but perhaps he has already peaked. However he does seem one of our best chances for World Cup 2010.

Apart from Rooney other possible members of England's World Cup 2010 football squad seem to have been plagued with injuries. Even the World Cup friendly played on Monday 24thMay 2010 against Mexico did not escape an injury. A clash of heads saw Stephen Gerrard finishing the first half of the match with a huge bandage around his head. All the World Cup football squads will have had their fair share of injuries but England's could be a problem. The trouble is that most of the injuries have been on England's best players. I guess this is one of the reasons why Capello is procrastinating about the final team selection. If those he chooses include a fair few who are only partially fit he could soon end up with no team at all.

It will be winter in South Africa when World Cup 2010 kicks off. This should mean that the English players find nothing unforgiving about the climate. In fact the weather should be similar to Spring or Autumn in the UK. I did read that one of the stadiums is at a high elevation and so the atmosphere may be a little different but nothing too drastic overall. After all we have played in mush worse or more unusual weather in the past.

THE ENGLAND TEAM IN GENERAL

Potentially this England team could be England's best chance at the cup for many year. It may not be perfect but it has plenty going for it. With a young side, a good management team and skillful players it could be enough.

For years we have seen and read about the English football league making more demands on potential England footballers. The players are seldom given the amount of time needed between club and country matches. Perhaps the English football association ought to finally address this problem.

England football fans, including my hubby, will have much more on their minds. Which teams are in the same group? If England progress who they may play in the next rounds? It does not wash with Hubby when I say that if England are any good it should notmatter what team they are drawn to play. In reality I do know that luck plays its part in any football match along with skill and professionalism.

So good luck to the England Squad and, like it or not, I will be watching and cheering along with the rest. I may not love football but I do not hate it. As I watch hubby running around the room, getting involved, screaming, cheering, swearing and more I find it impossible to stay neutral.

Since this hub was created England seemed to go from bad to worse. Then suddenly all was forgiven. Their win over Slovenia may have been short on goals but it was huge on effort, determination and goal shots. This England team seemed like a new squad. This win secured a place in the next round and restored the faith of fans. However, with the shortage of goals England ended up drawing Germany for their next match.

Germany may have also had a slightly bumpy World Cup ride but overall they seem a better team. Their ruthless efficiency has not always been evident but they must be favourites for the game on 27th June 2010.

I can only join with other England fans to bellow COME ON ENGLAND, and then hold my breath and cross my fingers. 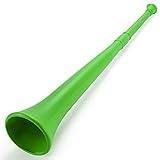