My Top Five American Soccer Players in the World Picks

My picks of the top five soccer players that are born in America and play for world soccer are featured on this page. Some the men of soccer are young in their twenties with many years ahead of them. While others are in their prime, but are still going strong.

All of these pro soccer players have won awards or broken records. They have proved to be the best in their field.

One example of a special award to one superstar soccer player is Tim Howard. H is the Everton goalkeeper and captain of the United States Men's National Team. At the 2009 Confederations Cup he was awarded the Golden Glove award for best goalkeeper

Saving the best for last

The 42-year-old goal is a legendary goalkeeper and is also known as "The Human Wall" after his antics in the 2002 World Cup. He has had successful stints at Liverpool, Aston Villa, Blackburn and Tottenham.

With a vast amount of Premier League experience under his belt, he is the oldest player in the history of the league. Friedel still has sharp reflexes and I would still rank him in Top 5 keepers in EPL right now.

Souvenirs as Shown in Photo

Thinking Outside the Box: My Journey in Search of the Beautiful Game Paperback by Brad Friedel

As a person who has experiences an amazing journey throughout his career abroad, soccer goalkeeper Brad Friedel has scored high with three World Cup tournaments, two Olympic games and in a Premier League. He calls himself a visionary and likes to think outside of the box.

In this story of Brad Friedel, offers his perspective of life and the world revolving around soccer. A lesson can be learned here to think and focused on new ideas and dreams to better life on the road to success.

The 'box' is the area of where the goalkeeper is that protects his area from the opponent team form scoring. This area includes the net and a boxed in area that is marked in the green in white.

Have fun with this collectable Spurs Brad Friedel goalkeeper figurine.

Easy to set up and take down. Move it from one area of the yard to the other. This is perfect to set up for training for your little soccer player or yourself if you are on a soccer men's or women's soccer team.

Take it to the park and have some fun. Durable for all types of weather.

For the soccer player

Michael Bradley presently plays for Roma in the Italian Serie A as a central midfielder. He is a strong soccer player and looks quite strong and impressive. Bradley was a former Chievo player who is at the age of 26, has not yet reached his peek and can do wonders for the team under Coach Jurgen Klinsmann.

Brady grew up on soccer. When he was young, his father Bob Bradley was a coach for the soccer team in Princeton University.

Then as a teenager, his family moved to Palatine, Illinois. His father coached the Chicago Fire of Major League Soccer team. At this time Michael Bradley played for Sockers FC. It was a great experience for him as the Sockers FC finished third in the 2002 National Championship. 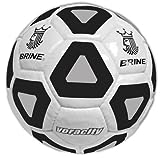 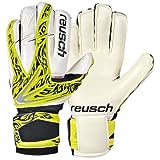 Posters look better in frames. This one highlights Michael Bradley of Team USA during the FIFA World Cup. This took place in South Africa between the men's national association football teams for the championship.

Starts with the cleats

Landon Donovan was the best player for Klinsmann's team in the Gold's Cup 2013. Some have declared the 31-year-old as less impressive, but it won't be wrong to say he is still one of the most dominant players in the MLS.

He can still put in a world class performance, whenever he wants. His performances at Everton are still remembered by the fans there.

This t-shirt is made of 100% cotton with screen print graphics and available in the different sizes on the Landon Donovan pages.

Landon Donovan is featured in this wonderfully written e-reader book by author Rebecca Thatcher Murcia with easy to understand information and colorful photographs. As the captain of the United States men's national team is known to be a superstar of America. The history of when Donovan was a little boy to where he is today is featured in this book.

Tim Howard is a crowd favorite for both, the club and the national team. He is rock solid between the posts and is generally sharp and focused. The 34-year-old was an instant hit at Manchester United, but was unable to handle the pressure at Old Trafford and lost his confidence after making some mistakes on the field.

But his half a decade stint at Everton has given him recognition among the top keepers in the league.

More of Tim Howard is featured in USA vs. Bosnia-Herzegovina and Soccer Memorabilia. 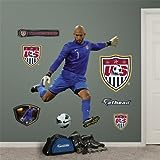 Clint Dempsey on Top of the World

The skipper of the U.S. Soccer team took off from the Spurs to Seattle in this transfer window. Dempsey's determination and drive separates him from others in his team. The coach's favorite player can score against big teams and carry on the weight of the team on his shoulders.

In 184 appearances for Fulham, Dempsey scored 50 goals and 7 goals for Tottenham in 29 games.

Are you a soccer fan?