How to Pretend Your Landline Phone is a Cell Phone

Jeannie has been writing online for over eight years. She covers a wide variety of topics—anything from hamsters to office work.

In today's day and age, just about everyone has a cell phone. Some people are so addicted to their cell phones, you would think their cell phones have been permanently sewn to their ears. Many people now choose to only have a cell phone now rather than a landline phone. Sure, that might sound like a fun idea until a storm comes along and knocks out the power for a week. Good luck with that.

At any rate, there are those of us that prefer a landline phone. You don't need electricity to use them. You just plug them into the wall and go on with your life. Sure, a cell phone can be convenient, but then people insist on being able to reach you anywhere you go. Personally, I am not on call 24 hours a day, seven days a week, and don't want to be bothered when I am out. So my preference is the landline phone. I have a cell phone (only pay-as-you-go) for emergencies only. However, people mock me all the time for that.

If you are reading this hub right now, chances are, people mock you too for your decision to use a landline phone as your primary phone. Well, I am now here to help you overcome that. From now on, we can just pretend we are using cell phones all the time instead of a landline phones. You may wonder, just how is that possible? Well, I am here to help! 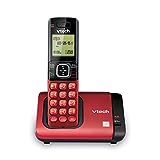 Pretend You Are Getting Texts

While using your landline phone, you don't have to worry about getting those pesky text messages all the time and having them interrupt your phone conversation. Well, you are just so lame, aren't you? It is necessary while on your landline phone to pretend you are constantly receiving texts. You might even need to make an "beep" sound here and there during your phone conversations to really fool the person on the other end into thinking you are on a cell phone. 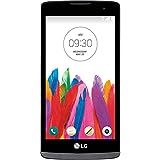 Hang Up The Phone Sometimes

If you really want to sell your friends and family members on the idea that you are using a cell phone, you are going to have to periodically hang up on them in the middle of a call. When you call back a few minutes later, just tell them, "Damn cell! I can't believe it keeps dropping my calls!" Then, if you really want to take it to the next level, tell them you are going to report it to Verizon, AT&T, T-Mobile... whatever. You've got to really sell them on this one.

Another aspect of the fake dropped call that works so well, is you can also just "drop a call" when someone brings up a subject you'd rather not discuss. Talking to your boss on the phone? Is she telling you about some annoying project you'll have to do the next day? Oh no! Dropped call time! Of course your boss can't be angry. You are using a cell phone, right? Dropped calls happen all the time! No wonder cell phones are so much more popular than landline phones now.

Are you starting to get bored with your phone conversation? Need an excuse to end the call? With a fake cell phone, you can easily achieve that. Just turn on your TV to a group of people talking and pretend you are at the store! Of course, who wants to be honest and let the person on the other end actually know you need to go? No one!

Act like you are at a store just like every other annoying cell phone talker you have to tolerate at any store. Pretend you are about to go to the checkout line. Of course, that might not be that believable. After all, who is actually polite enough to stop the cell phone conversation while at a store now? Maybe you should just pretend you are driving instead. If you mention you might have hit a deer and you need to check on it, that will work.

Well, friends, I hope I've been able to help you find strategies in your own life so you can pretend you are using a cell phone even when you are just using a landline phone. You wouldn't want people to think you were totally out of style, would you? Of course not! So enjoy your fake cell phone fun, and don't forget to drop some calls and pretend your reception is terrible. That is what being cool and having a cell phone is all about!