When I went on the market looking for a new phone, I knew nothing about this type of technology and I was used to using cheap feature phones that carriers give you for free even with the shortest contract. I was looking for an entry level smartphone that would not be too expensive, because I was fed up with the low usability of the devices I was carrying around at the time. I have two contracts, so the idea of getting a smartphone that could work with two SIM cards at an affordable price seemed like an amazing bargain. I wasn't looking for bleeding-edge technology, but something to start with, so I got it.

But as I started using it and reading about what a smartphone actually is, I was faced with a huge disappointment. What I had purchased turned out to be an unreliable feature phone that fails miserably at tasks even my old 2 cent phones could fulfill reliably.

Looking at the specifications on paper, this phone doesn't look so bad, but sadly, it's software is full of bugs. I have had this phone for about nine months and I've learned the hard way that I should not trust it even with a simple thing like alarms. Sure, the dual SIM card functionality is pretty nifty and there are some features that work fine, but on the whole, this device has presented me with failure after failure.

Read more about the gadgets to stay away from at www.FlawedGadgets.com!

The cold facts that do not give you the full picture

Why does the phone fail across the board

Well, to put it simply Samsung just did not put the effort and resources to perfect the user experience. There are so many bugs in the system and so many functions that are not working that it's amazing they even released it to the market with their name on it.

Now let's see what is wrong with it.

First and foremost the phone doesn't always ring and the alarms don't work most of the time. Before this phone I used cheap phones with very limited functions, but I knew that if I set an alarm for the morning, the phone is going to wake me up. With the Samsung Star II Duos GT-C6712 I'm always worried that I will oversleep since it has happened far too many times already. This is unacceptable and unbearable and Sammy should be ashamed of this little runt. And when I get a call and the phone does not ring because of its buggy excuse of an OS (it's actually a menu like those of the old feature phones) and my relatives get worried sick, it's a failure in the most important thing a cell phone should do - let me call and take calls. I'm at a loss for words trying to describe how inappropriate this situation is.

Even with the smallest loads, this little cell phone is struggling for resources. While browsing, every time I try to open a web page that does not have a mobile version, I get a message that I'm out of resources and I get prompted to close my other running apps which are simply to widgets on my start screen. I end up having to close the browser and start over. It has happened even with a bit more cluttered mobile pages, which is something that should not happen. It's nice to read news on your cell phone, but this device's lackluster internals limit the experience. 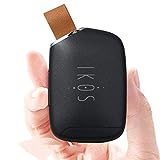 The on-screen keyboard is the only way to input text and numbers into this device and sadly it's unresponsive in both portrait and landscape. The landscape version is of course QWERTY, but the combination of the relatively small screen, combined with the not really top-notch touch sensitivity often make typing frustrating. It's hard not to press the wrong button and sometimes you end up pressing function or menu buttons that end up destroying what you've inputted so far. The portrait version with it's much larger keys and the regular cell-phone distribution of the letter over the number keys is much slower and you still might end up pressing backspace instead of 3. On the whole, the capacitive touchscreen is below average quality and the lack of multitouch makes navigation even more difficult. You can simply forget about pinch-to-zoom and other nice two finger gestures that have become a standard on even the entry-level smartphones.

Other glitches and design failures

Another very frustrating moment is when your battery becomes depleted during a call and you are using the vibration profile. Instead of giving you a beep through the speaker the phone notifies you by vibrating, which creates a loud, unpleasant and surprising sound for both you and the person on the other side of the line. Additionally, it is not only extremely annoying, it also helps deplete your batter even faster. In my opinion when the battery is low, the vibration alert should be turned off. Additionally, when you take a picture with the phone's camera you need to do it with an on-screen button, while your SIM card switch dedicated physical buttons stays unused despite the fact that it's in the most intuitive place for a button to snap the photo with.

And the biggest blunder of them all - bada.

When I bought this phone, Samsung were still trying to call the phones menu interface an operating system. This is not an operating system since you cannot instal applications and you can customize anything to your liking. The ability to run Java Games does not make bada an OS. There were phones that could do this 10 years ago and they were all simple feature phones. You cannot instal anything but a few useless widgets from samsung.com and some of them are buggy themselves. There is this nice downloadable digital clock widget that does nothing but display the time. Sounds simple enough. As simple as it may be our friends at Samsung couldn't get it to work properly - the modern locking digital clock gets stuck on a time and stops refreshing and you might not notice it for a few hours. Unpleasant, dangerous, misleading and most importantly inexcusable.

All of this shows that the attention to the quality of this device was very low and it was not properly tested. If Samsung had tested it properly, they would have changed or cancelled it. Dealing with this device destroyed a lot of the respect and brand loyalty that I had for them. The most annoying thing of it all was the promise of a smartphone-level functionality that this phone simply does not deliver on.

A hands-on with the phone to help you see how it actually handles. Sadly, you can't uncover the fatal flaws right away.

In the end, it's almost a complete and utter failure, but there are a few things that work on this phone. The camera is not so bad and it can do the job of a mediocre point-and-shoot to preserve your memorable moments.

The dual SIM stand-by is actually an amazingly nice feature that saves you from carrying two slabs instead of one. The down side of it is that while you are talking on one of your lines, the other will appear to be off to people trying to call it at the same time.

The phone looks good, despite the typical Samsung cheap plasticy feel and the button layout is actually comfortable. The volume rocker is where it should be and the overall physical design of the phone is nice. A typical black slab with a grey rim, but when you are looking at a budget offering, this is more than you can reasonably hope for in this category.

The browsing experience is OK if you don't mind sticking to small mobile pages and don't need tabs. I feel better connected with this phone than with my previous ones, but I've never had a decent smartphone - something which this phone is not.

In the end it all comes to one very simple question - would I recommend this cell phone to anybody and the answer is no. It gives the promise of an entry-level smartphone, but smart it is not. Not by a long shot. Even Samsung has realized how misleading and inappropriate the way they were presenting the phone was a few months ago and have since toned it down. Still, this phone gives a bit of a promise but it simply cannot deliver. I'm still amazed how a big and serious corporation can allow such a lackluster product to be on the market bearing their logo. It's a disgrace.

I don't recommend buying this phone for anybody but your grand-father's tech-savvy younger brother that hates carrying two phones and can't be phased by bad user experience. Despite it's low price, this phone doesn't offer enough functionality and reliability, so I would advise anyone contemplating buying it to look elsewhere for a device that would satisfy they dual SIM card stand-by needs. If you are not planning to use this functionality, don't buy a phone with it.

Personally, I'm looking forward to getting a real smartphone running Android Jelly Bean from a different manufacturer - I have already ordered a 16GB Nexus 4 from LG and Google. Other devices I was considering were HTC One X, HTC One S and Samsung Galaxy SIII or SII. If you are wondering what to buy check out my Smartphone Buying Guide 2012.

My Samsung Star II Duos got stolen so I'm really looking forward to my future real Android smartphone. I hope it creates even more problems for the person that stole it for me and he misses all his or her important meetings because of the unreliable alarms and the poor user experience frustrates him out of his mind. Google and LG, thank you for the nice no-contract killer replacement option.