When you hear the words “renewable energy,” what comes to mind? Most people will likely say that wind and solar energy are the first thing that comes to their mind. The irony of this sentiment is that biomass power plants actually supply almost 15 times more energy to United States consumers and businesses than all of the solar and wind power plants currently operating combined. Touted as a carbon neutral sustainable energy source, many experts say that we should be spending more time researching and developing biomass energy systems instead of focusing on solar and wind power. So just what is biomass power anyways and how does work? Moreover, what are the challenges and downsides to this energy contender and how can we overcome them?

Biomass is essentially any unrefined plant based material. In the purest sense, typical biomass can be comprised of many things such as dead or freshly cut trees, vegetative waste, or even agricultural waste from crops and animals. Other things such as bagasse (leftovers from sugar cane processing), pomace (leftovers from wine production), and certain types of scrap material from lumber processing plants (such as tree bark and limbs) are also considered biomass. For a substance to be considered true biomass (in terms of our discussion), the bulk of the material has to have been formed though photosynthesis and it has to come from a renewable energy source. For example, coal is not considered biomass even though it has originally came from a biological source because it was not directly formed through photosynthesis nor is it renewable.

Biomass Energy Systems: How Energy is Obtained from Biomass

In the most basic (and most inefficient) biomass power plants, raw material is simply burned to create heat. The heat is used to boil water to generate steam that can turn turbines. Aside from direct burning of biomass material, energy can be obtained by a number of other more efficient processes. The current most common methods to turn biomass into electricity are the gasification, pyrolysis, or the anaerobic digestion processes.

The gasification process allows the biomass to be converted directly into a gaseous fuel called syngas using intense heat and an oxygen free environment. Syngas is a mixture of hydrogen and carbon monoxide that can be combusted in a gas engine to generate power (similar to natural gas).

The pyrolysis process involves the rapid thermal decomposition of biomass in a no or very low oxygen environment. First, heat and pressure are applied to the biomass under carefully controlled conditions. Instead of combustion, the biomass is condensed into a liquid that can be stored, transported, or used as a biofuel.

In the anaerobic digestion process bacteria is used to decompose biomass in an oxygen free environment. During decomposition, methane gas is create by the bacteria. This methane rich biogas can be used as fuel to directly supply a generator. 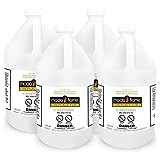 Economics of Biomass Energy: Is it Worth It?

Since approximately 4% of the energy currently produced in the United States come from biomass, the obvious answer would be that yes, obtaining energy from biomass is worth it. However, there are many things that need to be considered before we jump on the “hey, this is great” bandwagon. Any businessman or energy investor will tell you that for something to be viable as an idea, it has to be profitable. One of the fundamental concerns of biomass power is that energy production using the method requires a constant supply of fuel to burn. Unfortunately this means that raw biomass has to be transported to the facility before it can be processed and turned into energy. With fuel costs on the rise, the limit for which biomass can be economically transported to the power plant continues to shrink.

For the most part, energy derived from biomass will be energy positive, even when the energy costs associated with transportation is accounted for. However, it must be noted here that to have a net energy gain with this method of energy production, the biomass needs to be very dry before it is chipped and burned. The problem here lies with the fact that wet biomass can sometimes require more energy to burn than it creates when combustion is complete. That is to say that much of the energy in the power plant’s boilers may be wasted on drying out the biomass before it is actually burned if the material contains too much moisture. To curtail this problem, biomass is usually left out in the sun to dry naturally. For a typical biomass operation, the drying process takes place in designated storage areas located adjacent to or near the power plant itself.

The Controversy of Carbon Neutrality

Living biomass, such as plants and trees, absorb carbon dioxide from the atmosphere through photosynthesis. Many (but not all) studies of the life cycle of biomass suggest that this energy production method is a carbon neutral process because when it is used as fuel the same amount of carbon dioxide is released as when the material naturally decays.

However, I am not totally convinced that biomass energy production is a carbon neutral process. The fact of the matter is that many of these studies fail to account for the emissions produced by the machines that harvest, process, and transport the biomass material. The only counter argument to this is that many experts say that these same processes (except for harvesting) would occur in the event that the biomass material were to be taken to a landfill instead of a power plant.

Another situation that points to non carbon neutrality is the potential that long term growth of biomass power plants could significantly outpace reforestation and replanting efforts. If the trees and plants that soak up the carbon dioxide aren't replaced as fast as they are used, the net result will be a steady increase in the concentration of CO2 in the atmosphere. This is, of course, a long term issue that short term studies don't necessarily address.

Therefore, based on the available research and arguments, energy production from biomass is an almost carbon neutral process depending on how the raw material is obtained and utilized over the long term. In either case, biomass power is at least better than using traditional fossil fuels in this regard.

Turning biomass into energy is, unfortunately, not a very clean process. Emissions from typical biomass power plants are generally similar to emissions from coal-fired power plants with the biggest differences seen in the increased amount of sulfur dioxide and toxic metals that are released. This is because biomass in general tends to contain high concentrations of salt, sulfur, and other un-combustible components.

No matter which process is used for energy extraction, waste material such as ash and tar are created. Ash produced from biomass contains highly concentrated amounts of pollutants creating disposal issues. Sending ash to a landfill is pretty expensive and sometimes isn't even accepted there for disposal. If a local landfill won't accept the ash, a new landfill specifically designed to contain this hazardous waste needs to be built to support the power plant. Any ash that is not captured at the plant is released into the atmosphere where it disperses. Some of the particulate ash can be blown down wind for miles where it can be breathed in by humans. It can also settle on pavements and other surfaces where it can become a potential health hazard to all plants and animals. This particulate matter is potentially carcinogenic and poses a significant air and stormwater quality issue if not carefully managed.