Choosing a Camera for Self Portraits

Which Camera for Self Portraits is Right for You?

Self portraits can be a lot of fun, and although you don't really need a specific type of camera to do this type of photography, some cameras can make it much easier for you to take great photos of yourself.

For instance, cameras with dual screens or a vari-angle LCD screen can help you see what you're focusing on. Cameras with a timer "burst" mode allow you time to jump into the action. And sports cams can grab great action shots while you're on the move.

This page takes a look at some of these types of cameras and highlights the features they offer for self portrait photographers. Keep reading to see which one could help you start taking great images of yourself.

(Self portrait by Lisa Howard)

One of the difficulties of self portrait photography is that you can't be looking through the camera and be in front of it at the same time. So framing and focusing images can be a bit of a challenge. Using a mirror to see what you're doing can help, but then you have to juggle another piece of equipment. If you decide to go without a mirror, you can use a stuffed animal or another object to get the correct focus, but you're still going to have to guess what the photo is going to look like when you remove the stand-in object and jump into the photo instead.

That's where cameras with front screens come in. These compact devices have an LCD screen on both the back and the front of the camera, so you can actually see what your self portrait is going to look like. It can let you know, for instance, if you need to smile more, turn your head to the side, or tilt your face up or down.

There aren't a lot of camera manufacturers who currently offer front screen cameras, so I like this Samsung model because it's affordable and also has some other cool features such as Wi-Fi. 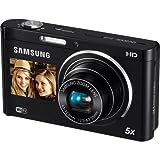 Having a dual-screen camera is not the only way to see what your camera sees. Another option is to get a camera with a variable-angle LCD. The advantage to this type of camera over a dual-screen one is the flexibility you'll find not just in self portraits, but in many other types of shots. An adjustable screen is great for holding the camera over your head to get crowd shots or putting low to the ground without having to actually be on the ground.

Camera manufacturers have a variety of names for these types of screens. You'll see them called vari-angle LCD screens, articulating screens, flip screens or tilting (or tilt-able) screens, and you can find them on both compact cameras and DSLRs. The Samsung MV800 is an affordable option in the compact category. 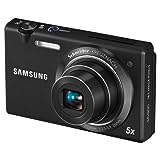 One of my favorite ways to take self portraits is to set my camera on timer burst mode. In this mode, the camera gives you time to jump into the photo and then, rather than just taking one image, takes several shots in less than a second. The Canon EOS Rebel T4i, for instance (shown below), has this feature and can shoot 5.0 frames per second (fps).

Having a timer that can trigger continuous shooting makes it possible to capture active self portraits (such as the one shown here) or quickly changing expressions. For instance, if you wanted to capture yourself eating a lemon, a single shot might miss the moment when you had the craziest look on your face, while a burst of photos could capture several expressions, giving you the chance to pick the best one (without having to eat the lemon again!)

One of my favorite cameras with this feature is the Canon EOS Rebel T4i. It's an excellent entry-level DSLR and is great for self portraits not only due to its timer burst mode, but it also has a vari-angle LCD that makes it easy to see what you're doing while taking photos of yourself. 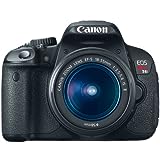 Action Cams - Mount them or wear them for extreme self portraits

At some point, you're going to get tired of stationary self portraits and want to branch out. That's where an action cam such as the GoPro Hero3 or Contour Roam2 can come in handy. These little cameras are designed to be mounted or worn, so you can capture yourself in action. They are often used for capturing action video, but you can also capture hands-free time lapse still photos.

What's nice about these cameras for self portraits is that not only can you attach them to just about anything, but they're typically waterproof (opening up a whole new world of possibilities!) and they have ultra-wide angle lenses that will allow you to capture a much wider field of view than you can get with a typical wide angle lens.

GoPro is the leader in the action cam field, and the GoPro Hero3 Silver is a good option for anyone wanting to delve into action self portraits. 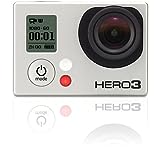 Best Super Zoom Compact Cameras (2013)
For outdoor enthusiasts who like to take photos of wildlife or for photographers who like to capture detail of distant people or objects, a super zoom compac...

Waterproof Cameras With GPS
There are many reasons to select waterproof cameras with GPS. In addition to being able to geotag your photos, they're typically rugged cameras that can with...

Top Rugged Cameras 2013
Each year, the number of tough cameras on the market increases and the features offered on these models gets even more impressive. In 2013, the top rugged ca...

Does an Underwater Camera Bag Work?
Underwater photography has become quite popular in the past few years as affordable waterproof cameras have made it possible for just about anyone to take ph...

What's a Prosumer Camera?
A prosumer camera is one that has professional features, but falls within the price reach of enthusiastic consumers. Hence, the name "pro-sumer." ...

Thanks for visiting this page!

Have You Decided on a Camera for Self Portraits? - Please sign my guestbook