A Sampling of Costa Rica Art

Many tourists come to Costa Rica to understand the culture of the country. And there are many rich traditions. The variety of Costa Rica Art makes it worth some of every visitor's vacation time. From crafts to fine art, there are many examples of the creativity of its residents, past and present. There are at least two museums for viewing historical artifacts that show the creativity with gold and jade of Pre-Columbian indigenous artisans. Chorotega pottery continues to be manufactured by descendants in the Guanacaste province near Santa Cruz. Also, there are many art galleries, mostly in San José, and exhibitions occur frequently to show contemporary and traditional works of local artists.

Below and to the right are some examples of the different types of art a tourist can see, from traditional crafts to fine art. I have chose pieces that represent Pre-Columbian art as well as contemporary and traditional art. You can hire a guide to go see art produced in some areas of the country, like San Vicente where the Chorotega pottery is made, or appointments can be made to galleries and workshops of specific artists. Below there is a map of San José, showing 8 museums and galleries, most of which are within a mile of each other.

In San Jose, there are over 20 museums and galleries that feature the work of Costa Rican artists. Currently, there is also currently a nighttime guided tour that you can take - by foot, bicycle or bus. A video is given below of people participating in the Art City Tour. A video link from Channel 7 (in Spanish) shows some of the places and sites from a bus tour. Some of the galleries that are a part of this tour include: Alianza Francesa, Boutique Kiosko SJO, Centro Cultural de España, Galería y Museo Teorética, Museo de Jade, Museo de Arte y Diseño Contemporáneo, Museo Nacional and Restaurante Kalu. (France Alliance, Boutique Kiosk SJO, Cultural Center of Spain, Gallery and Theoretical Museum, Jade Museum, the Art and Contemporary Design Museum, the National Museum and Kalu Restaurant).

The Art City Tour by Bicycle at Night 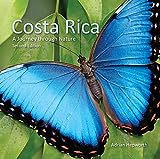 To see contemporary pieces of art, you can go to the mall area in central San Jose. In the plaza area above the Museo de Oro you will sometimes see art displayed and there are also pieces around the nearby National Museum, as shown above and below. If you go down into the Museo de Oro, there are also temporary exhibits that show various types of art, from paintings to sculptures.

Contemporary art is also shown at the Museo de Arte Costarricense on the north end of Parque La Sabana. The building on this end was part of the old San Jose airport that was once located there. This museum also has a section on devoted to memorabilia related to the airport and it has works of art of both international and national origin.

Oxcarts painted with vibrant colors are a trademark of Costa Rica. The best place to go to see these oxcarts is in the town of Sarchi in the Alejuela province. There are several places where they make the carts including the shops of Eloy Alfaro and Joaquín Chavarri. The work of Joaquín Chavaerri is featured on the Museo Nacional web link.

The world's largest oxcart is exhibited in Sarchi. It would only fit the mythical creature Babe the Blue Ox, however. You can book tours of the factories and see this giant cart for about $40 with several different tour guides.

Another famous form of art is Pre-Columbian style pottery produced by descendants of the Chorotega tribe who once inhabited most of the area now known as Guanacaste. Chorotega pottery is made from a specific types of clay and the colors come magnesium harvested from certain beaches. There is a tremendous variety in the types of pottery produced, and there can also be a range of quality from craft-grade to art.

The pottery is produced in the San Vicente neighborhood in Nicoya, Guanacaste. There are a number of small workshops and you will find large kilns in the yards of many of the residents in this community. In San Vicente, you can visit the Chorotega Art Ecomuseum which has many examples for sale.

Another form of traditional art and crafts in Costa Rica is wood carving. There are many trees here that make for interesting patterns and great wood carvers can make great pieces. The pieces below show some of the work exhibited by a Guanacaste wood carver who has a shop near Santa Cruz.

The map below shows several sites where you can go see art in Central San José. Zoom in to get a better idea where each site is. For an interactive map that you can zoom in on and move around, click on the link to go to my Dropbox site. This interactive map was made by Click 2 Map. Here are the eight sites on the map: