The Puerto Rican's culture is a unique mix of cultural ancestors including Taíno (Amerindians), African (from the slaves), Spanish, and North American. This brought up the admirable people of the stunning island of Puerto Rico.

Caguas is geographically the heart of Puerto Rico. It symbolizes the authentic Creole and the representation of all that Puerto Ricans love about our country ... The genuine ... The native ... That which distinguishes us as people undeniably and proudly proclaiming us anywhere in the world that we are Puerto Ricans!

Before the discovery of America, the Taino Indians of South American origin inhabited this island. In 1493 Columbus arrived and with him, the Spanish and European settlers.

The Turabo Valley was found very attractive for its fertility and for being surrounded by mountains and rivers, plus it was a junction point between the Caribbean Sea and the Atlantic Ocean. There they found the seated chief named Caguax, master of this enclave, who had a very beautiful niece named Mary Boaganamé. With the Spanish began the "encomiendas" a law that forced the Indians to work in mines and haciendas.

Caguax was part of the leadership on the estate of Ferdinand the Catholic, led by the conquistador Juan Ponce de León. On the death of the Cacique, the Spanish recognized as Mary Boaganamé as one of them. She lived with Diego Muriel who obtained permission from the Crown to marry Mary. They gave rise to the first mestizos, criollos first, unique and different. The Taíno were decimated and the Spanish, an eager workforce, began to buy slaves from Africa for the mining operations and plantations. Than emerged a second mestizaje. From there, our claim is that our ancestors left us a mixture of races. So Caguas has "Creole Consciousness." 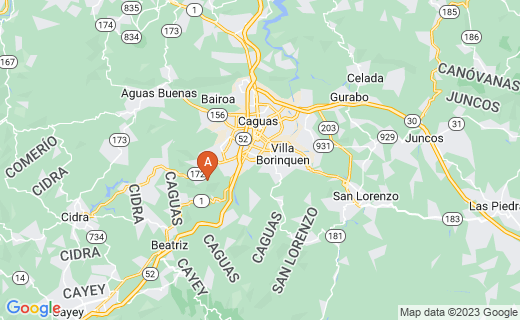 The Mosaic Black With Wings pays tribute to some of the outstanding black women and men in the history of Puerto Rico. The design is intended to beautify and protect the environment of Caguas. The work of the public art, mostly glazed tile, offers a set of lights along the mosaic. The mural recreates the faces of:

I am an "African/Puerto Rican (Afro-Rican, Boricua, Puerto Rican, Afro-boricua, etc.)" proud person. Many people think that just because of physical characteristics they are from some special or unique "race". Jeremiah 32:39 says:and I will give them one heart and one way, that they may fear Me always, for their own good and for the good of their children after them.

Watch the video below and delight yourself with the music from one of my afro-rican friends. I wonder why: Africa Is My Destination.