I didn't expect the day trip to the traditional markets high in Vietnams mountains to be so interesting or as eventful. Nor, in my wildest dreams, could I have imagined the lasting memories visiting this remote town market, with its colorfully dressed rural people, would leave with me.

The three hour mini bus trip from Sapa to the Bac Ha markets was full of drama. Not long after leaving Sapa, we had an impasse between a truck and our bus on a one way bridge; later our driver called the police to sort out another problem and we appeared to weave dangerously close to steep vertical drops to valleys way below us.

These and many other such challenges are not unusual on these busy narrow roads in northern Vietnam. Recent rain meant the dirt roads were muddy and at times deep potholes forced our driver to find another way to pass or risk getting stuck.

Horns are used as a matter of course in Vietnam and our driver kept one hand free especially for the purpose alerting anyone and everyone to our presence. I shudder to think what the poor hard working villagers thought of these tourists racing through their magnificent countryside.

After awhile, we could almost predict when he would use the noise machine; to scatter pedestrians, goats, water buffalo, chickens, pigs, push bikes, horse and carts or motor cyclists out of the way. It was also used frequently as we roared around a blind corner. As a mini bus, we seemed to command greater rights to the roads over almost anything else, unless it was bigger.

Part way through our journey we were forced to a standstill on a one lane bridge. The bridge was controlled by lights and we had the green light. But a truck coming in the opposite direction decided it was his turn to cross as well. This bridge is just one lane for a purpose. There is no room to pass! So for many minutes there was an impasse as each driver shouted and waved frantically at the other to back up. The other passengers and I laughed at the hysterical sight. Each driver was resolute in their right of way.

After some time, our driver began to reverse but because we had the right of way there were many vehicles backed up behind us all waiting (impatiently honking their horns) for a solution. Eventually, the bridge controller sauntered down and arbitarily ordered the truck driver to back up. I watched in alarm as he reversed his truck. He wove left then right rather haphazardly and in the process scraped the side of the grey bridge. I'm sure he was either a learner driver or he’d been imbibing too much in the highland tribes moonshine. But once he was clear, we could continue on our journey.

Finally, approximately three hours after leaving Sapa we arrived at Bac Ha and the traditional markets of these mountain villagers. What a bright busy, bustling sight! They all dress in traditional colorful clothing which is their everyday garb.


Being there is like being transported to an earlier time. This is a market for the locals but it has evolved some (but not a lot) to cater for the tourists. Locals outnumber tourists, probably by a ratio of about 10 to 1. The vast majority of the activitiy and stalls exist specifically for them. In this rural mountain market goods for sale include: hoe heads, wood, water buffalo, cows, dogs, small horses, clothing, piles of tobacco and spices along with other food offerings and much more.

Being here was sensory overload of the kind I have rarely, if ever, experienced! Incomparable smells, sights, sounds competed for my attention. It took awhile to calm myself I was so excited and charmed by the feast of richly coloured and varied sights.

The villagers use their horses (and or horse and cart) to carry their purchases back home. They then walk beside their sturdy animals. It's the main form of transportation.   More after the advertisement....... 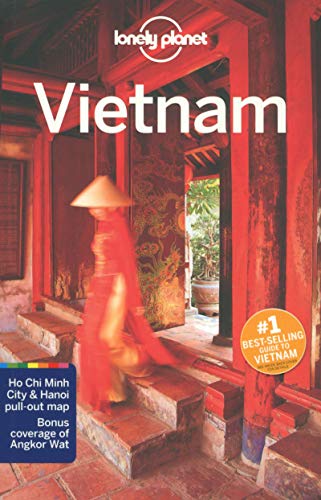 I was told that moonshine is available at this market. The locals have a forged a reputation for the manufacture and supply of alcoholic home brews which is made from rice, cassava and corn.

For the tourist, trade at the Bac Ha Markets has extended to include scarves, hats, bags, hand worked strips of cloth in varying widths (which they use as trim or decoration), wool, intricate linen table wear, silver jewelry and a variety of other souvenirs. I shopped again, afterall, I rationalised, when would I get back to this remote mountain village.

After lunch in the stunning market we were driven back to Lao Cai, the meeting point for the long train trip (10 hours) back to Hanoi. But before that we have yet another altercation.

We were forced to a standstill on a high narrow mountain pass because of some road works. As we waited, a cheeky young scooter driver tried to squeeze past. This road was incredibly narrow and in trying to squeeze past he scraped the side of our bus. Worse, he didn't stop and sped off into the distance. Our driver was very angry and and began to run after him shouting at the other drivers in their stationary vehicles to help him to stop the escapee. No chance of that. We were all too big to get around the huge road working equipment and he disappeared while we still waited.

That's the end of that little incident, thought I. Another interesting sideline to a fabulous day. But no, this is Vietnam and strange things happen.

The other drivers allowed us the right of way and so we went to the front of the waiting queue. Our driver then drove the mini bus far too fast down the winding narrow steep road. A heady cocktail! There are no barriers for protection here and the drop offs are incredibly steep to the valleys way below us. Not only is our driver handling the tricky road conditions, he is juggling his cell phone and talking on the phone, constantly!

After travelling for about half an hour, we saw several dozen Vietnamese gathered at a T junction. To my amazement they had apprehended the cheeky young offender. Our driver left the vehicle and to argue. A few punches were thrown – and there was much gesturing. Of course, all of this is in Vietnamese and the other passengers and I spoke a variety of other languages but somehow, we got the message that the police were to attend and we are to wait. It was hot, very hot so this did not please us at all.

After a long wait, suddenly its all action and urgency. everyone was ordered to get back into the van quickly and we were driven off, rather perplexed by what had happened. We were unaware of any solution having been reached and we certainly hadn’t seen the police.

After a few kilometers our bus slowed down alongside a small garage. The driver opened the window and threw out the offending drivers keys which he’d obviously confiscated. Retribution Vietnamese style! Honour had been restored.

Earlier, while waiting for the police to arrive I'd walked around the van to inspect the damage. A polish would have fixed it!

Thankfully there were no more dramas on the rest of the trip and we got back to Lao Cai with hours still to wait for the train.

It had been an extremely long day and once on the train I am ready for sleep. That night I dreamt, in glorious color, of the rich day just experienced in the Bac Ha Markets. It's been another enthralling day in my travels, one that will stay with me for a very long time.