The One Tour You Must Take in Fairbanks Alaska

Know Before You Go

Infants 3 and under free

What to Do in Fairbanks?

Looking for a great tour that the whole family will love? Riverboat Discovery is a three-hour tour down the Chena River that the kids and parents will enjoy.

The Binkley family has been operating a paddleboat tour up and down the Chena River for 60 years. It's still family owned and you can tell. Passengers are treated just like they're family. It's a really warm, comfortable atmosphere aboard the Riverboat Discovery.

The Riverboat Discovery sails up the Chena River. Along the way you'll see a bush plane demonstration, an Athabaskan fish camp, sled dog kennels, the "wedding of the rivers", and a stop at the Chena Indian Village. Along with maybe spotting a reindeer or two, this tour is packed with activity and things to see.

My Review of the Riverboat Discovery

I really was excited about taking this tour. I wasn't exactly sure what I'd be seeing on the tour, but three hours on a boat sounded awfully relaxing to me. I was relaxed, but my three-hour trip was packed.

Be sure to get the the landing early. I arrived there about 30 minutes before the paddleboat was scheduled to set sail. They have a large souvenir shop, which is typical in most attractions. However, inside the shop is a room where you can experience "Alaska at 40° Below".

For a $10 admission fee, my son and I were able to go inside a room where we could experience an Alaskan winter. The day we visited, it was -50° in there. The attendant took a picture of my son and I so we could prove we'd been in there and that it was really -50°.

When we boarded the paddleboat, the staff were friendly and helpful. There are four levels on the boat. All levels have a wraparound balcony and have full picture windows all the way around so I had no problem looking at the scenery when I was inside. There was ample seating in each level.

What Did I See On My Three Hour Tour?

The captain narrated the tour as we sailed down the Chena River. He was very entertaining and told us interesting facts about living in Alaska, while pointing out different points of interest on the shore.

First, we were treated to a bush plane demonstration. There is an audio link from the pilot, and as he was flying and landing the plane, he gave us a little narration.

Our first stop was at the sled dog kennels. These kennels were once owned by an Iditarod champion named Susan Butcher. I had never heard of her, but apparently she was good. The dogs were really cute, most of them were puppies. They gave a demonstration on how they train the dogs to pull sleds. They actually have them harnessed to an ATV that has no motor and that is how they train them in the summer!

After that, further down the river there is an Athabaskan fish camp. Young Athabaskans come to this camp so the elders can teach them the old ways of doing things. We were shown how the Athabaskans catch fish in a fishwheel and clean and dry the fish.

Next we toured the "wedding of the rivers". This is where the Tenana and Chena rivers meet. The Chena is a clear, freshwater river, and the Tenana is a murky, glacial river. The result is churning, boiling looking waters. It was pretty awesome.

Our last stop was at the Chena Indian Village. This is where we were able to disembark and tour the village. It was led by Athabaskan guides that explained to us different aspects of Athabaskan life. We saw different types of dwellings they built and lived in, along with their traditional clothing that a young woman modeled for us. After the guided tour, we were allowed some time to have a look around on our own before we boarded the boat for the trip back.

The Binkley family also sells smoked sockeye salmon called Captain Jim's Salmon. On the ride back, they gave out free samples to everyone. It was made into some kind of dip and served on crackers. I like salmon, but no one else in my party does. They tasted it and even liked it. My son hit up all three levels to pick up some samples.

On each level they also have a little snack bar. It is reasonably priced. A cup of coffee or hot chocolate was only 50 cents a cup. They also sell reindeer dogs, doughnuts, and other little snacks. I didn't have anything to eat, but it was cheap as well.

So Would I Recommend Riverboat Discovery?

The answer is a resounding yes. It was a relaxing tour and there was a lot to see. The kids will enjoy seeing the animals and learning about Athabaskan life in the Village. They'll be learning and not even know it. If you're going to be in Fairbanks, don't forget to add this to your list of things to do!

Riverboat Discovery is located on Discovery Drive and is only a few miles from Fairbanks Airport. They do require reservations, so call ahead. Rates are $59.95 for adults, and $39.95 for children ages 3-12. Infants 3 and under are free. There are two tours that leave daily at 9:00 a.m. and 2:00 p.m. 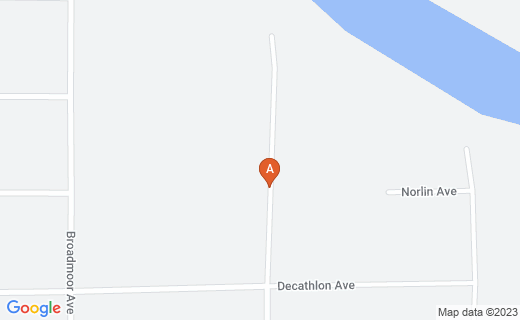 Other Things To See Near Fairbanks, Alaska