Take a bus to see Tenerife

Travelling on the buses of Tenerife is the cheapest and best way to see the island and to really appreciate this popular holiday destination in the Canary Islands. The bright green buses are run by the TITSA company, and are easy to spot and use.

TITSA, by the way, stands for Tenerife Interurbanos de Tenerife S.A.U. You can either tell the driver where you want to go and pay the fare that he will tell you, or you can use the best way, which is by paying with a Bonobus ticket that you have already bought elsewhere.

You can buy a Bono, as they are often called, at main bus stations, some shops and at kiosks throughout the island and they cost either 15€ or 30€, which represents money well spent because they entitle you to as much as 50% discount on journeys over 20km. 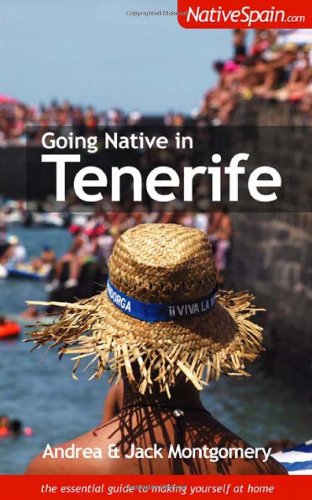 Services all around the island

With this fantastic discount it means you can actually travel right around the whole island of Tenerife by bus and still have change from your 15€ original payment for a Bono. To use the Bono you just tell the driver where you are going and insert it in a special machine which deducts your fare and tells you how much you have left to spend.

Some of the bus journeys are really well worth taking just to view all the amazing scenery that you will be passing through. Some of the mountain routes are not for those people who have a problem with heights though because there are many hairpin bends and steep drops into surrounding valleys.

The bus route to the village of Masca is the worst for this and the bends are so tight and the road zigzags so much that a full-size bus cannot be used and so there is a special TITSA minibus that takes passengers there.

The TITSA company prints timetables with all the details of their services and with a handy map of Tenerife on the one side of the fold-up timetable. They are available free of charge from the bigger bus stations such as Santa Cruz, La Laguna, Puerto de la Cruz, Icod de los Vinos and Playa de las Américas.

Other regular services run between the Tenerife capital of Santa Cruz in the north and the popular resorts of Los Cristianos and Playa de las Américas in the south.

Buses also run between the Reina Sofía airport for Tenerife south and Puerto de la Cruz in the north, which is useful for holidaymakers who may be staying in the resort.

The Bono Vía, as the new cards are called, also enables you to catch the trams that run in La Laguna and Santa Cruz.

Some of the best Tenerife bus routes

If you enjoy seeing the countryside of Tenerife and getting a look at its forests and mountains, its valleys and farmland, there are some bus routes that take you through some very varied and spectacular scenery and locations.

The service number 460 from Playa de las Américas to Icod de los Vinos is one of the better routes for seeing the big change between the hot and dry south of Tenerife and its green and mountainous north. This bus starts off in the coastal parts in the resort areas and then travels up through the southern towns of Guía de Isora, Chío, Tamaimo and Santiago del Teide before the road climbs steeply into Erjos in the northwest and passing its freshwater ponds and green forested mountains.

It descends through El Tanque and overlooks Garachico and the coast below as it comes down from the mountains into Icod. The route takes around 90 minutes and shows you many different types of countryside in Tenerife.

From Icod de los Vinos the 354 goes via La Guancha and Icod el Alto down through Los Realejos into Puerto de la Cruz. This route goes through some incredible rural areas with pine forests and farmland and a view from on high down over the coast below.

Probably the best services of all are the two buses that take passengers from Playa de las Américas and Los Cristianos in the south up to Mt Teide and back, and from Puerto de la Cruz in the north to the same destination and with a return journey.

The 342 is the bus from the south and the 348 is the service in the north of Tenerife, and both leave their starting points at 9.15 in the morning.The return journey is around 4pm in the afternoon, which means that you get several hours up on the mountain, and can get off either at the Tourist Centre or go on higher up to the Cablecar's leaving point where there is a restaurant.

There are excursions that will take you there but they all charge a lot more and give far less time up on the mountain, and some even involve a lengthy session of hardsell in which they drive you elsewhere first and try to get you to buy mattresses and pillows. Mt Teide should be number one on any list of what to see in Tenerife and a TITSA bus is the cheapest and best way of going about doing so, unless you have a car.

There are other services from La Laguna and Santa Cruz if you wish to explore the remote mountains, forests and coast of the Anaga range in the north too.

Without a car the bus is the best way to travel around Tenerife, so if you are a visitor to the island and want to have a good look around, then getting a Bono is a highly recommended way to travel. It really is better with a Bonobus!