About Cambodia, Srok Khmer: Facts, Fun, and Photos: A Guide To Cambodian Culture

My Personal Interest In Cambodia

Well, to be honest, I knew little about Cambodia until I met my wife a few years ago. My wife moved here when she was 12 and she has told me many stories about how she lived as a refuge before coming to America and her story of growing up here. Well, let's just say that she's "30-Something" now, and I am very lucky to have met her! Although I have never been there, I hope that someday I will be able to travel to Cambodia, and perhaps spend my retirement there along with my wife.

As I befriended my wife, she told me about the land, its people and its beauty. Cambodia has a long and interesting history, including one of the worst atrocities to ever happen to a single country (Khmer Rouge , discussed later.) I will later share some pictures that my wife took on her last trip in 2007.

Pictures My WIfe Took While Visiting Her Homeland 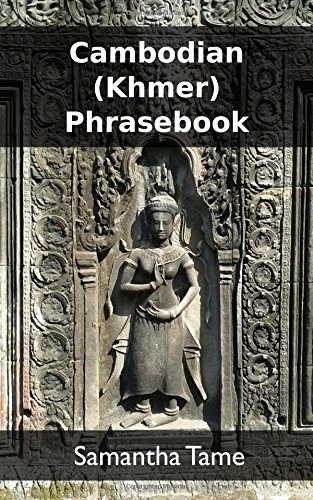 I can only imagine the mystique when you are standing in front of these Ancient Temples. I have to say that I am mostly motivated to take the 23 hour flight to Cambodia, just to see these amazing structures. The photos below are photos of some of the Temples at Angkor Wat that my wife took herself. It is truly breathtaking-and I would venture to say that these Temples are if not better, definitely close to the mysteries of the Ancient Egyptian Pyramids.

There are many things to do in Cambodia. Touring the ancient cities is one of them. There are ancient statues, temples, markets, and so much more. Check out the pictures!

See a Traditional Khmer Wedding in Photos and Video!

Related Articles on Cambodia and Southeast Asian Cuisine, by J.S.Matthew