My first trip out of my home included five Central American countries. All the way during this trip, I trusted my insights. I had a deep sense of knowing when things were right and positive versus the contrary. At the place of departure, I met a young nun. She became my travel partner for the first two countries. When we stopped in Costa Rica, we added a young Costa Rican fellow to our group. He was visiting his girlfriend in San Salvador. He became our tour guide, as he knew the region very well. In the first night in a hotel, the young nun and I shared a room. She was praying, but she had no rosary. She was counting ‘imaginary bea with her fingers. She had lost her rosary. It was just a coincidence that my cousin had given me a rosary as a present for the trip. My cousin knew I was not a member of the church anymore but she said that I must take the rosary for the trip. I handed it to the nun, and was delighted to see her face.

When we arrived to San Salvador, the Costa Rican guy deviated from his route to literally deliver me to my destination. I could not believe how things were developing. After my appointment there, I wanted to explore the city. I took a bus and a woman sat next to me. She had had a boyfriend from my country, and because of him--she offered herself as my guide. We spent a wonderful morning on city trips.

The next stop was an unknown destination in Guatemala. This time I was on my own. In the bus, I met an American hippie couple. They were traveling and sustained themselves by selling hand made jewelry. We, the three of us, also met a beautiful indigenous woman in the bus towards Guatemala. The couple said that I must see Antigua. The indigenous woman said that if we were going to Antigua, we must follow her. So we did. She took us to a small house-hotel and recommended us to relatives.

The young couple recommended me some places to visit and we headed towards those places. I offered to cover the tickets (in all less than $20) and we spent a great time exploring Antigua. When I was ready to depart, they took me to the bus station and told me "we know you are short on time, but do not leave without seeing the Presidential Palace.” Its rooms, they said, are made of different kinds of precious woods.

With my next destination in mind, I sat on the bus from Antigua to Guatemala City. A man sat next to me, so I asked him: “ Do you know where would be my closest stop, to go to the Presidential Palace in Guatemala City?” He answered: “I am a guard at the Presidential Palace.” I could not believe my luck. Among millions of people—I had just encountered a guard of that Palace, sitting next to me. He added "I will take you there." We walked to the Palace, and as I said thank you, he quickly departed to go to work. Indeed, the palace was a beautiful building and a memorable place.

I left the palace and I was out on the streets trying to find my way to the bus station to return home. I decided to ask where could I get a cab since I was running short on time. The first person I asked was a young man, about 18 years old, he said to me—“just follow me.” Only a fraction of a second passed before he grabbed my backpack, while he repeat again “follow me.” This bus would take you to the station faster, he says. He headed up on the bus with my bag so I followed. Yes call me crazy, I had never seen him before. As I was going to pay for the bus passes, he said “don't worry, I will cover it for you.” A few minutes later, we got off the bus. He stayed only enough to say: “There is your bus station! Have a nice trip!” It was 12:50PM, and my bus was leaving at 1PM.

I had been taken from place A to place B, and do on in the hands of strangers. For reasons yet unknown to me, these people decided to share a moment of their lives with me. I am so grateful for that. I trusted them and they also trusted me. But more than that, they cared. They stopped whatever they were doing to help a person they had not seen before, and would not see after. When things like that happen, we create magic in the world.

The country I know  best is Panama. Panama is a beautiful country surrounded by two oceans: The Atlantic Ocean/Caribbean and The Pacific Ocean (it is just a saying--this is a brave ocean). The country is small, s shaped, and also very narrow. Therefore people can visit the beaches on either side, they are never too far. In fact Panama city, which is a very modern city is located in the Golf of Panama/Panama Bay--which is the Pacific Coast. So exciting to have a city that has both beaches and forest nearby. The country is well known for its international banking and business systems; the Panama Canal, and as a hub for retirees. 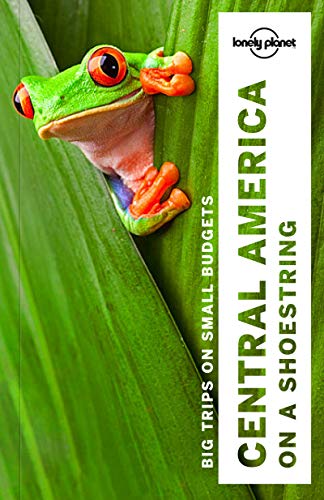