Found along the southern region of the Republic of Croatia lies one of the best destination in Mediterranean: Dubrovnik Croatia, known as the “the Pearl of the Adriatic,” by the poet Lord Byron. The city is rich in both history and natural beauty. The landscape of Dubrovnik is so beautiful and unexpected specifically their bays, beaches, steep cliffs and dense woodland areas are wonderful. .

Modern Dubrovnik is a combination of ancient settlements. Dubrovnik’s origins can be traced back to the first half of the 7th century, when a group of refugees came to the area and established their settlement at the island, naming it Laus. The name Dubrovnik is derived from the Croatian word “Dubrava”, which means oak. In the past, oak trees surrounded Dubrovnik.

Dubrovnik as the Most Popular Tourist Destination in Croatia

Dubrovnik Croatia was subjected to considerable shelling by Serbs during the war in 1991-1992 in a siege that lasted seven months. The Old Town suffered considerable damage, but was quickly restored to its former beauty. Today, Dubrovnik is a free and safe town, known around the world as Croatia’s most popular tourist destination.

Where is the Old Town in Dubrovnik?

Pass through Old Town’s stone walls and you will be transported into the breathtaking medieval world of Stari Grad. Marble-paved squares, monasteries and fountains are just a few of the antiquities still standing just as they were over a thousand years ago. Highlights include:

8 Things to Do in Dubrovnik Croatia

The Famous King's Landing of Game of Thrones

Game of Thrones is an American fantasy and serial drama created as a television series. The story is adapted from the fantasy novel A Song of Ice and Fire written by George R. R. Martin. Most of the location was shot in different place around the more and one of its famous location was The King's Landing in Dubrovnik Croatia.

This David Benioff and D.B. Weiss series already finished their 7th season last August 2017. Many avid viewers are looking forward for the premiere of their 8th season in 2019.

Main Cast of Game of Thrones 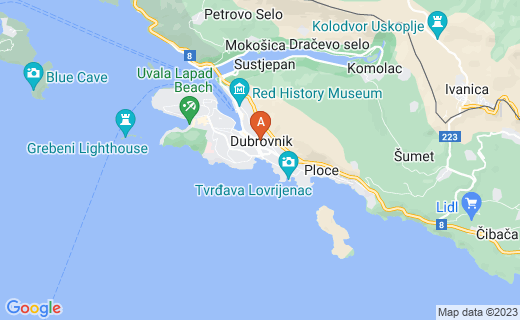