Hvar, the largest town on the island of the same name, is an appealing blend of Croatian charm and Venetian heritage. Motor yachts (often with celebrities aboard) and sailboats of all sizes are drawn to the “Lavender Island” by its near perfect climate and lively ambiance. Inviting beaches, secluded coves and a chilled glass of Bogdanusa, the island’s celebrated dry white wine, complete the picture.

The History of Hvar

Ample archaeological evidence indicates the island was first occupied by Neolithic tribes, who established trade routes with towns along the Eastern Mediterranean. At some point, whese earliest settlers moved on or died out, leaving the island to nature and the occasional visitor until Greeks from Paros arrived around 385BC, naming their initial settlement Pharos, Romans took over in 219BC, leaving behind a number of countryside villas and other structures. Slavic/Croatian tribes took over in the early Middle Ages, followed not long after by Venetians, who would introduce viticulture to the island, Venetian dominance lasted for several hundred years, until the ultimate disintegration of the Venetian empire in 1797.

The Austro-Hungarian Empire ruled for most of the nineteenth century, followed by the Italians who occupied the island from 1918 to 1921, when Hvar and all of Croatia joined the Kingdom of Yugoslavia. Following World War II the Republic of Yugoslavia, under the dictatorship of Marshal Tito, would become part of the Communist Eastern Bloc. Various wars for independence (largely along ethnic lines) in the 1990s eventually led to the division of Yugoslavia into seven nations, including the present day Republic of Croatia.

Here are Some Croatia Travel Information:

8 Other Famous Landmarks in Hvar

1. Hvar Fortress - Fortress perched high above Hvar town and been there for over centuries for the purpose of protecting Hvar.

2. Milna Island - Famous island located on the north west side of the Brac Island.

3. Harbour of Hvar - Most popular anchorage on the island. The harbour has fully equipped facilities which include moorings, electricity and water.

5. Napoleon Fortress - French Fortress named after Emperor Napoleon. The Fortress was built just after the unsuccessful battle between French and Russia.

7. Benedictine Monastery - Monastery in Hvar that only follows the monastic living of St. Benedict.

8 Things to Do in Hvar 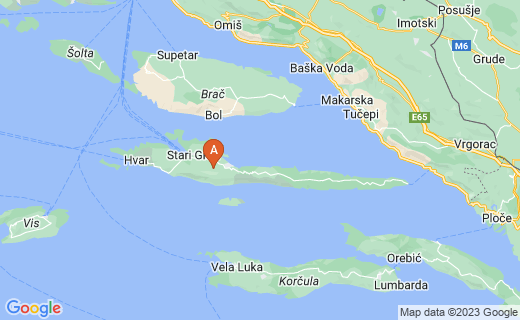 Other Must Visit Croatian Cities and Towns