Monte Carlo, Monaco is located on a steep slope at the base of the mountain range in the southwestern part of the Alps. The name Monte Carlo literally means "Mount Charles".

Monaco’s visitors all seem to agree the tiny nation is utterly seductive. A dream of perfection the fairytale principality even looks the part. There is some confusion about what to call it, but the official name of the sovereign state is The Principality of Monaco.

Precious as a collector’s postage stamp, as safe as medieval fortress, as romantic as Prince Rianier’s marriage to glamorous Hollywood legend Grace Kelly, Monaco is surprising at every turn of its historic streets. It’s an enchanted Principality for all seasons.

The history of Monaco started in the 13th Century. On June 10, 1215, the Genoan family of the Gibelins laid the first stone of the castle, known today as the Prince’s Palace. To attract new inhabitants, the initial masters of “The Rock” offered advantageous conditions to all newcomers, like territorial concessions and tax exemptions. For 700 years, the history of Monaco has been linked to that of the Grimaldi Dynasty.

The kingdom about half the size of New York’s Central park consists of six departments. Monte Carlo, the most famous of them was established and named by Prince Charles III in 1866. Waging that the pretty cliff top village would save his kingdom, he established a casino on the crag. Soon people came to think of the country as Monte Carlo, and the two names have erroneously been used interchangeably ever since.

Monaco’s political position today is not so different from what it has been for hundreds of years. France has guaranteed to defend its sovereignty in exchange for a pledge that Monaco will exercise its sovereign rights in accordance with French interests (the French prime minister has an official residence in Monaco). The principality attained full membership in the United Nations in 1993. A constitution drawn up in 1962, defines the government as a constitutional hereditary monarchy.

Points to Remember when Visiting the Place

The world's famous Formula 1 Grand Prix is held in May.

1. Train
- Available every 30 minutes. Trips include Antibes, Cannes, Nice and Menton.
2. Bus
- There are bus stop designated areas all throughout Monte Carlo.
3. Taxi
- Ready available throughout the place.
4. Bike
- It can be rented on quai des Etats-Unis on the port.

1. Barbagiuan or Barbajuan
- It is a savory filled pastry which originated in Monaco. The main ingredients are combination of Swiss chard and ricotta, but rice, onion and Parmesan cheese can be added as well.
2. Socca
- It is a popular street food in France. This classic on the go dish is a thin crepe or pancake made with chickpea flour. Also known as Farinata, Torta di ceci or Cecina.
3. Stocafi
- It is a typical Monaco dish prepared with dried stock fish, tomato sauce, herbs, garlic and black olives.

Monte Carlo, Monaco - Place of the Rich and Famous

Monte Carlo has been a popular place in the French Riviera region since then. Moreover, it became more famous because of its Casino which is featured in James Bond the Movie.

While in GoldenEye movie, the casino served as the meeting place of the characters James Bond and Xenia Onatopp. The movie required James Bond to work with the lone survivor of a destroyed Russian research center in order to stop hijacking the nuclear space weapon of a former Agent.

***In reality, The Casino Monte Carlo became one of the most visited places of famous celebrities for their vacation or instant getaway.*** 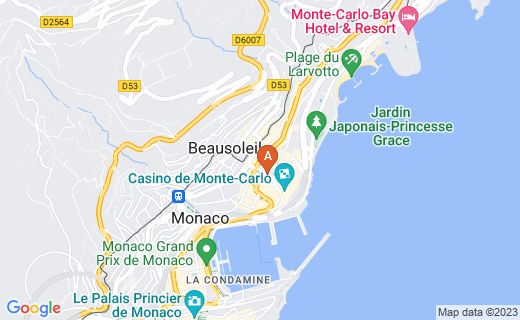 Explore Other Place Around the World