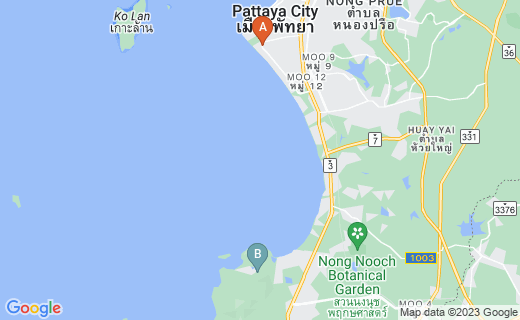 Jomtien Beach is located in Chonburi Province of Thailand along the east coast of the Gulf of Thailand and on Thailand‘s west coast. It is about 165 km southeast of Bangkok, a two or so hour drive, and is a section of the town of Pattaya. Jomtien is the name that shops and business use but road signs usually read Chom Tien or Chom Thian.

Tourists may not recognize the name or presence of Jomtein even though it is connected to the more well known and popular beach of Pattaya. It is a long, straight sandy coastline beach that is 2km south of Pattaya and is connected by the winding Thap Phraya Road . The Pratamnak ("Big Buddha") hill is the geographical division of the two beaches. Since the 1990’s the hill and that area has flourished as a residential area joining South Pattaya and the northern beach of Jomtien. The first hotels on the beach appeared in the late 1980’s and in the 1970’s getting there meant a boat-trip from Pattaya that went around the “Big Buddha” hill.

The most notable feature that sets Jomtien apart from other beach areas is that it is Thailand’s top destination for wind surfing with sailboats. Jomtien is known as the place to go for many water sports such as parasailing and paragliding, scuba diving, jet skiing, speed boating or water skiing, swimming, floating in rings, or merely playing in the water. It is not uncommon to see the paraphernalia that supports the water sport activities traveling on the road to and from Jomtien. Related to the presence of these sports is the absence of commercial boats, boats, fishing trawlers or other boats moored at the water's edge.

Get Your Water Sport Products Here

The beach itself and the water is not as perfect as some of the beaches in Thailand. The beach is 6 km long and can be fairly populated at times. A beach chair can be rented for 30 baht (about $1US) a day. There are countless places to eat, shop, and stay just on the other side of the Jomtien Beach Road.

There are not a lot of shopping opportunities in Jomtien itself. You will find convenience stores, book stores, tailors, dentists, optometrists, a tattoo parlor and dive shops. The connecting Thap Phraya Road has the most activity with rather inexpensive guesthouses along with luxury hotels and condominiums that tower above the low-rise restaurants, cafes, bars and shops. You can eat from a gourmet smorgasboard of foods from all over the world. As in Pattaya, there are many expat run restaurants and establishments from Denmark, Holland, The Netherlands, Switzerland, Germany, England, Russia, India, China, the United States and of course, Thailand. Seafood is plentiful and may have been caught only a couple of hours before you eat it. The sois or lanes that branch off of the busy Thap Phray Road also have restaurants, entertainment and shops to explore.

The northern part of the beach does have many dive shops with equipment and instruction for the water sports that are in the area. There is a Water Sports School and some of the dive shops have Professional Association of Diving Instructors (PADI) courses.

As you move south down the beach it becomes more remote with fewer hotels, tourists, and commercial enterprises. There is a marina or yacht club at the Jomtien-Sattahip Beach at the southernmost part of the beach..

Like Pattaya, Jomtien appeals to people from Bangkok as a good location for a second home and the international community sees it as a retirement area also. It can be a quiet refuge while venturing to Pattaya part of the time or Pattaya visitors may want to spend some time in the quieter, less expensive and more family oriented Jomtien. There are a some open front beer drinking establishments and a small gay scene but most of the people coming to Jomtien are not seeking that. It also appeals to the Thai locals as a good day trip.

Jomtien experienced its big boom in the 1990’s. It was probably the late 1980’s before a hotel was found along Jomtien beach. In the 1970’s getting to the beach required taking a boat-trip from Pattaya going around the Big Buddha Hill.

There are many nearby attractions including the Nong Nooch Tropical Botanical Garden / Million Years Stone Trees. The gardens are the largest in Southeast Asia as well as being the most beautiful. The Million Years Stone Trees is an impressively landscaped area that has fossilized and petrified trees, some as large as 75 tons. It is also home for Pattaya’s Crocodile Farm. The Alangkarn, a 75 minute cabaret or Vegas style show depicting the art and culture of Thailand is another popular attraction. It features a panoramic laser show with surround sound and special effects. There are about 150 performers and elephants. The complex can seat 2000 people and the restaurant can hold 1000 people.

The Jomtien Fishing Park lets you rent a rod for 200 baht (about $6.00 US) or if you have your own you can fish for 100 baht.  If you want your “catch” can be cooked and served to you. There is competition fishing on the weekends.

Perhaps the most awesome nearby and “must see” attraction is the Sanctuary of Truth. It is a gigantic wooden construction situated amazingly on a rocky outcrop on the coast just north of Pattaya. It covers more than 3200 square meters and its pinnacle is about 105 meters high. It is a hand-carved wooden sculpture with every square centimeter of the building covered with the wooden carvings. It will take years to complete it, perhaps by 2025. It was conceived and built by a billionaire who also has built other areas, such as Ancient Siam in Bangkok, to portray the art and culture of Thailand. In the Sanctuary of Truth the intention is to portray the magnificence of heaven as recreated on earth using art and culture to reflect the Ancient Vision of Earth, Ancient Knowledge, and Eastern Philosophy. It has four gopura representing images from the Buddhist and Hindu religions and the mythologies of Cambodia, China, India and Thailand. It is believed that as a result of visiting this site the visitors will be able to understand Ancient Life, Human Responsibility, Basic Thought, Cycle of living, Life Relationship with Universe and Common Goal of Life toward Utopia. 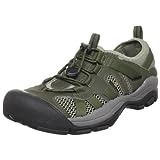 Jomtien Beach Has Reason To Be A Good Alternative Beach

Given that Jomtien Beach may be less known or popular it does have its strong points. If the attributes of the beach were to be summarized it would be said that it is a great beach for water sports, is less expensive and less crowded, and is more family oriented than its popular neighbor Pattaya. Unless you wanted to come for the water sports it probably wouldn’t be your first choice in the beaches of Thailand but it is a close get away beach for persons in Bangkok. .