Mendocino County is located north of Sonoma County. With vineyards dating back to Prohibition, Mendocino County has a curious mix of individuals growing wine. It is quickly becoming a haven to organic wine growers. Formerly a resort community for those seeking second homes in the countryside, Mendocino County has evolved to an area for commuter families, wine industry workers, agricultural workers, retailers, and those raising livestock. A certain portion of the population also is involved in the marijuana growing industry, legalized in California.

A quarter of all wine grown in this region is organic, with an increasing supply of organic wine with each passing year. Some, like Parducci Wines, have an interesting story behind their origin. In this case, they started their vineyard during Prohibition! Chardonnay is a leading grape grown in Mendocino County. Area vineyards include:

Where is Mendocino County? 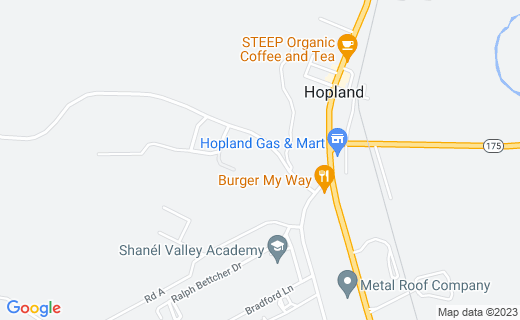 Hopland is a very small town of approximately a thousand people, located on Highway 101, the highway corridor of Mendocino County. Incidentally, Hopland is the home the the wine tasting rooms of many area vintners. Along the route to the North and South of Hopland, wine growers have opened their doors to tourists seeking wine tastings directly in their vineyards. Appointments and reservations are not necessarily required for a tour of an area wine grower.

Winters see temperate averages in the 50's and 60's, with infrequent lows into the 40's. In a rare year, a light snow will grace Mendocino County for a night. Summers are dry and hot, with normal June and July temperatures reaching into the high 90's and low 100's. The best time to visit Mendocino County is in the spring and fall. When visiting coastal areas of Mendocino County, visitors can expect winters of the same temperature range. However, summers will be closer to 70's, 80's and low 90's.

Have You Visited the Mendocino Wine Country?

In Relation to Other Wine Counties

Mendocino County lies to the north of Sonoma County and the northwest of Napa Valley. The temperatures are slightly higher in the summers. Some of Mendocino grapes are at risk for flood, as a portion of their wine is grown in the flood zone.

Mendocino County was named after Cape Mendocino. Cape Mendocino was named by the Spanish explorer, Juan Cabrillo Rodriquez, who named it after the Viceroy of Nuevo Spain (now known as New Mexico). The Viceroy was Don Antonio de Mendoza.

Did you enjoy reading about Mendocino County wineries? Learn about the neighboring counties, which also offer wine tastings in the Northern Californian region: