Must See Attractions in Kasaragod During Your Kerala Travel

Kasaragod (or Kasargod) is a border district of Kerala, a southernmost state in India.. It shares border with Karnataka and predictably has got some of the features of that state rather than that of Kerala to some extent. The district is situated on the northern part of Kerala, sandwiched between the southern tip of Karnataka and northern limit of Kerala.

The district has its own unique features thanks to the sharing of border with Karnataka. Culturally, the region is a melting point of two different traditions that of Thuluva and Kerala. The area had a large concentration of Brahmins and their colonies centuries ago. They had built many temples in and around Kasaragod. The district had also witnessed the growth of Jainism and Buddhism in Kerala on its soil.

Video of Bekal (Presentation in English)

The most notable and unique feature of Kasaragod is its multi language usage. Kasaragod is known as ‘the land of seven languages’ (‘Sapthabhasha Bhumi’ in Malayalam). Nowhere in Kerala exists such a diversity and multitude of languages. The languages spoken here are Malayalam, Tulu, Beary, Kannada, Konkani, Hindi and Urdu. Beary is spoken by Tuluva-Malayalam Muslims. They also use Hindi and Urdu. In places like Manjeshwaram and Hosankadi what you mostly hear will be Tulu. Even if you are a Malayali, the Malayalam being used here may be somewhat difficult to follow especially for those coming from the southern part of Kerala.

Places of Interest Around 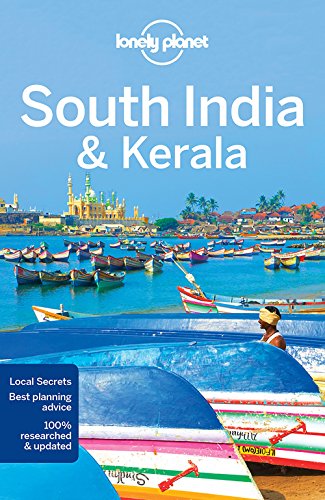 Bekal Fort: In the tourism map, the most attractive destination of Kasaragod is Bekal Fort. This is a spectacular fort situated at a height of 43 meters above sea level facing north. It is a picturesque location and song scenes of many films, especially that of Bollywood, were shot here. The most striking feature is the observation tower. The tower is in the middle of this fort, 10 meters high. You can see the entire fort and beyond it the sea on the west. It was built by Shivappa Nayak of Bednore in 1624. It is the largest fort in Kerala and the most attractive location in Kasaragod. (Please watch the Video for more idea)

Chandragiri Fort: 5 km from Bekal. Built in the 17th century and is a small fort. Yet the view from here is marvelous as well incomparable. You can see the scintillating view of the Chandragiri River flowing into the Arabian Sea. The presence of thick coconut palms here give you a delightful scenery.

Kappil Beach: If you love a village life, do reach here. It is 3 km from Chandragiri fort. The attraction awaits here is a remote and secluded beach with small cliff called Kodi. It offers you the vantage views.

Srimad Anantheshwara Siddhi Vinayaka Temple, Madhur: 8 km from Kasaragod. It was a Shiva temple but later came to be known as a Ganapati Shrine. Tipu Sultan though came to attack this temple, returned without damaging it. It is believed that to pacify the Muslim soldiers, he just made a cut on the temple wall. You can see the cut even today. Another charming point of the temple is the beautifully carved sculpture depicting scenes from Ramayana on the top and front of the hall.

Folkland, Trikaripur: Kerala’s folk performances and martial arts are certain things you must watch. 'Theyyam' deserves special mention in Kasaragod's performing arts like what we see in Kannur with greater significance. The Folkland helps you in this connection. You can update your knowledge on these arts by making a visit to this small institution. Workshop, exhibitions and performances are frequently held for the promotional purpose. A visit is a worth. For more details, please visit their official web site.

Malik Deenar Mosque, Thalangara: An historic mosque and a must see destination if you have interest in History and knowing the story of the Kerala Muslims. It is the site of one of the mosques believed to have been founded by Malik Deenar. Also, this is one of the best preserved mosques in Kerala. The mosque known as Juma Masjid is a wonder showcasing the architectural beauty of the olden days. It is located at Thalangara and contains the grave of Malik Deenar, one of the companions of Mohammed, the Islamic Prophet. Muslims consider this as a sacred place for the obvious reason. 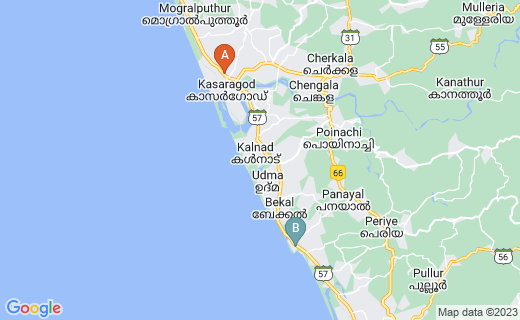