Photos And Videos of a Fiestas Civicas Parade in Liberia, Costa Rica

In the northwestern province of Guanacaste in Costa Rica, the Fiestas Civicas Liberia begins in late February. It kicks off with a parade that includes horses, mascaradas , floats and brass bands called cimarronas. Along the parade route you will find food and trinket vendors, people playing marimbas and stands where singers romanticize the ranchero songs of mariachis . This parade occurs several times during a 10-day period, a time of fireworks, horse and cattle parades, bull fighting, carnivals, dancing, beer drinking and junk food. There is also guaro (liquor) drinking, as you can see in the first video a group of men are drinking Costa Rican Cacique, a clear, strong liquor, from cattle horn vessels.

Along the parade route, there is also a stand where you can by coyol, a traditional alcoholic drink made from the trunk of a tall, spiny palm common in Guanacaste province. The booth always has the sign, "Aqui me quedo," or Here I stay, perhaps an allusion to the strength of the homemade brew. The fermented sap looks like diluted Elmer's glue and has the same odor in my opinion. It is also said to cause severe hangovers.

What follows are two videos, one of a three-person mariachi and another of the parade. I have also included select photos showing the horse adornment and some of the hats that people wear. In a separate hub, I have also included a video of a night parade that also occurs during this 2-week fiesta. Be sure to visit that as well. The link is included in one of the sections below.

A Cimarrona Band Resting at the End of the Parade

The Music of Fiesta Civicas

In the video above, Doña Pili Rodriguez and her band are shown playing the marimba as part of one of the topes (parades) that occur during the Fiestas Cívicas. There are several small and large marimbas along the parade route. Large ones like the one shown require 3 people to play all the notes.

Later in the video, you can hear another type of music, the music of a brass-band group called a cimarrona (roll the rr when pronouncing if you can). These bands are always a part of the parades and often travel squeezed into the back bed of small pickups. Occasionally they travel by foot in the parades. They are also present at the bull-riding arenas as part of the entertainment. High school bands are also present in the parades, with drums as a prominent performance.

The Horses in the Parade

There are several parades (called topes or desfiles) and the highlight of the parades are the horses. The queen and her two princesses ride horses wearing long traditional dresses. There are at least 200 horses during the weekend parades. They come decked out in ornamentation consisting of leather, horsehair and some silver. The traditional saddles of the region are present on quite a few of the horses. I have also published a separate video hub on the night desfile or nighttime parade that occurs towards the end of the fiestas, so please visit that to see some of the sights during that event.

Mules are also popular in the parades, but they can't do the high-stepping trot that many of the horses are trained to do. They trot in place, or they can trot gracefully with slow forward movement. Below are two dapple grey trotting horses and two walking, but well-adorned mules:

A Video of Bull Riding and Collisions

The video below is one I took in 2009. There are two bull mounts. The first is a two-man mount, where one guy rides on the neck of the bull. The guy who mounts on the neck always gets thrown first, usually within 10 feet of the release into the arena. The last bull taped was perhaps the most aggressive of the fiesta. He injured six people after the rider was thrown. There was another bull later that up-ended a vendor who had a cooler full of ice and beer. Ice and beer skyward. Yes, they do drink beer in the arena. It is a fiesta, after all....!!

The Rodeo: Bulls and Arena Events

The bull riding happens during the afternoon and evening in a temporary stadium that is built up every year, stick-by-stick ( it takes almost a month to do). Each of about 8 sections are built by a different concessionaire, who charges whatever they can get, from $5 and up per person. The filled and finished stadium is shown in the photo below where a bull is doing its best to gore some kids. The area is usually full of kids who taunt the bulls, much more full than in the fiestas in Zapote and Palmares.

The pole that the boy is climbing is greased with lard, and there is a prize for the first one who gets to the top, about $100. How do they get to the top? By throwing sand on the lard and carrying sand with them as they go upwards. It takes a few days of the fiestas before someone makes it to their reward.

So, if you are in the Guanacaste area during late March and early February, check out the Liberia Fiestas Civicas. It is exciting, if not inebriating, and perhaps you can make it more exciting by getting in the arena at the rodeo to play Russian Roulette with the bulls. After all, it is free to get in this part of the stadium, you can slip in through the fence under the bleachers, and it's you can be part of the entertainment for the crowd. Tourists occasionally are seen doing it. 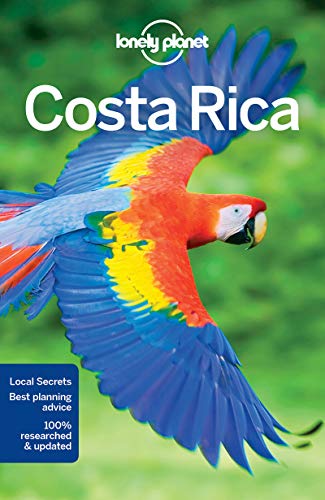 More Resources on Liberia and Guanacaste