Map of the Southwestern Portion of Nicaragua and Ometepe Island

A Photo of Ometepe Island

Location and Transportation to Ometepe Island

Lake Nicaragua is the largest lake of Nicaragua. It is located in the southwest portion of the country near its border with Costa Rica. Within the lake there are many small islands and one large one that arose from volcanic action. On this island called Ometepe, there is one extinct (Maderas) and one active volcano (Concepción), and each of the volcanoes are connected by a narrow isthmus. Ometepe is the largest fresh water volcanic island in the world.

There are three ways of getting to Ometepe, two public ferries or you can hire someone to take you there. One ferry leaves from Granada going to Altagracia twice a week, Monday and Thursday. The other port is San Jorge (near Rivas), where there are regular boats and ferries. To find the times of departure from both ports see Boat Schedules - Ometepe Island. The boats will give you a more nauseating ride because of the waves of this large lake, so I advise you to take the larger ferries. The trip can take from 30-45 minutes going from San Jorge, and about 1 1/2 to 2 hours from Granada. It seems so close, but navigating the lake is a slow journey.

Music of Nicaragua and Many Ometepe Photos

One of the Ferries Going to Ometepe Island

Places to Stay on Ometepe Island

There a two major towns which are located on the portion surrounding Volcan Concepción, Moyogalpa and Altagracia. Moyogalpa is the largest and has the largest selection of hotels, but there are many places to stay along the road to Altagracia. Lucia and I stayed at two of the hotels near Charco Verde (green puddle), which is a lagoon reserve where you can do some nature watching and/or kayaking. We ended our stay with a night at the American Cafe and Hotel in Moyogalpa, which was quite comfortable and roomy. This hotel is owned by a friendly couple from the U.S. Some of the colorful pictures that follow are of Moyogalpa.

Concepción Volcano is a perfectly shaped cone. It is an imposing and ever-present aspect of the view on the island. It certainly is still active. Before my visit, in 2005, there was an earthquake that crack the pavement in the nice roads that they have there. They fixed that, but there was another strong eruption in 2010. The residents were ordered off the island, but they didn't pay any heed. Below is a photo of the volcano from a hotel near Charco Verde. 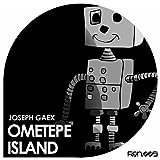 Photos Taken Along the Ometepe Shores

There is a lot of activity around the shores of Ometepe Island. Of course, there are fishermen who are offshore a few hundred yards in small boats. There are also women washing their clothes, children playing in the water and cattle are driven to the shoreline to get water. My walk along the shoreline gave me the following photos.

There are several things that I saw while on the island for 3 days and nights. There is a place called the Ojo de Agua (a naturally spring) where you can swim in two pools and there is a place there where you can buy sodas, alcoholic drinks and food. It is a very relaxing place to be. A photo of that location follows this section.

There is also a museum on the island that is worth visiting. Photos from that museum are featured on the page Ometepe Indian Artifacts. This museum, Museo Ceibo, is really worth a visit to get a sense of the rich indigenous, Pre-Columbian history of the island.

Ecotourists visit the south end of the island to scope out the biodiverse natural rainforest environment there. There is a large reserve there where people study botany, primates, amphibians, etc. If you have interest in this option, I suggest you visit the website of the Maderas Rainforest Conservancy.